Dr. Len Peters, secretary of the Kentucky Energy and Environment Cabinet, discusses the EPA, adhering to the new regulations, and a new documentary about the future of coal and natural gas in the state.
S10 E22 Length 27:46 Premiere: 4.25.15

As the battle wages in Congress and the courts over federal limits on carbon dioxide emissions, Kentucky energy officials are taking a different approach to the matter. They want to work with the Environmental Protection Agency to help shape regulations in a way that takes into account the commonwealth’s unique blend of energy and economic resources.

State Energy and Environment Secretary Len Peters discussed this strategy and other policy issues on KET’s One to One this weekend.

Limits Could Affect Kentucky Differently
Over the past several years the EPA has developed its proposed limits on greenhouse gas emissions from new and existing power plants. The overall goal of the Obama administration is for the nation to reduce carbon dioxide emissions by 30 percent by the year 2030.

Peters says his agency wanted to educate federal regulators on how Kentucky would be uniquely affected by such rules based on its supply of locally mined coal and a growing base of companies that depend on a reliable supply of relatively inexpensive electricity.

“If you’re a manufacturing state, like we are,” Peters explains, “as opposed to a state that has more of a service-based economy, the regulations really impact you differently because of the energy requirements of our industry sector.”

More than 200,000 Kentuckians are employed in some form of manufacturing in the commonwealth. Peters says the state is now the third largest provider of automobiles, and produces 40 percent of the aluminum and a third of the stainless steel manufactured in the U.S.

He says the traditional source of energy for those businesses has been power generated by burning coal. But Peters contends manufacturers are what he calls “fuel agnostic.” He jokes that they would take power from burning tennis shoes, if a clean source of that were available.

“They want the most affordable electricity to provide the lowest price, or the lowest additive cost to their manufacturing process,” Peters says.

Critics Question EPA’s Authority
Opponents of the proposed EPA rules say the carbon limits would force power plants to retrofit with pollution control devices or switch to cleaner burning natural gas, while some older generating stations might be forced to shutter. The result would be higher electricity rates for commercial and residential customers, which could stymie economic growth.

Kentucky’s coal producers along with much of the state’s congressional delegation have been highly critical of the Obama administration’s proposal. State Attorney General Jack Conway (who is also a Democratic candidate for governor) even joined a lawsuit filed by about a dozen states challenging the EPA’s authority to regulate carbon emissions under the Clean Air Act.

The EPA is currently considering more than 3 million comments it received about its proposed regulations and is expected to present its final rules in August, according to Peters. He expects the rules will require each state to present a plan as to how they will meet the specific emission reduction targets mandated for that state.

To Respond, or Not to Respond
Sen. Mitch McConnell has urged states not to submit plans as a way to protest the greenhouse gas limits, which he says are unfair and potentially illegal. He contends states should wait until the courts rule on whether EPA is acting under proper regulatory authority.

While Peters says he agrees with McConnell that electricity rates should be kept affordable, the secretary plans to proceed with a reduction plan for Kentucky. Peters argues it’s better for the state to write its own plan that local officials can tailor to specific circumstances here. States that don’t submit a reduction strategy would be forced to abide by what Peters calls a more generic, “one-size-fits-all plan” created by federal officials that could prove harmful to Kentucky interests.

“We can make it work together but it’s not simply by always pushing back,” Peters says of the struggle between those opposed to the regulations and those concerned about the environment. “We’re going to have to figure out how we can do it best for Kentucky… in our plans and our policies as we move forward.”

A Focus on Energy Efficiency
Peters acknowledges that Kentucky will continue to burn coal, but he also wants the state to expand its energy portfolio to include more natural gas as well as renewable sources. He also sees efficiency measures as a key component of the state’s energy plan. He says much can be done to reduce greenhouse gas emissions by reducing demand for electricity in the first place.

Peters notes that more than 250 public school buildings in Kentucky have gained Energy Star ratings since Gov. Steve Beshear took office. He says five industrial firms in Kentucky have also achieved the federal energy efficiency ranking in the past year alone. He says businesses want to become more efficient because that can help increase profits.

Peters says his staff will provide as much analysis and strategy development for a carbon reduction plan as possible before a new governor takes office in December. He says it will be up to the next administration to decide which option to pursue. Peters says he doesn’t expect to continue as secretary of the cabinet, but he says he is open to helping the agency in a different capacity. 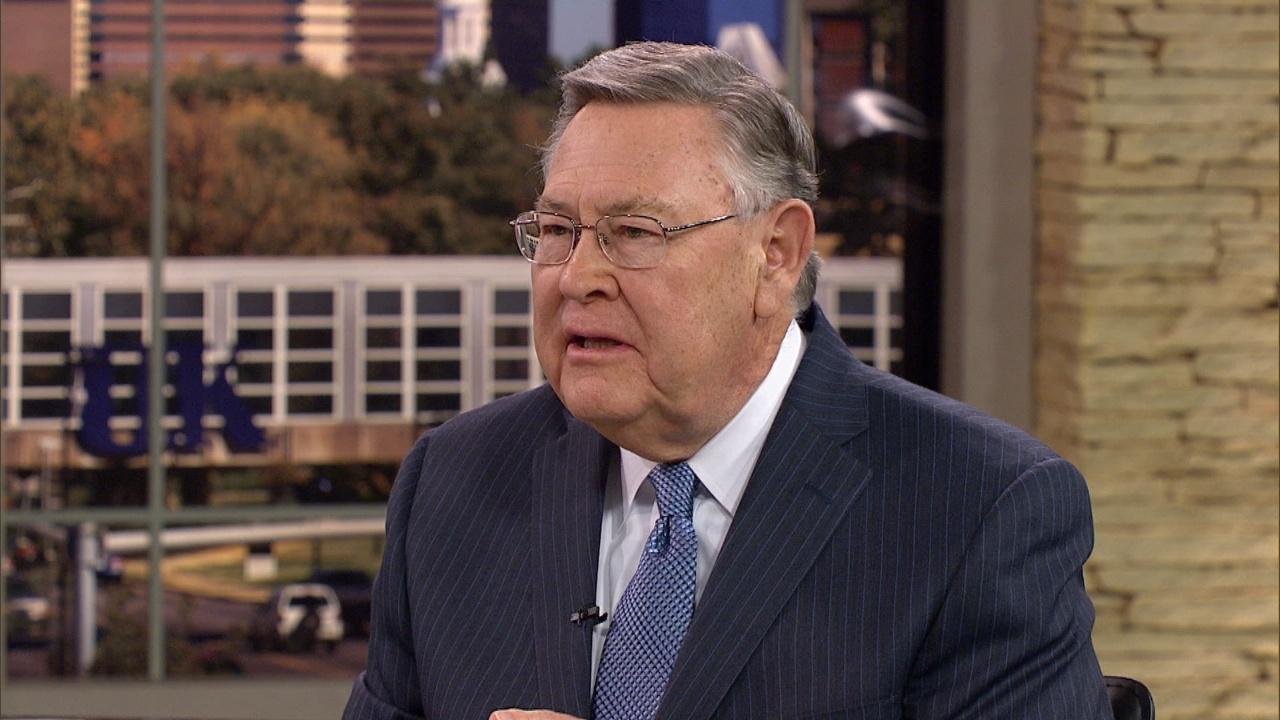