The eastern Kentucky banker and long-time Republican strategist is president and CEO of the American Coalition for Clean Coal Electricity. Duncan spoke with KET’s Bill Goodman for this weekend’s edition of One to One.

Duncan has a wide range of criticisms for EPA’s proposed rules for the nation’s existing and proposed coal-burning power plants. He contends the agency’s focus on carbon sequestration, while important, overlooks what he says are 15 other ways to make coal a cleaner fuel source.

Greenhouse Gas Limit for Kentucky
In June, the Obama Administration proposed an overall 30 percent reduction in carbon dioxide emissions from the country’s existing power plants by the year 2030. The EPA set specific reduction targets for each state, and gave them flexibility to develop a plan to meet those goals. Kentucky, for example, has to reduce its emissions by 18 percent.

Duncan says that target doesn’t give state regulators as much flexibility as the EPA claims and it would force Kentuckians to use less energy. He also asserts the rules call for a 400 percent increase in renewable energy sources in the commonwealth, which he claims is impossible to meet under the 15-year timeline.

The results of the proposed policies, according to Duncan, will hurt low-income Kentuckians who can’t afford to pay more for electricity, and the state’s manufacturers, who depend on reliable – and inexpensive – energy. Duncan argues the rules do little to address President Obama’s concerns about climate change.

“If you shut every coal plant in America, you would only reduce the CO2 emissions by 3 percent,” Duncan says. “You would only change the sea-level rise by less than the thickness of a penny. So it’s really not accomplishing what the president says.”

Coal Advocates Look to Fight Back
While state regulators and utilities develop plans for meeting their emissions targets, the coal industry is building its case against the proposed rules. Duncan says his organization, American Coalition for Clean Coal Electricity, will work in the “court of public opinion” to let citizens know how the rules would affect them. He says his coalition along with other groups like the U.S. Chamber of Commerce and the National Association of Manufacturers will be involved in the public debate over the issue.

Opposition could also come from legislators and the courts. Duncan says state governments could bar implementation of the policy, or Congress could restrict EPA funding to force a change in the regulations. And as a last resort, the matter could be decided in the courts. He points to a suit already filed by a dozen states (including Kentucky) and Murray Energy Corporation challenging the legality of the greenhouse gas limits.

“Once regulations get in place, they’re more difficult to unroll,” Duncan explains. “That’s why we’re saying this is a rush to judgment… Let’s make sure we have a national dialog, that people understand the consequence of this regulation.”

Politically Minded from an Early Age
Some of Duncan’s earliest memories are of political candidates who stumped at his father’s country store in McCreary County. He says the family also played a game of naming presidential cabinet secretaries at the dinner table. His own involvement started when Duncan was still a child: He volunteered for Tennessean Howard Baker’s first Senate campaign in 1964.

Since then Duncan has worked for five Republican presidents and has served as chairman of the Republican National Committee. In response to the Bipartisan Campaign Finance Reform Act of 2002, he joined with fellow Republican strategist Karl Rove to form the super PAC American Crossroads.

Duncan says he’s pleased with how the GOP has evolved from being a party of of the northeastern establishment, to a base that includes the Midwest and South and embraces individuals ranging from the Christian Coalition to the Tea Party. He’s eager to see how younger generations will shape politics in the years to come.

“I tell my students that I mentor that there are two things in life you really should look for: one is meaning and the other is adventure,” Duncan says. “And those two things I find in abundance in politics and public life.” 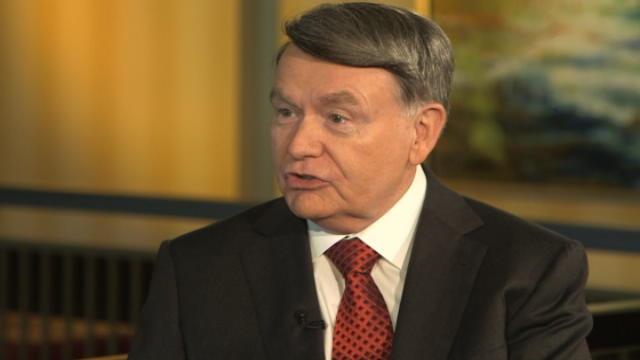