Before this year Nancy Jo Kemper had never run for public office but she points to her 18 years as executive director for the Kentucky Council of Churches as an excellent training ground for political service. Part of that job included helping to craft and promote legislative agendas approved by members of the organization that includes representatives from a dozen different Christian traditions.

“It was a great experience that I believe has given me a world of wisdom about people,” says Kemper. “I’ve done all the legislative experience and covered a range of subjects from environmental issues to anti-poverty work to criminal justice reform and tax reform, so that the breadth of my exposure and knowledge is vast.”

The Lexington minister is the Democratic candidate in the 6th Congressional District race against incumbent Republican Andy Barr. She appeared on KET’s One to One to discuss her career and her policy priorities.

Kemper is a native of Lexington and a graduate of Transylvania University and Yale Divinity School. She served as a minister for some 25 years and worked briefly for the Urban League of Little Rock, Ark., before joining the Kentucky Council of Churches in 1991.

Since retiring from that group, Kemper has pastored a small Disciples of Christ congregation in Woodford County. She decided to run for Congress because she says she’s “fed up with politics as usual.” She attributes the surge in voter anger and discontent to a deep hurt about a government that no longer works the way it’s supposed to.

“We need some fresh ideas, some people with new experiences to bring to Washington to really represent the people and not represent corporate interests,” Kemper says. “It feels to too many people like our government’s been for sale and frankly it looks to me, as I study the issues, as if it has been.”

Banking, Taxes, and the Economy
Kemper says she wants to hold megabanks and Wall Street interests to greater account while helping smaller, local banks better serve their customers. She says she favors changes to the 2010 Dodd-Frank Wall Street Reform and Consumer Protection Act that would make it easier for community banks to make small business loans as well as consumer loans for home and car purchases. Kemper says she also supports the Consumer Financial Protection Bureau, which was created by Dodd-Frank, and wants to keep the independent agency free from congressional interference.

The Democrat favors an increase in the federal minimum wage and she wants to enable individuals with student loan debt to refinance their obligations at much lower rates.

“It’s absurd that young people are paying, 6, 8, 12 percent interest on student debt,” Kemper says. “It strangles them for the rest of their life so that they are burdened and can’t participate in the economy… That dampens the economy for all of us when we allow the banks to make millions of dollars off of our young adults and their debt to become educated and contribute to the society.”

Kemper also calls for more spending on education and vocational training as well infrastructure improvements. She says she would pay for those increases by shifting funding away from unnecessary military spending and by amending tax policies to institute a progressive tax on capital gains and eliminate carried interest tax loopholes.

Health Care, Social Welfare, and the Environment
On recent health care reforms, Kemper says the Affordable Care Act and Medicaid expansion need to be “tweaked” to ensure that those efforts remain functional and affordable for consumers and to prevent health insurance providers from pulling out of markets.

She opposes any efforts to place Medicare on a voucher system as proposed by some Republicans. Kemper also rejects any expansion to work requirements for individuals on the Supplemental Nutritional Assistance Program (what used to be known as food stamps).

Kemper says abortion should remain legal but she wants the government to do more to prevent unwanted pregnancies. As an example she points a dramatic drop in such pregnancies and abortions in Colorado after that state made birth control free. Kemper says she endorses federal funding for Planned Parenthood because she says the vast majority of the organization’s work is devoted to reproductive health services and avoiding unintended pregnancies.

Just as she supports tight regulations for the banking industry, Kemper says she also favors strong federal oversight by the Food and Drug Administration and the Environmental Protection Agency. She contends it is part of government’s role to ensure the safety and quality of things like roads, pharmaceuticals, food, and the natural world. She claims that some parts of eastern Kentucky have water that is as polluted as what Flint, Mich., experienced with lead-tainted water.

“It’s not about government overreach,” Kemper says in response to critics of federal regulations. “It’s about protecting all of us so that our kids, all of us can breathe clean air [and] so that we can have clean water.” 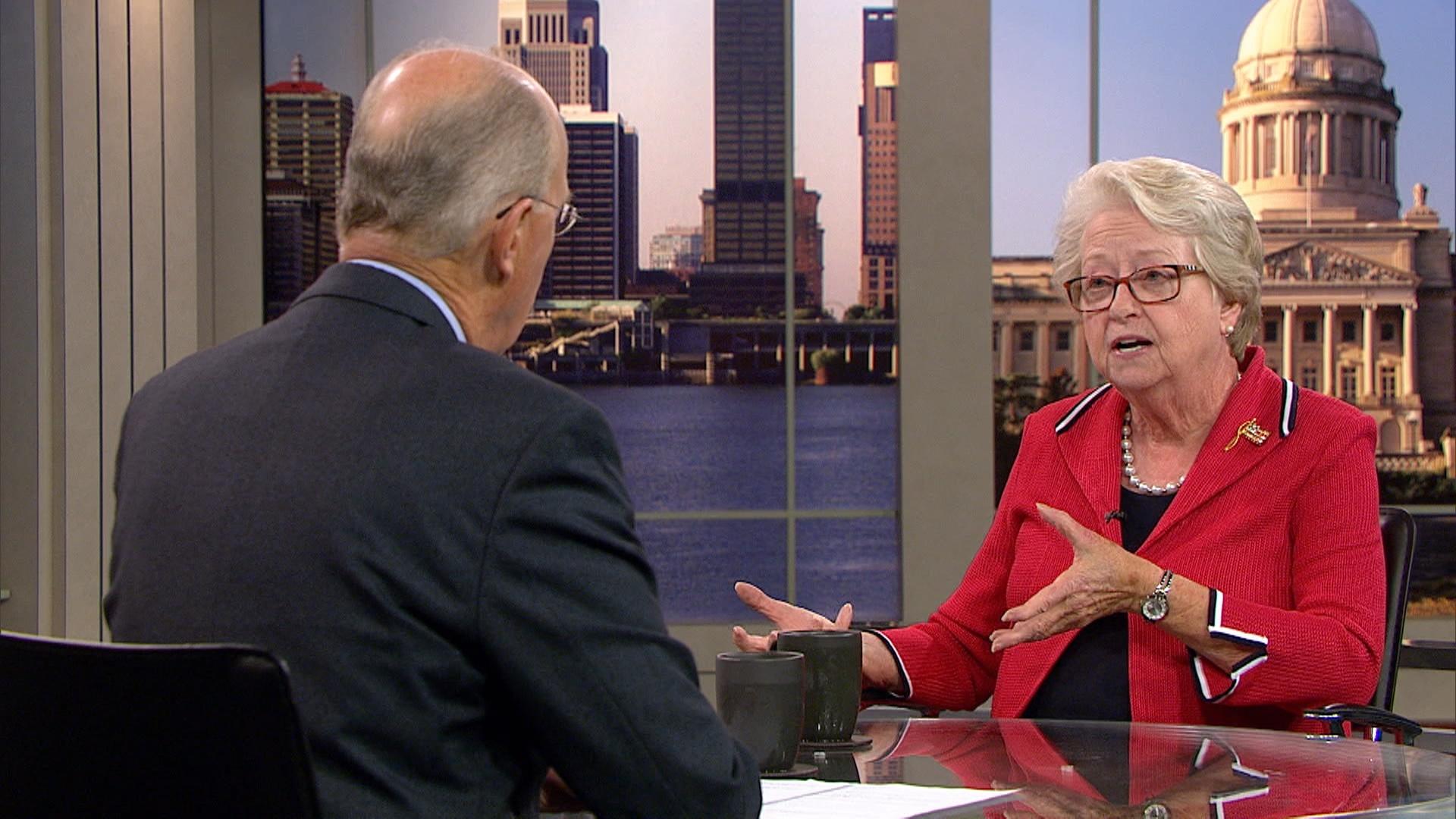