Getting Personal with Cancer and Heart Disease Treatment

Imagine a time when your health records don’t simply contain a history of the conditions you’ve been treated for, but instead include a personal genetic map that reveals the diseases you’re at greatest risk of developing and the best way to treat those conditions if they do arise.

That’s the promise of precision medicine, and with continued advances in genetic testing, some patients are already seeing the benefits of these new, highly personalized treatments.

University of Kentucky physicians Mark Evers, director of the Markey Cancer Center, and Susan Smyth, medical director of the Gill Heart Institute, appeared on KET’s One to One to discuss the future of precision medicine.

The Roots of a More Personalized Approach
You could say origins of precision medicine date back to the 1950s when researchers Francis Crick and James Watson discovered the double-helix structure of DNA. But it would take another three decades before efforts to sequence the entire human genome started to gain momentum. Then in 2003 scientists announced they had mapped 99 percent of the 3 billion base-pairs – or rungs – in the DNA “ladder” of humans.

That’s about the time Dr. Evers says he saw personalized medicine begin to take off. He recalls that when he started as an oncologist 20 years ago, most colon cancer patients would be treated the same way whether they were a 35-year-old woman or an 85-year-old man.

“We know that each individual is different, so why should they be treated the same?” Evers says. “But it’s only been within the last 10 years I would say that there’s been an explosion of techniques [and] technologies that really have allowed us to identify biomarkers to be able to treat patients differently.”

Heart Specialists Slower to Respond
Evers says breast cancer provided the one of the first major forays into precision medicine. (He uses the terms precision medicine and personal medicine interchangeably.) Researchers identified estrogen and progesterone receptors and later a receptor called HER2 that helped doctors better focus treatment protocols for individual breast cancer patients. Now Evers says scientists are looking at other genetic mutations to help oncologists understand why some patients respond better to certain treatments than others.

Dr. Smyth laments that her fellow cardiologists have been slower to embrace the new genetic approaches.

“A relatively recent survey by the American College of Cardiology indicated that probably less than 10 percent of cardiologists right now are applying personalized or precision medicine in their practices,” Smyth says.

She attributes a large part of the delay to her specialty’s traditional focus on clinical trials for new devices or drug strategies that would benefit thousands of heart patients who shared a similar risk factor. Smyth says that’s slowly changing as researchers explore blood plasma biomarkers, genetic signatures, and electrical conduction abnormalities that can indicate a greater likelihood of cardiovascular problems.

“There’s a huge amount of heart disease that we know has a component that’s genetic and a component that’s environmental,” Smyth explains. “And we’re just beginning to scratch the surface to understand how those factors interact.”

Moving from Treatment to Prevention
Smyth and Evers say environmental exposures like air pollution, for example, and lifestyle habits like poor diet further complicate the process of developing highly personalized strategies for cancer or heart patients. But they say researchers are working to integrate those factors into the treatment mix.

But precision medicine isn’t just about treating a disease that’s already manifested. Evers and Smyth say these genetic markers can tell patients the conditions they’re at greater risk of developing so that they can take preventive health measures and be on guard for signs of the disease onset.

A high profile example of this came in 2013 when actress Angelina Jolie announced that she had a preventive mastectomy because tests showed she had a flaw in a gene called BRCA1 that normally suppresses cancer tumors. She later opted to also have an oophorectomy to remove her ovaries. Jolie had lost her mother and grandmother to ovarian cancer, and other family members to breast cancer.

Evers says not everyone who demonstrates a genetic risk for a certain type of cancer may choose or need to take such extensive measures. But he credits Jolie for making her decisions public as a way to foster discussion about these emerging health issues.

The Future of Personalized Medicine
Evers says he believes genomic medicine will eventually help with prevention, diagnosis, and treatment of a wide variety of conditions ranging from colds and flu to diabetes. He’s heartened that research funding through the National Institutes of Health could be set to increase, and that more philanthropic support is being devoted to studying precision treatments.

But both doctors are reluctant to say personalized medicine will eradicate cancer or heart disease. They say that’s because so many genetic and environmental factors can play into the formation of a disease, not to mention how disease cells themselves can mutate over time. Evers says that’s especially true for cancer, which he calls a very smart disease.

“I don’t think eradicate is the correct word,” Evers says. “I’m hoping for a world where cancer is a chronic disease…I think we’re always going to be plagued with cancer… but if it could be a treatable disease like diabetes… then to me, that’s a huge win for us.” 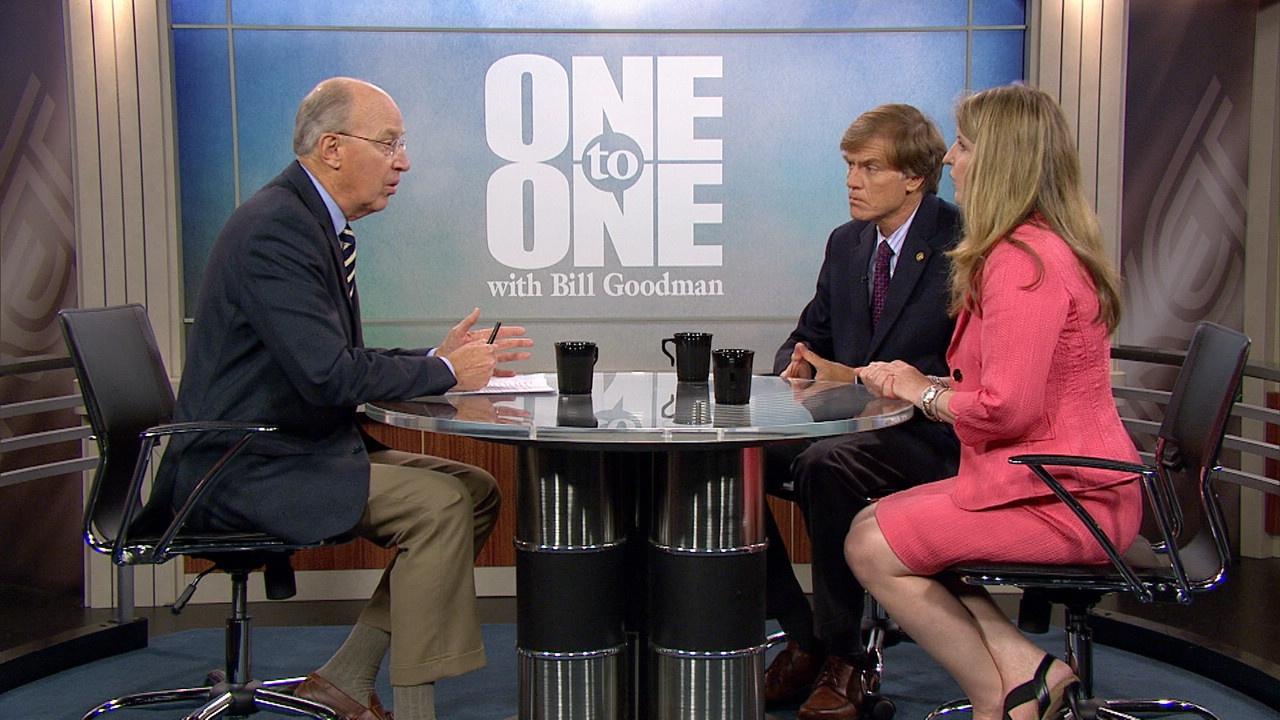