Despite the state’s dire budget outlook, higher education advocates hope to convince lawmakers to restore the funding Kentucky’s public colleges and universities have lost in recent years. The advocates say that money pool is vital to helping those schools regain their momentum in sustaining the dramatic improvements they’ve made since the Postsecondary Education Improvement Act of 1997.

And they’re proposing a new funding model to make their request more palatable to legislators.

Kentucky Council on Postsecondary Education (CPE) President Bob King appeared on KET’s One to One to explain the organization’s budget request for the coming biennium.

Rates of Improvement Couldn’t Be Sustained
King says the 1997 reforms led to a number of changes in Kentucky’s public colleges and universities. The state provided increased funding for operating budgets, created a “Bucks for Brains” program to help lure top teaching and research talent to the commonwealth, invested in various capital construction projects at the schools, and restructured the community college system.

As a result, those institutions made significant gains from 2000 to 2009, according to King: Kentucky rose to first in the nation in the rate of improvement in six-year graduation rates at state universities, third in improvement in three-year graduation rates at community and technical colleges, and second in the percentage of young working adults who had attained an associate degree or higher.

“No state was making more progress faster than the state of Kentucky,” King says. “I would attribute that not just to the hard work of the officials and the faculty on our campuses, but to the fact that the legislature and the governors at the time were prepared to make these investments in the institutions.”

But then the recession hit and lawmakers were forced to cut higher ed funding during the lean budget years.

And the gains the schools had made started to reverse.

King says the rate of improvement in university graduation rates went from first in the nation to 41st. Community and technical collage graduation rates dropped from third to 44th. And the percent of young adults with degrees fell from second to 24th.

“The reality is that the investment in higher education has not just stopped but it has regressed so that the flow of dollars to the universities is down both in terms of actual dollars [and] it’s even further down if it’s inflation-adjusted dollars,” King says.

At the same time, King says student enrollment increased by almost 10,000, the state shifted building operation and maintenance expenses to the campuses, and schools were hit with a number of cost increases due to inflation.

The result, King says, is that since the recession, all the state schools combined experienced budget cuts and cost increases totaling about $3.5 billion. Tuition increases during these years made up about $2.5 billion, leaving the schools to absorb $1 billion in unfunded expenses. And that has hurt the academic performance, according to King.

A New Proposal for Performance-Based Funding
Now that the economy is back on track and Kentucky is projected to experience a growth in state revenues, King says the Council on Postsecondary Education has requested that the legislature recover half of the funding cuts the schools endured from 2007 to 2015. That would total about $87 million.

To make that proposal more palatable to lawmakers, CPE wants to make that funding contingent on the schools meeting certain performance-based criteria.

“So what we’re asking for is to restore a portion of what was their base funding,” King explains, “and we’re willing to put that entire amount, that part of their base, at risk, which I think it’s a pretty reasonable trade off.”

The schools would be required to meet a variety of metrics such as increasing the number of degrees produced, improving retention and graduation rates, and reducing achievement gaps between certain student populations.

One criticism of the performance-based funding model is that it could pit urban institutions with access to more resources and higher achieving students against schools in rural areas that might not have those same assets. But King says the CPE plan gives each school its own goals for each of those criteria based on that institution’s current performance.

“What we’re trying to incentivize is improvement, and the rates of improvement will vary from campus to campus,” King says. “So the campuses aren’t really competing against each other, they are competing against themselves and the targets that we will agree to with them.”

King says the CPE has offered to tie a portion of higher education funding to performance-based metrics in previous budget cycles, but the legislature has so far declined to embrace it. Given Gov. Matt Bevin’s promotion of performance-based funding during his campaign, King says he thinks there’s now greater enthusiasm for the idea in Frankfort.

Other Budget Priorities
Outside of the performance-based funding proposal, King says CPE has several other budget requests for the General Assembly. These include $12 million to enhance research capabilities at the universities of Kentucky and Louisville; additional monies for Northern Kentucky University and Western Kentucky University to make their funding more equitable to what other state schools receive; special appropriations to stabilize Kentucky State University; and funding to provide tuition support to students attending state community and technical colleges.

King says he understands the fiscal challenges facing the commonwealth, especially with the public pension deficits and the bill for Medicaid expansion. But he says he hopes legislators see the CPE’s requests not as just another expense but as an investment in Kentucky’s future prosperity.

“I really believe that the most promising strategy that the state can pursue in order to grow the economy, which will help address these other problems, is to create the workforce that 21st century employers are looking for,” King says. “And there’s no other way to do it than through higher education.” 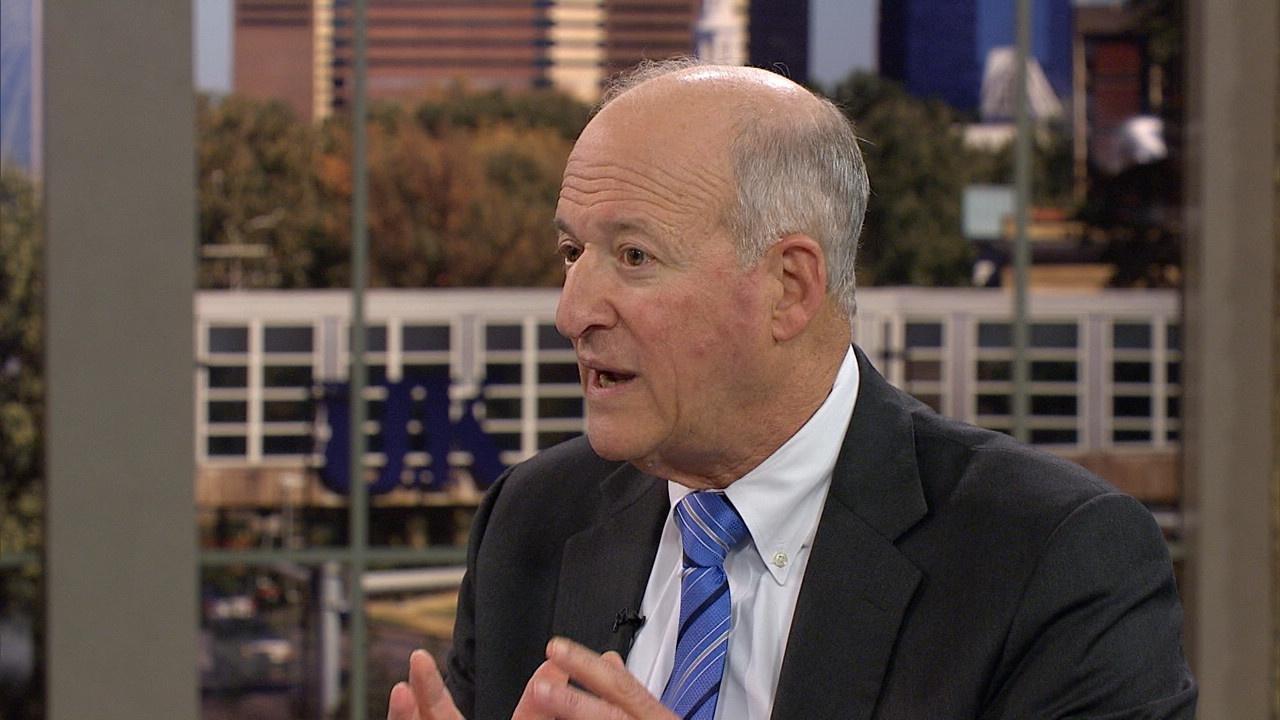