Rep. Hal Rogers: One to One From Washington

With Republicans now in control of the U.S. Senate and House, Rep. Hal Rogers is eager to get back to the regular order – that is, the traditional process of debating, amending, and voting on legislation, which he says had been stymied for four years by former Senate Majority Leader Harry Reid.

In a special edition of KET’s One to One, Rogers outlined his goals for the 114th Congress and for the second Shaping Our Appalachian Region (SOAR) summit coming up in mid-February. The Somerset Republican has represented Kentucky’s 5th Congressional District since 1981.

A Focus on the Budget Process
As he begins his third term as chairman of the House Appropriations Committee, Rogers says his goal is to pass 12 separate budget bills to fund the entire government. He says he wants the process to be like it used to be, where lawmakers thoroughly review “every inch of spending that’s in that particular bill” before sending it to the president for his signature.

The budget process this year is even trickier as another round of sequestration cuts looms. To avoid another government shutdown, Rogers says he will discourage his colleagues from attaching what he calls “poison pill” riders that could cause the Senate or President Obama to reject a budget bill.

“We’ve got to fund the government,” Rogers said. “That’s the only thing we’ve got to do, and these bills are the only way to do that.”

But the congressman says he won’t hesitate to use the budget to reign in the Environmental Protection Agency over its regulation of the coal industry. He says recent cuts to EPA funding have caused the agency to reduce its staff to its smallest size since 1989.

“And we’ll continue to do that as long as they act arbitrarily, as they are, and, according to the federal courts, beyond their authority,” Rogers warned.

Relations with the White House
Rogers says he was surprised by the “cocky tone” of President Obama’s recent State of the Union address, especially given the Republican victories in the midterm elections. He credits Obama for giving a good speech, but says Congress will not approve the “litany of liberal dreams” the president proposed. Rogers says some of Obama’s ideas are good, but he contends adding those costs to the budget would cause the national debt to soar.

Instead, Rogers says Obama should focus on issues where he and legislators could find agreement, such as foreign trade. As the Chinese economy slows, Rogers sees untapped export opportunities for American goods around the world. Another potential area of compromise, although much trickier, is tax reform. Rogers says the tax codes are in desperate need of simplification to reduce the number of loopholes.

Other Key Legislative Issues
Rogers acknowledges that repeated efforts by Republicans to repeal the Affordable Care Act will likely remain unsuccessful. “It’s such a cost burden and it’s unfair,” Rogers said of Obamacare. Short of a full repeal, though, the congressman says lawmakers will continue to “chip away” at certain aspects of the legislation.

Other important issues before the new Congress include immigration and homeland security. Rogers says lawmakers must address President Obama’s 2014 executive order to delay deportation for some undocumented immigrants. And Rogers contends more should be done to confront the unique dangers posed by al-Qaeda and Islamic State militants.

“Those enemies are not in uniform, they don’t represent a nation, they don’t have a single commander in chief, and it’s bottom-up rather than top-down type warfare,” Rogers said. “We have to equip ourselves and equip our thinking to this new type of threat.”

But Rogers says he’s not sure a new congressional authorization to fight these terror groups is necessary at this time.

Keeping a Focus on Eastern Kentucky
In additional to his federal budget duties, Rogers remains committed to revitalization efforts in his Appalachian district. He says a second SOAR summit is scheduled for Feb. 16 in Pikeville to discuss plans for executing ideas and strategies that have come from the initiative.

Rogers is also eager to see the installation of high-speed, high-capacity Internet service completed in the region in the next two years. With the high-tech jobs that broadband capacity could bring to Eastern Kentucky, Rogers says he’s encouraging local schools to begin teaching computer coding classes and other skills that potential employers might need. And he’s prompting local businesses to consider how they could tap into the improved Internet infrastructure.

“We no longer have the barrier of harsh terrain [or] lack of good roads…. because you can do your work through the Internet regardless of where you are,” Rogers said. “So for the first time ever, we’re going to be in the competition with the rest of the world from east Kentucky.” 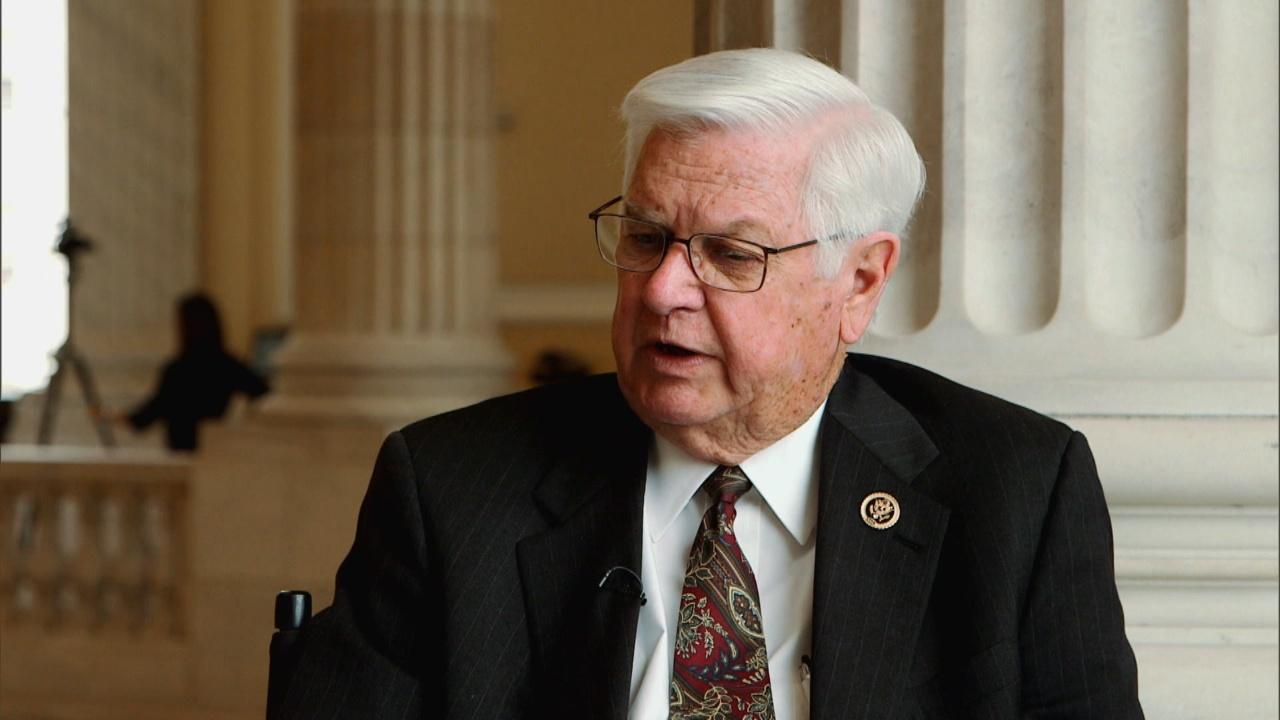