A staggering number of drug overdose deaths in recent years–1,087 in Kentucky and over 47,000 in the nation in 2014–is linked not so much to the illicit drug trade but to legally prescribed painkillers. In fact, the Centers for Disease Control and Prevention reports that the prescribing and sales of opioid medications like OxyContin, Percocet, and Vicodin have quadrupled since 1999.

That’s why the CDC recently released new guidelines for primary care physicians to encourage them to change how they treat patients who experience chronic pain.

Dr. Tom Frieden, director of the CDC, appeared on KET’s One to One with Bill Goodman to discuss drug addiction and the new guidelines. The program also featured University of Kentucky President Eli Capilouto and Dr. Catherine Martin, division director of child and adolescent psychiatry at the UK College of Medicine.

Rethinking Treatment for Chronic Pain
When reviewing the statistics about the health of Americans, Frieden says most metrics are either improving or maintaining the status quo. But the one major health problem that is getting worse, he says, is deaths from opioid-related overdoses. The CDC reports that more than 40 people die every day from overdoses connected to prescription opioids.

“There’s no quick fix here,” Frieden says. “It took 15 years for it to get this bad, and it’s not going to get turned around overnight.”

But Frieden says he’s confident the problem can be reversed through the coordinated efforts of health care providers, law enforcement officials, policymakers, and patients.

The CDC’s new guidelines are part of the government’s effort to help reduce the supply of opioids being prescribed today. The directive encourages doctors to explore non-opioid therapies for chronic pain patients (excluding those who have active cancer or need palliative and end-of-life care). If the provider does write a prescription for an opioid pain reliever, the guidelines recommend limiting the number of pills that the patient receives and closely monitoring that patient for signs of addiction.

Freiden says he hopes the guidelines will help address a troubling facet of medical training in the U.S. During his years in medical school, Frieden says treating pain was covered in a one-hour lecture that concluded with the professor saying patients who use opioids for relief won’t get addicted.

He says that was completely wrong.

“Pain management is an art and a science, and for chronic pain the risks of opiates are generally going to far outweigh the benefits,” Frieden says.

In all the data the CDC reviewed to develop the new guidelines, Frieden says it could find no evidence that a chronic pain patient who received an opiate would be in less pain after a few months on the drug. But he says there was some data to suggest that opioid drugs may serve to increase a patient’s perception of pain, so over the long term they may feel more discomfort for having taken a painkiller.

Addiction Can Facilitate Spread of Other Diseases
The epidemic of addiction can lead to a host of other problems, especially as people move from prescription painkillers to other narcotics. Frieden points to Austin, Ind., a small community where a group of people with addictions began injecting an opiate called Opana. He says one of those people was HIV positive, and within a few months more than 180 people in the southern Indiana town were infected with HIV from sharing used needles. Hundreds more had contracted Hepatitis C.

“That kind of thing could happen anywhere people are using injection drugs,” Frieden says. “That’s why it’s so important that people not inject drugs … and if people are injecting drugs, that they have access to sterile needles so they don’t spread disease widely.”

Frieden says the scope of the drug scourge requires collaboration among the medical community to reduce the number of prescriptions for opioid painkillers; law enforcement to crack down on the trade of illicit drugs and to direct low-level criminals into treatment; and lawmakers to provide funding for more treatment options and research into alternative therapies for chronic pain.

“If we do all of that, we can save a lot of lives and we can improve the lives of a lot of families and communities,” Frieden says.

UK Develops Overdose Treatment
University of Kentucky President Eli Capilouto says the academic community also has a critical role to play. He says schools can research treatment options and explore important policy questions that arise from addiction, and then share that information with primary care providers. For example, Capilouto says UK HealthCare can quickly spread the latest research through its partnerships with dozens of hospitals, local clinics, and federally qualified health centers around the state.

UK is also credited with a critical breakthrough in treating overdose victims. A pharmacy professor at the school developed a nasal inhaler to make it easier to administer the overdose reversal drug Naloxone. Dr. Catherine Martin at the UK College of Medicine says officials are now exploring ways to distribute the inhalers directly to households where there’s a high risk of overdose. She says having an inhaler kit available to administer in the home could buy a family enough time to get an overdose victim proper medical treatment. Yet she says people are still reluctant to ask for the kind of support that could save lives.

“The stigma [of addiction] is very severe,” says Martin. “That makes it very hard for them to seek treatment. They feel like they’re judged when they come in for help.”

“It’s a disease,” adds Capilouto. “It is not a moral failure in your character.” 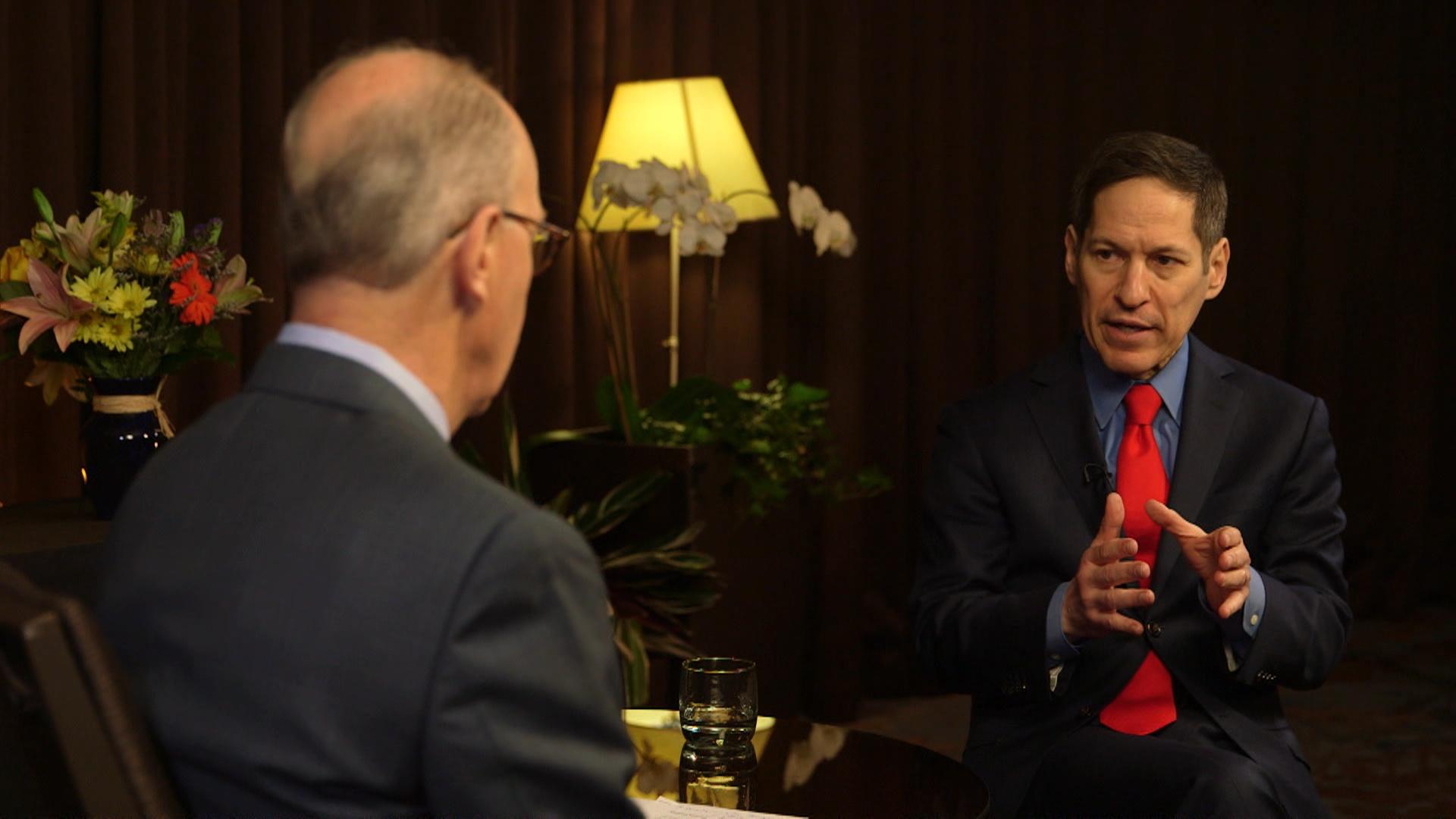