Alabama writer Roy Hoffman has loved journalism since he was in high school, and has made a career reporting for the New York Times, the Mobile Press-Register and other publications. He relishes the license the job gives him to meet new people and ask questions about their lives. But Hoffman also finds himself curious about the parts of their stories that don’t make it into the newspaper.

“Because after the journalist leaves and the door is shut and… people turn off the lights and lay their heads on the pillow to dream, that’s a story, too,” Hoffman says. “And that’s where I like to go as a fiction writer.”

Hoffman talked about his life and work on last weekend’s edition of One to One with Bill Goodman. His latest novel is “Come Landfall,” published this year by University of Alabama Press.

The Instinct and Intuition of a Fiction Writer
Hoffman is named for an uncle who was a Marine and went missing in action in World War II. That loss and the wound it left on his family inspired the story in “Come Landfall.” The book explores the lives of three women living on Mississippi’s Gulf Coast: the octogenarian widow of a long-lost soldier, her granddaughter who falls in love with a pilot at the local air base, and the young daughter of a Vietnamese immigrant. Hoffman had written newspaper stories about his uncle and about immigrants living on the Gulf, so he embraced the challenge of creating back-stories for similar characters in his novel.

“The difference between fiction and non-fiction is that at a certain point a fiction writer has to go on instinct and intuition,” Hoffman explains,” and to feel when there is a sense of reciprocity with the character – when someone’s inner life seems available to you to go there, to move there.”

Hoffman also appreciates getting to reveal a regional cultural mix that is more diverse than some people may realize. “Stories of the South are more than black and white,” Hoffman says, pointing to Hispanic and Asian immigrants that now populate the area. “So I’m really interested in how all those foreign cultures come together along the Gulf Coast, which is kind of like the 51st state.”

A Mandate to Collect Stories
In addition to authoring his own fiction and non-fiction stories, Hoffman is an instructor in the MFA in Creative Writing Program and Louisville’s Spalding University. The job brings him to Kentucky twice a year to work with students, a trip he’s made so many times that he now considers the commonwealth a second home.

Hoffman says he encourages writers and non-writers alike to keep a journal about their daily experiences and interactions with people. He believes humans have a “moral mandate” to be open to noticing and celebrating the personal stories we encounter everyday.

“The American landscape is one big theatrical performance,” Hoffman says. “You can be pumping gas or you can be buying something at the store or you can be at the diner and you can hear people say amazing things to each other. This can be a good catalyst if you’re a writer. But if you’re not a writer, don’t despair… It’s that openness and it’s that writerly sensibility that I think can make us all more deeply American [and] more deeply human.” 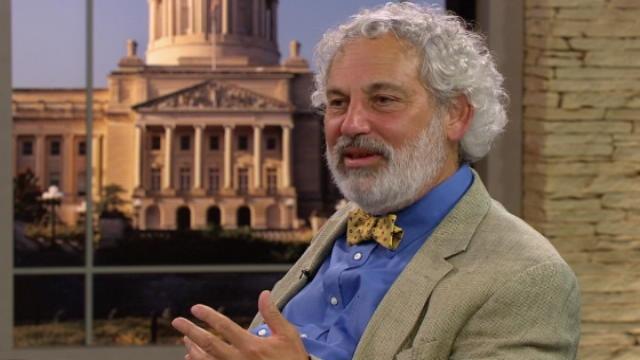