Bill talks with Scott Terrell, music director of the Lexington Philharmonic, about the organization and his career.
S10 E30 Length 28:21 Premiere: 6.20.15

He’s Got the Music in Him

You may think Lexington Philharmonic Music Director Scott Terrell is only focused on his score and his players when he takes to the podium to begin a concert. But you’d be wrong. Terrell says he also feels the energy and intense focus of the audience awaiting his first downbeat.

“That’s what we all sort of live for as musicians is that moment of live interaction of the art form with the audience,” Terrell says. “It’s part of a collective experience.”

Terrell appeared on KET’s One to One to discuss his life in music and his work with Lexington’s professional orchestra.

This is Terrell first turn as music director, although he’s had conducting jobs in Charleston and Minneapolis as well as at the Aspen Music Festival before coming to Lexington. The Michigan native had big shoes to fill when he was hired here in 2009. He succeeded George Zack, who led the Philharmonic for more than three decades.

The Moment It Clicked
Terrell credits his career in music to his parents and to his high school orchestra teacher. At home his father, an amateur organist, inspired his son to take up that instrument, while at school Terrell played the viola.

He said he tried to quit several times but his mother and his music teacher encouraged him to stick with it. By his sophomore year in high school, Terrell says his viola playing had advanced to a new level and he became organist for his church. Then when he was a senior, his orchestra teacher let Terrell try conducting the school’s ensemble.

“That was it, that was the moment I thought this is something I’m going to eventually do,” Terrell recalls.

He studied music education in college with an eye towards teaching and conducting. But by the time he entered graduate school at the University of Minnesota, Terrell was devoted to the baton.

The Power of Art
After graduate school, Terrell got a fellowship to study with Maestro David Zinman at the Aspen Music Festival in the summer of 2000. Terrell says Zinman helped him understand the true role of an orchestral leader.

“As a young conductor, when you’re learning, we’re often enamored with the minutia and he was always much more enamored with the power of art,” Terrell says. “I always loved watching him conduct – it was beautiful.”

Now 15 years later Terrell has guest conducted more than 20 ensembles across the United States, and he’s led performances in Hong Kong and the Netherlands. He says he enjoys returning to pieces he conducted earlier in his career to see how much he’s learned over the years, and to discover how his own life experiences give him fresh perspectives on the music and the composer’s vision for that piece.

Tapping Local Musical Assets
Terrell says it takes him about 18 months to plan a new season of Lexington Philharmonic concerts. He says he tries to program music that will engage a diverse range of audience members while also creatively challenging his musicians. Plus he has to juggle the schedules of visiting artists and the availability of the performance halls.

The Philharmonic’s new season opens Sept. 18 with Gustav Mahler’s Symphony No. 2, “Resurrection.” The chorus for the performance will be comprised of music students from Transylvania University, Eastern Kentucky University, Asbury University, and Berea College. Terrell says these kinds of collaborations provide an important opportunity to tap into musical assets of the community and the region.

The conductor says he also wants to grow the orchestra’s educational outreach by building on initiatives like the long-standing PB&J Concerts for children, and the more innovative Music Builds Discovery series. Terrell says he’s also excited to take smaller ensembles of Philharmonic members to the Appalachian counties so those Kentuckians can experience live classical music as well. 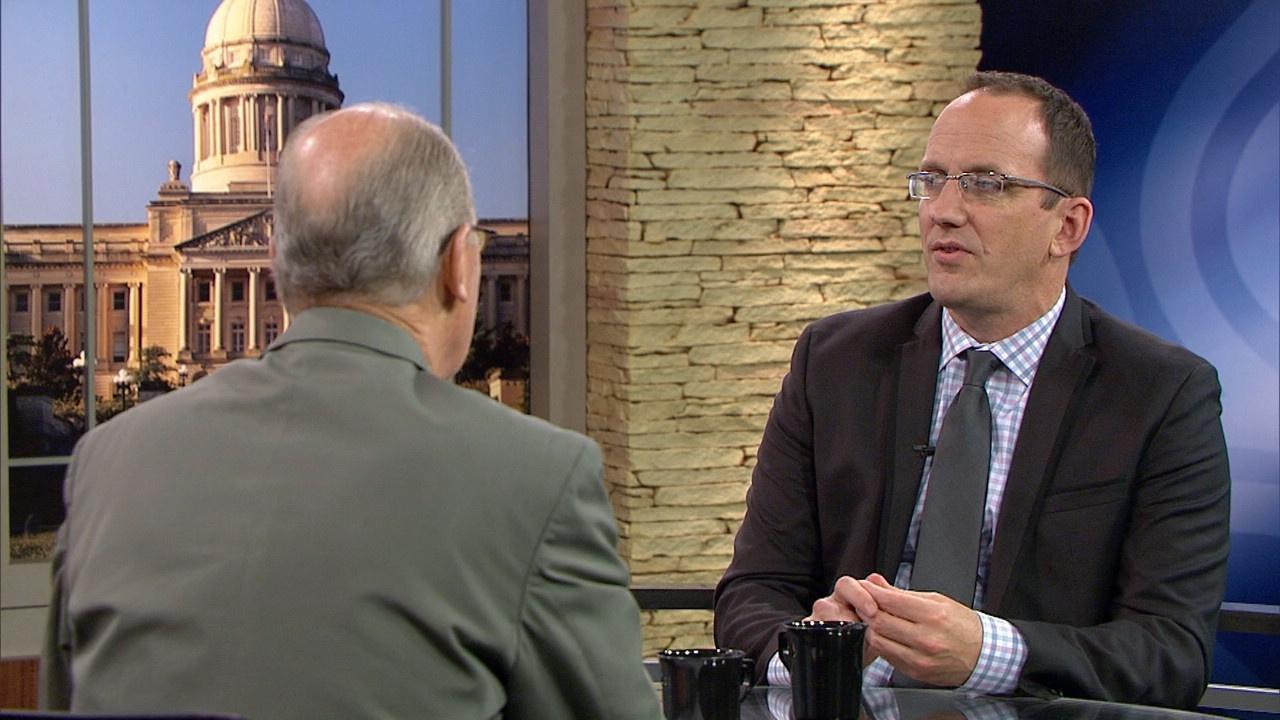