Sen. Mitch McConnell on a Life in Politics

It took 30 years for Mitch McConnell to rise from being the newly elected Republican senator from Kentucky to finally fulfill his dream of being Majority Leader of the United States Senate. It was three long decades of paying his political dues, climbing the GOP ranks, and waiting for Americans to elect a Republican majority in the chamber.

“I, like most people, was not exactly an overnight sensation,” McConnell says with a chuckle.

The senator recently published a memoir entitled “The Long Game.” He appeared on KET’s One to One to discuss several important lessons he’s learned in his 74 years.

Tenacity Inspired by a Mother’s Love
“For most of our lives, I think success is defined by dealing with the inevitable speed bumps of life,” McConnell says. “In my particular case I had a fairly serious one pretty early.”

The Alabama native was 2 years old when he contracted polio that settled into the quadriceps of his left leg. Fortunately his family lived only a short distance from Warm Springs, Ga., and the polio rehabilitation facility owned by President Franklin D. Roosevelt. The nurses there taught McConnell’s mother an extensive physical therapy regimen that she was to do with her son four times a day, while also preventing the toddler from trying to walk.

McConnell says his mother faithfully followed the nurse’s orders for two years. He says his first memory is of his last trip to Warm Springs, when his doctors announced that his mother’s efforts had paid off: Her young son would be able to walk without a brace and have a normal life.

The lesson inspired by his mother’s tenacity has stayed with McConnell his entire life. He says it proved to him that you must work as hard as you can to get where you want to go.

But sometimes a strong inner resolve must be accompanied by brute strength.

Stand Up to Bullies
Growing up in Athens, Ala., in the postwar years, McConnell says a neighborhood bully named Dicky McGrew often tormented him. When McConnell’s father saw this, he ordered his son to go beat up the older, bigger McGrew. McConnell says he tried to appeal to his father for help but to no avail. So the young McConnell marched up to the bully and started swinging.

“I actually beat Dicky McGrew up and I bent his glasses,” McConnell says. “That lesson, standing up to bullies and hitting back when you’re being pushed around, given the line of work that I’ve been in all these years, was also a defining childhood moment.”

Many years later that lesson would inspire McConnell to seek re-election in 2014. The senator faced a tough primary challenge that election cycle from then-political newcomer Matt Bevin, a race he says he knew he could win. But in the general election, McConnell knew Democrats across the nation would target him for defeat. He admits he feared losing his own re-election and costing the GOP a shot at controlling the Senate.

And then he remembered beating up Dicky McGrew.

“What I concluded [is] that when the bullies are ganging up on you, the best thing you can do is hit back,” McConnell says. “Once I worked my way through that, I was energized by the fight.”

It worked. McConnell beat Bevin in the Republican primary by nearly 88,000 votes. In the general election he defeated Democrat Alison Lundergan Grimes by more than 200,000 votes, and carried 110 out of 120 Kentucky counties in the process. The win also guaranteed McConnell’s ascension to the post of Senate Majority Leader.

“Generally speaking, I think if you knuckle down, work harder, and don’t let a bully push you around, chances are you’ll get where you want to go,” McConnell says.

You Win Some and You Lose Some
Politics wasn’t McConnell’s first love. In high school and college, McConnell had dreams of being a big league baseball player. That ended in a game against a team of Louisville all-stars in which McConnell was set to pitch the second half of the contest. Despite years of practice and hard work, the young pitcher’s knees were knocking when he finally took the mound.

“That lesson was don’t ever get too cocky or feel too full of yourself because there’s always somebody who’s better than you are,” he says.

After that “abysmal failure,” McConnell says he turned his attention to politics.

Hold True to Your Convictions
As an intern for Sen. John Sherman Cooper in the mid-1960s, McConnell watched the Kentucky Republican buck many of his constituents by supporting the 1964 Civil Rights Act and 1965 Voting Rights Act. In explaining his positions on those bills, Cooper told his intern that sometimes politicians must follow and sometimes they must lead, no matter who stands against them.

McConnell shared Cooper’s views on civil rights, but that created a conundrum for the young Republican. The GOP nominee for president in 1964 was Barry Goldwater. McConnell says he greatly admired the conservative Arizona senator but was infuriated by Goldwater’s opposition to the Civil Rights Act. So McConnell actually voted for the Democrat, President Lyndon Johnson.

“As a Republican [that’s] not a vote I’m particularly proud of,” McConnell says. “But I was so angry because I thought it would define our party, which was widely associated with freeing slaves. … [It] would label us for the future, and by golly it has.”

Once he became a senator himself, McConnell says Cooper’s lesson inspired him to hold to positions that proved unpopular. He cites his vote to override President Ronald Reagan’s 1986 veto of sanctions against the apartheid government of South Africa, and a vote to kill a constitutional amendment to ban flag burning that proved wildly unpopular with veterans.

“That doesn’t mean you just thumb your nose at your constituents,” McConnell says. “But there are certain national and international things that come along where I think the people of Kentucky expect me to exercise independent judgment.”

Use the Media to Your Advantage
McConnell was the Jefferson County judge executive when he decided to challenge incumbent Sen. Walter Dee Huddleston in 1984. It would not be an easy fight: That summer McConnell found himself down by 35 points to the popular Democrat.

So McConnell asked political strategist Roger Ailes if there was anything he could do to jump start his campaign. Since Huddleston had missed a number of Senate votes because he was out giving paid speeches, Ailes hit on the notion of doing a commercial that featured a pack of bloodhounds trying to track down the missing Democrat. The ad created tremendous buzz in the media and it helped revive McConnell’s campaign. It also delivered him a narrow victory over Huddleston.

The senator’s relationship with the media would evolve over the years.

“When I first got to the Senate I just hoped any reporter would ask me anything,” McConnell laughs. “Now I spend every day smiling sweetly and walking on by.”

The Republican has developed a reputation as one of Washington’s toughest interviews. He says he likes journalists in general, but he admits that if he doesn’t want to respond to a specific question, then he won’t answer it no matter how many times a reporter asks it.

“I speak to reporters when it’s to my advantage to,” McConnell says. “I try to avoid saying things that I don’t want to say.” 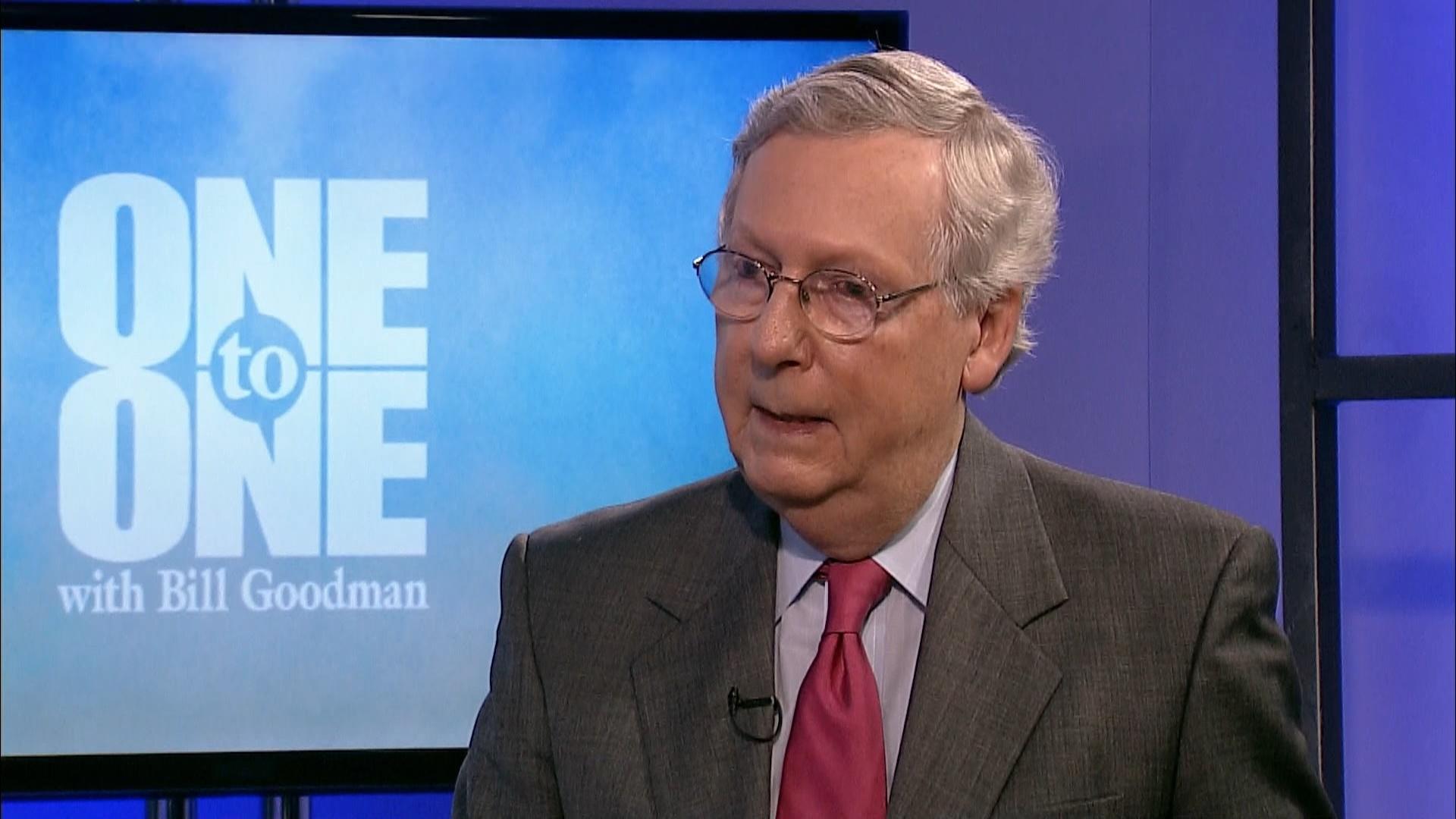