Host Bill Goodman talks with U.S. Sen. Rand Paul (R-KY) about issues facing the 114th Congress, including immigration and healthcare, and his future plans running for his senate seat and a possible run for president in 2016.
S10 E6 Length 27:31 Premiere: 1.27.15

Sen. Rand Paul: One to One From Washington

Just a few weeks into the 114th Congress, Sen. Rand Paul says there’s already a huge difference in the Senate under Republican control.

“We’ve voted more times in this first week than we voted all last year,” says Paul. “We’re trying to show that we are open to voting on amendments.”

Paul joined KET’s Bill Goodman on a special edition of One to One to discuss legislative issues before the new Congress, his relationship with Senate Majority Leader Mitch McConnell, and his own potential presidential bid.

Embracing a New Day in the Senate
As someone who likes to debate issues, Paul says he prefers McConnell’s more open approach to Senate business, which he describes as more lively and a good way to break much of Washington’s gridlock.

He also hopes lawmakers will try to tackle smaller, less complex pieces of legislation instead of massive omnibus bills that Paul says nobody reads. And sometimes, a new law may not even be necessary, according to the first-term senator.

Domestic Issues
The Bowling Green Republican touts his work with California Democratic Sen. Barbara Boxer on a proposal to repatriate profits that American corporations stash overseas to avoid high business taxes here. Paul wants to lower the tax rates on profits to encourage companies to bring that money home. Paul says the proceeds would be dedicated to the federal Highway Trust Fund for projects like a new northern Kentucky bridge.

Another piece of legislation Paul has sponsored is the Regulations from the Executive in Need of Scrutiny (REINS) Act. That would require Congress to approve any rules written by executive branch bureaucrats that cost more than $100 million to implement.

Paul says he’s disappointed President Obama hasn’t been more willing to work with Congress on the Keystone XL project. He contends the pipeline would create jobs and, since the oil will be produced regardless, American companies should have the opportunity to reap the profits from refining it.

International Policy
Kentucky’s junior senator says he differs with some of his Republican colleagues on increasing sanctions against Iran. He says he doesn’t want to do anything that could drive Iranian officials away from talks about their nuclear arms ambitions. Paul criticizes those who think America shouldn’t negotiate with Iran at all, saying that’s a simplistic position that risks war.

Paul contends America’s military actions in Libya have been a disaster, and those in Syria have indirectly helped Islamic State militants there grow stronger. As a medical doctor, Paul prefers a “first, do no harm” approach and says American leaders should take more time to consider the ramifications of foreign policies before acting on them.

Finally, in the wake of recent terrorist incidents in France and Belgium, Paul says the U.S. should tighten policing of students and tourists who visit here from countries that are “hotbeds of radical Islam.”

A Good Combination for Kentucky
Paul says he’s eager to work with McConnell in his new role as Senate Majority Leader on issues that can benefit the commonwealth.

“In many ways we’re a good combination for Kentucky. He has a great deal of power and influence through his leadership role that he has,” Paul said. “I have less of that seniority but I have, maybe, the ability to present a message in a way that can bring more people to the cause and help us to win public opinion.”

Plans for 2016
Despite his own aspirations for higher office, Paul says he’s not worried by news that Jeb Bush and Mitt Romney might enter the Republican presidential primary in 2016.

“I think the more the merrier,” Paul says. “The more that are in the mushy middle, if they divide the vote, the more likely [it is] that a conservative could actually win the nomination.”

Paul says he thinks his ideas on personal freedom, fiscal policy, and foreign affairs have a significant following among voters. But he says a key part of his decision about a presidential bid will be what his wife and three sons think. He plans to announce his intentions later this spring. 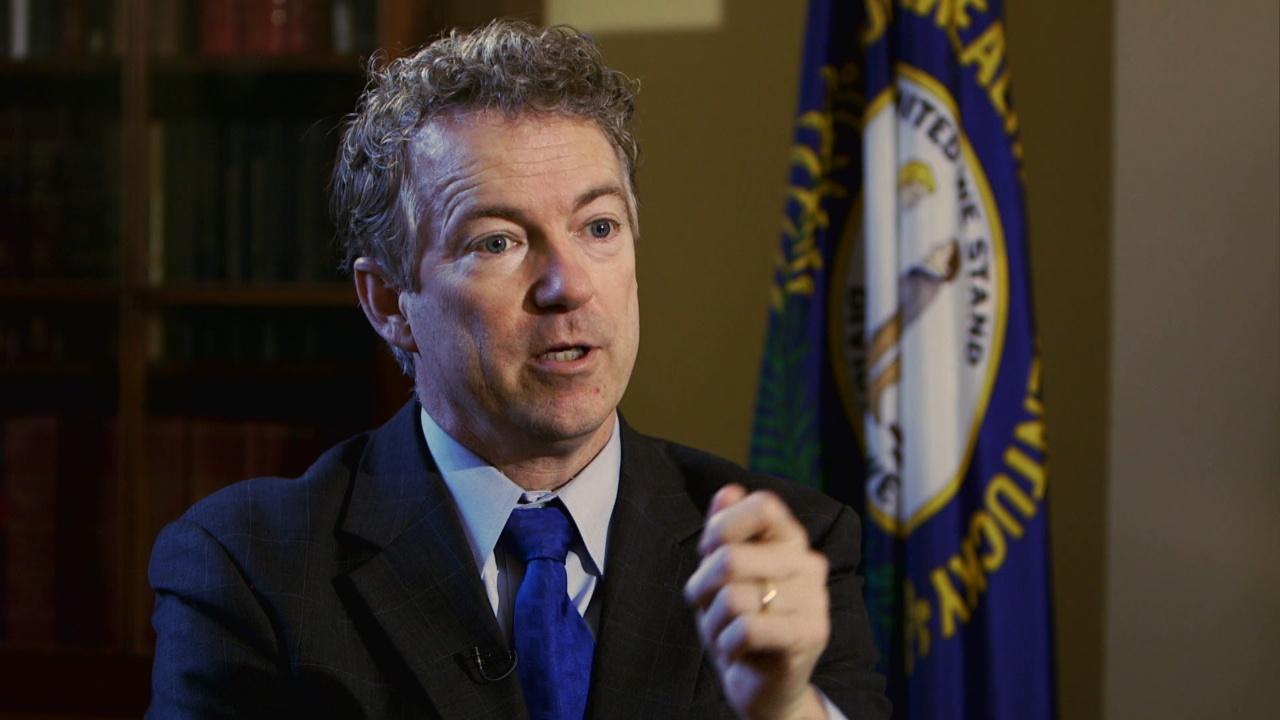