For only the second time in his two decades in Frankfort, Sen. Robert Stivers will get to serve with a GOP governor. And as state Senate President, Stivers is eager to get to work with Gov. Matt Bevin and his new administration.

“Whether you agree with him or not, [Bevin] brings an outsider’s excitement into the equation, which is really refreshing,” says Stivers.

The Manchester Republican appeared on KET’s One to One to preview the 2016 General Assembly session and discuss the priorities he has for the state Senate.

Stivers says he’s impressed with the people Bevin has selected for his cabinet and the depth of experience those individuals bring. He says they will help Bevin navigate the duties of the office, and help the first-time governor avoid some of the mistakes the last Republican administration made. Stivers says Gov. Ernie Fletcher, who served from 2003 – 2007, didn’t have much of a GOP talent pool to draw from, which left him to build his cabinet around younger and less experienced people.

The Senate President says Bevin’s election also created a power shift in Frankfort. For the past several years, Stivers says the dynamic had been between him and former Gov. Steve Beshear, a Democrat. Although they didn’t agree on significant issues like right to work or tort reform, Stivers says he and Beshear found ways to work together on policies on which they could find consensus.

Now that a Republican is in the executive office, Stivers says the dynamic will be between Bevin and Democratic House Speaker Greg Stumbo. Stivers says he hopes Stumbo will reach out to Bevin like he did with Beshear.

Tight Deadline for a New Budget
Given the brief time between Election Day and the inauguration, Bevin has had to hit the ground running. Not only does he have more positions to fill in his administration, he also has to present his budget to legislators by Jan. 26.

Stivers says the biggest challenges to building that budget will be to find the money the state needs to fund basic operations and pay for the Medicaid expansion (roughly $250 million during the new biennium) and to stabilize the public employee and teacher pension systems (upwards of $700 million, according to the senator).

Stivers says Bevin’s team understands the enormity of the pension problem and the challenges that it creates for Kentucky’s economy. But Stivers says he doesn’t think Bevin will raise taxes as a way to generate more revenue for the state retirement plans. Instead Stivers says he thinks a good model to follow is a tax break that lawmakers gave the bourbon industry in 2014. Distillers received a corporate tax credit that they could use to expand their Kentucky operations and hire more employees.

“Nobody was exposed to any more taxes,” Stivers says, “we just brought more people in to pay taxes.”

An Overhaul for Mediciad
Stivers criticizes former Gov. Beshear for his unilateral use of an executive order to expand Medicaid eligibility in the commonwealth. He says Beshear’s action was perfectly legal under an old law, but he says the matter would’ve been better handled in collaboration with the legislature.

But the Republican does credit Beshear for adding certain incentives to the health coverage of state employees, and Stivers says that’s how the Mediciad system should be amended.

“It’s been shown that copays [and] incentives to have healthier lifestyles truly are habit-changing and can save a lot of money to the system,” Stivers says.

Like Gov. Bevin, Stivers touts the Indiana model for Medicaid in which customers have to make small premium payments and have modest copays for certain medical services. He says the Hoosier plan emphasizes incentives for healthy behaviors and asks that benficiaries have “skin in the game.”

“That type of model, I think, is productive for everybody in any type of scenario where you have government,” Stivers says. “That everybody has a little bit of shared sacrifice, everybody has reason to be responsible.”

The senator also says Indiana garnered the support of the health care community for their plan because the providers were involved in helping to craft it and because the Hoosier model uses higher reimbursement rates for Medicaid services.

Priorities for the Senate
“We are going to be about education,” Stivers says of his hopes for the 2016 session. “Education is a great equalizer.”

Stivers says Senate Republicans will propose performance-based funding for the state’s public colleges and universities, explore an overhaul to workforce development programs, and present a series of initiatives for K-12 education, including a push for charter schools.

The charter concept has already proven successful, Stivers contends, with the Gatton Academy at Western Kentucky University and the Craft Academy at Morehead State University. Sen. Mike Wilson has proposed creating pilot public charter schools in Jefferson and Fayette Counties. Stivers says that idea has the support of black ministers in the metro Louisville.

“I feel the public education system has so let down the African-American community in Jefferson County, and we want to change those dynamics, we want to create opportunity,” Stivers says.

The Senate President also says he will push prevailing wage and right to work legislation as ways to boost the state’s economy, and tax and regulatory reforms that he says will help attract new business to the commonwealth. Finally Stivers says he hopes to see the state’s coal industry revitalized and he wants to ensure that dwindling coal severance tax dollars are properly spent at the county level. 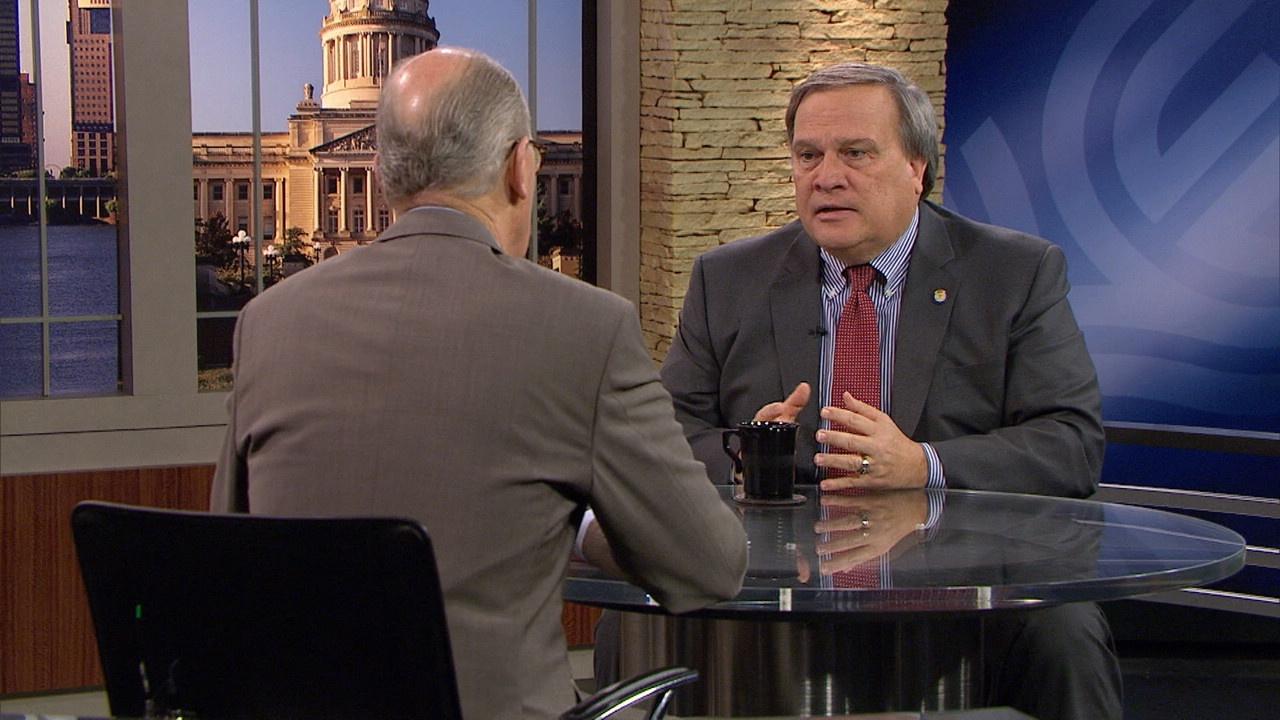