On election night back in November, Rep. Jeff Hoover (R-Jamestown) joined other state Republicans in a hotel suite in Louisville to watch the returns and see if the GOP might finally – after a 96-year drought – gain control of the Kentucky House of Representatives.

Hoover says when they learned Republicans captured 51 seats and the majority, things got emotional.

Then as the GOP captured 54 seats, then 56, and then 60, the emotion turned into elation mixed with a little disbelief. But they weren’t done yet. The final tally for the night gave Republicans a 64 seat super majority in the state House.

“Our guys were excited, as you can imagine,” says Hoover, reflecting back on Election Day. “We celebrated a little bit and started to work on Wednesday afternoon.”

Hoover is a 20-year veteran of the chamber, where he represents Clinton, Cumberland, and Russell counties and part of Pulaski County. As of Jan. 3, he’ll be House Speaker Hoover as the General Assembly gavels in for a 30-day session. He appeared on KET’s One to One to discuss the GOP victories, his plans for the new Republican majority, and his life in politics.

Republican leaders had hoped to flip the House in 2014, but still fell five seats short of their goal. Hoover attributes that failure to not fielding enough candidates to challenge incumbent Democrats. So with organizational and moral support from U.S. Sen. Mitch McConnell and a  recruiting effort by state Rep. Jonathan Shell (R-Lancaster), the GOP went into the 2016 elections with a record number of 91 House candidates.

Hoover says that strong field, combined with $4 million in campaign fundraising and a political environment that favored Republicans, finally gave the state GOP its long-sought majority.

Amidst the celebrating on election night, Hoover says he took a moment to call Sen. McConnell in Washington to tell him the good news. Both men reportedly got emotional during the conversation as Hoover told McConnell that “he can mark that off his bucket list because he wanted to see the House switch during his lifetime.”

Preparing to Lead the House
The speaker-elect has his work cut out for him, though. As of January, the House Republican caucus will have 23 new members, most of whom have never held public office. Hoover organized a retreat for the group earlier this month at Western Kentucky University, where they were debriefed on the state budget, the public pension crisis, and other policy issues. Next week Hoover says they’ll meet in Frankfort for a day-long mock House session to practice legislative processes and procedures.

”My number one priority as speaker from a personal standpoint is to change the tone in the House and to do that by the way we do business,” says the speaker-elect.

Hoover says he wants to start House sessions promptly at 2 p.m. each day and limit the introduction of guests to 10 minutes. (In previous years, representatives might not convene in chambers until 2:30 or later, and the recognition of special guests might take upwards of an hour.) He says he also wants to give lawmakers sufficient time to read the bills they’re voting on, and provide the new Democratic minority adequate representation on legislative committees.

“I sincerely want to make sure that even the minority has a voice in the process,” says Hoover. “I just repeatedly tell our folks: The minority can have good ideas.”

The speaker-elect also convened a transition team to help him prepare for his new role. That group comprised four Democrats and four Republicans who had previously served in the House and included two former House speakers. Hoover says he’s asked them to review House rules and procedures to find better, more efficient ways for lawmakers to do business in the chamber.

Setting the Legislative Agenda
Hoover and Senate President Robert Stivers (R-Manchester) have said they want to focus on jobs and economic issues during the short 2017 session. But the speaker-elect also wants to put pro-life legislation on the agenda. He is critical of how the outgoing Democratic majority in the House would let abortion-related bills that were passed by the Republican-controlled Senate languish in committee without discussion or votes. He says the only reason an informed consent measure passed the House and became law in 2016 is because House Republicans outmaneuvered Democrats to force a floor vote on the legislation.

“We’re not going to play those games on pro-life issues and those things that are important to people in Kentucky,” Hoover says.

“We have 64 members, we can do and pass whatever we believe we need to pass,” Hoover says. “But let’s do it in a respectful manner recognizing the role that the minority would have to play, because I’ve been there and it’s not fun to be in that position, so I’m going to try to do it better.”

The Path to House Speaker
You could say politics runs in the Hoover family as both his father and mother were elected to the state legislature.

Hoover was born in Clinton County and raised in Jamestown, where his parents owned and operated an FM radio station. Centre College recruited Hoover to play basketball even though the school offered no athletic scholarships. After completing a degree in government there, Hoover returned home to manage the family radio station while his father served as field representative for 5th District Congressman Hal Rogers.

After two years as station manager, Hoover attended the Cumberland School of Law at Samford University in Birmingham, Ala. He was set to join a law practice there when tragedy struck at home.

Hoover’s father had been elected to the state House in 1986 to serve the same district the speaker-elect represents today. Welby Hoover completed his legislative orientation but died a few days later, having never been sworn into office. Hoover’s mother, Mae, won a special election to fill the seat, which meant their son needed to come home and run the radio station in her absence.

Hoover finally got to launch his own law practice in Jamestown in 1988. He married in 1992 and he and his wife have three daughters. Hoover won election to the state House in 1997 and has served as minority leader since 2001. When he takes his new post in January, Hoover will be the first Republican House speaker in the commonwealth since 1921. 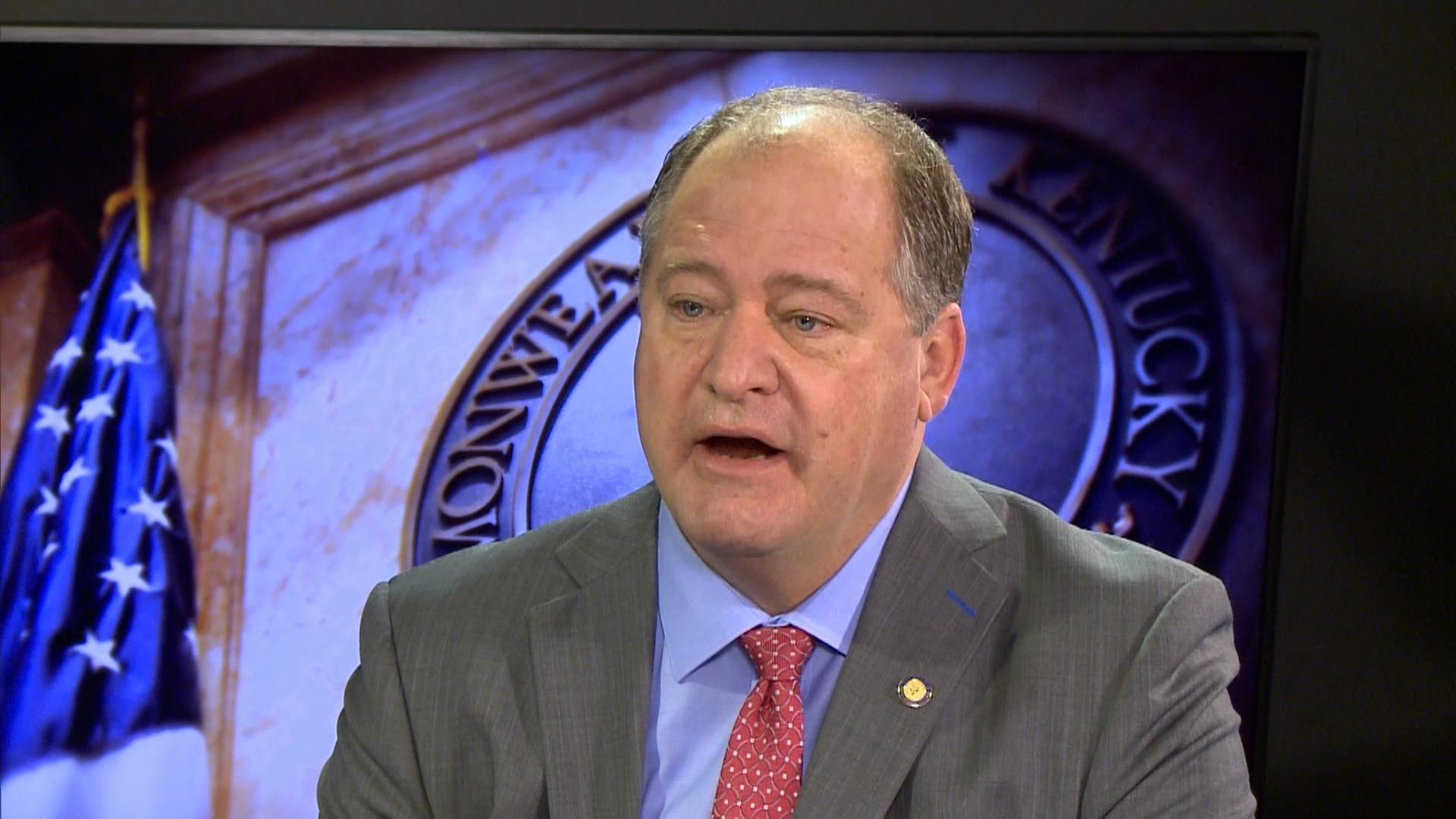