Looking back on the 2014 elections, Kentucky House Speaker Greg Stumbo jokes that he didn’t believe he’d get to keep his job after Democratic Senate candidate Alison Lundergan Grimes lost to Sen. Mitch McConnell by 15 points.

But despite the margin in that race, and the thumping Democrats suffered nationally, state Democrats retained control of the Kentucky House and Stumbo kept his post as speaker. He talked about last year’s races, and this year’s session of the General Assembly, on KET’s One to One with Bill Goodman.

Future Prospects for Democrats
Stumbo says Democrats lost 300 legislative races around the country in the midterm elections. But in Kentucky, Democrats retained their 54-46 majority in the state House of Representatives. The Speaker credits that victory to having qualified candidates, effective campaign and fundraising strategies, and good messages.

“I grew up in a political family,” Stumbo remembers. “We learned at a very early age that there’s only two ways to run these things and that’s scared or without opposition.”

The Prestonsburg Democrat says political campaigns have become more sophisticated since his first run for the state House in 1979. In addition to more training and support for candidates, Stumbo says high-tech innovations, like database software called VoteBuilder, help candidates better target prospective voters rather than having to knock on every door in their district.

Even with Republican control of Congress and many state legislative chambers, Stumbo says he’s optimistic about the future of the Democratic Party. He blames the recent losses on voter disapproval of President Obama, and says the fate of Democrats will begin to improve in the 2016 election cycle, especially if Hillary Clinton is the party’s presidential nominee.

The 2015 Kentucky General Assembly
With the midterm elections behind them, state lawmakers can focus on their priorities for this year’s 30-day legislative session. A top agenda item for Stumbo is a bill to address the heroin epidemic. Stumbo says addiction affects nearly every family in the commonwealth, and that simply incarcerating dealers and addicts won’t fix the problem.

“We’re not going to solve it until we have a comprehensive program that deals with education and treatment,” Stumbo says. He says Kentucky has about 2,500 beds in treatment centers, but potentially has up to 50,000 addicts who would benefit from a residential recovery program. He hopes funding from the Affordable Care Act can help pay for additional treatment facilities.

The Speaker also wants state officials to address what he calls Kentucky’s antiquated tax system. He favors a low income tax credit to help those in poverty, and is critical of unjustified tax incentives to businesses that he says result in the state losing more tax revenues than it collects.

But Stumbo says a tax overhaul would have to be formulated by the governor’s office. He contends the legislature could debate a gubernatorial proposal, but is otherwise too ideologically divided to develop its own plan.

Help for His Native Eastern Kentucky
Stumbo also advocates for a public university in southeastern Kentucky as a critical way to help the region’s students and economy. He says it’s not fair that central Kentuckians can access multiple four-year public schools within an hour’s drive, but people in the Appalachian region of the state have to drive 3 or 4 hours to reach a public university. Three years ago, legislators rejected a proposal to add the private University of Pikeville to the state system, a decision Stumbo calls one of the worst things he’s seen happen in state government.

The Speaker says the region will continue to produce coal for years to come and would benefit from greater efforts to export Appalachian coal, especially to countries like Germany. And he says the region needs additional four-lane highways or more innovative transit projects like light rail to help eastern Kentuckians easily commute to jobs in other parts of the state.

In addition to a scandal-free administration, Stumbo says the governor deserves to be remembered for his embrace of the Affordable Care Act and his efforts to make health insurance available to more citizens.

“He should be able to go to bed at night knowing that 500,000 to 600,000 Kentucky families are a whole lot better off than when he first took office,” Stumbo says. “Any governor that can do that, I think, should be satisfied with their legacy.” 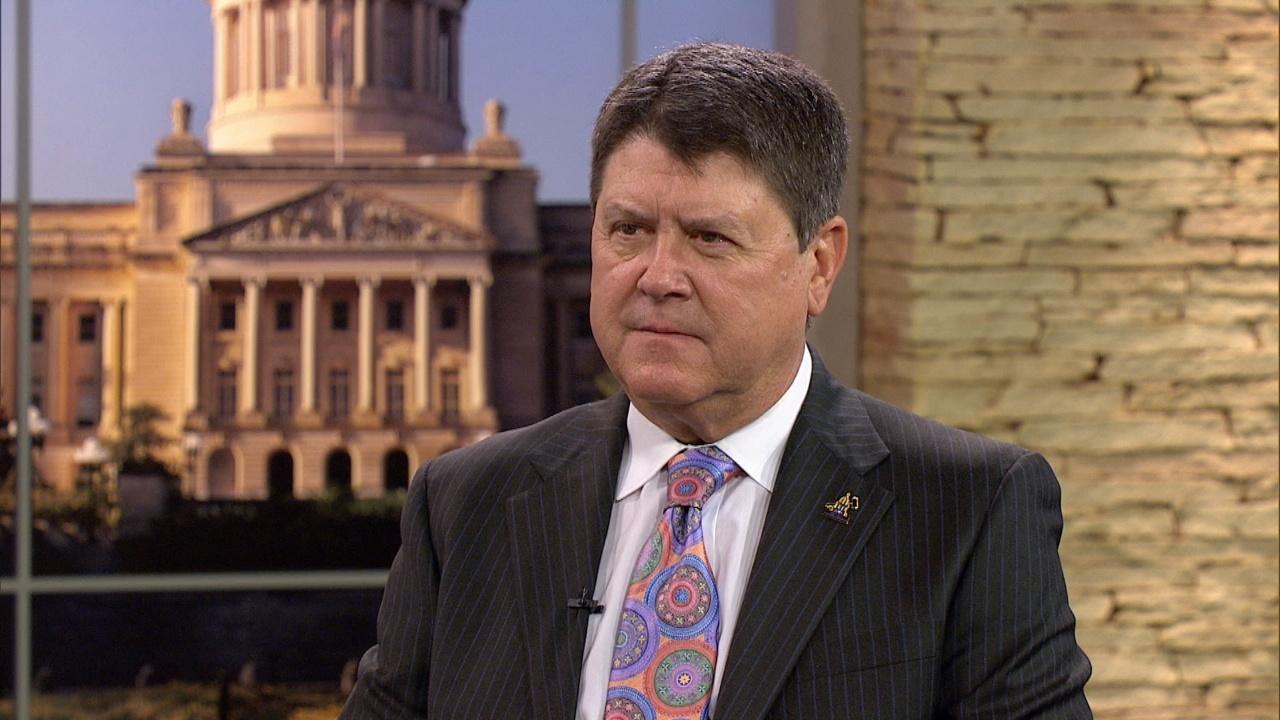