Kentucky Education Commissioner Stephen Pruitt discusses his first year in office and what lies ahead for education in Kentucky.
Season 11 Episode 32 Length 28:02 Premiere: 08/28/16

With everything on his plate during his first year as Kentucky’s commissioner of education, Stephen Pruitt didn’t expect to be testifying before Congress.

But there he was, giving his thoughts on the federal Every Student Succeeds Act (ESSA) to House and Senate committees earlier this summer. Pruitt praised lawmakers for passing the legislation that gives states greater flexibility in measuring student success. He also warned that draft regulations proposed by the U.S. Department of Education to implement ESSA could stifle innovation and jeopardize the authority of states to set their own education policies.

“I couldn’t sit idly by and be quiet about something that I think was going against what the intent of the Every Student Succeeds Act that was passed by Congress was,” Pruitt says. “I felt strongly and still feel strongly that the draft regulations that came out were putting too many shackles on us.”

Pruitt appeared on KET’s One to One to discuss his testimony and the process to create a new accountability system for Kentucky schools.

The commissioner’s path to Congress began earlier this year when he disagreed with federal education officials about how Kentucky should test science students. Pruitt argued that the options the U.S. Department of Education offered would have yielded testing data that lacked integrity and wouldn’t accurately reflect what students had learned.

Pruitt also criticized a mandate to use old accountability data to identify low-performing schools even though those schools would be judged against new accountability standards.

“Pretty much my head exploded at that point because that was not how I read the law,” Pruitt says. He contends conflating two systems like that is “just wrong. You create so much distrust in the system.”

The commissioner voiced his concerns in letter to U.S. Secretary of Education John B. King Jr., and sent copies to Kentucky’s congressional delegation and to Sen. Lamar Alexander (R-TN), the chairman of the Senate Committee on Health, Education, Labor, and Pensions.

That landed Pruitt an invitation to Washington to testify. He told lawmakers he appreciated how ESSA would provide state-level educators greater autonomy than the more rigid No Child Left Behind Act of 2002. But he argued that regulations proposed by federal education officials to implement ESSA are too restrictive and complex. He said the draft rules run counter to the spirit of the legislation that Congress passed last December.

“A compliance mentality prevails,” Pruitt told lawmakers. “Instead of assurances, the proposed regulations call for us to provide evidences. The sheer volume of paperwork that is necessary for peer review is overwhelming. And while the peer review process can be helpful, we are concerned that it is subjective. …”

Pruitt also questioned a requirement for a single score to measure a school’s performance. He said that approach has contributed to an unhealthy competition among schools and efforts by adults to “game the system” to create the appearance of improved student performance rather than actual improvement. (Watch Pruitt’s full testimony to the House Committee on Education and the Workforce in June.)

The commissioner followed up his official testimony with a call to teachers and education stakeholders in the commonwealth to send their own feedback about the ESSA draft rules to federal regulators. He hoped a thousand such comments would be submitted by August 1. Pruitt says he was copied on some of the emails and was pleased with the detailed feedback Kentuckians offered.

A New Approach to Accountability
The final federal ESSA regulations won’t be released until December, but Pruitt isn’t waiting to begin work on a new accountability system for Kentucky. The commissioner held 11 public forums around the state to gather input from educators, parents, and community leaders on how school and student performance should be measured. Pruitt says more than 3,000 people attended those meetings.

“They really want a focus on the whole student,” Pruitt says. “Not just their math and reading scores, but also how can we ensure that they’re having a well rounded education with visual and performing arts, with health and physical education, [and] are we really paying attention to the social welfare of kids.”

A steering committee and five working groups comprised of 168 people are already at work on developing a new accountability platform for the state. Pruitt says although many people use assessments and accountability interchangeably, they’re actually separate issues. He says testing is only one part of accountability. He wants a new system that moves beyond just test scores to something that better guarantees every child receives a quality public education and is prepared for life in the current economy.

Funding is another obstacle for K-12 public education in Kentucky. Pruitt says he’s grateful state legislators maintained basic school funding called SEEK for the next biennium. But he adds that keeping education appropriations the same in an era of escalating costs forces teachers and administrators to do more with what, in reality, is a shrinking pool of dollars.

Despite these challenges, Pruitt says he hopes to have a draft of a new accountability system ready to unveil to the public in November. Then it will go to lawmakers in January when the new legislative session begins. As those discussions unfold, Pruitt says he hopes everyone remembers that the goal is to create a coherent system that provides young people the educational foundation they need.

“Regardless of politics at the end of the day, if it’s about students, let’s all come together and figure out the best way to do it,” Pruitt says. “And as I like to say, if everybody leaves a little bit mad, then you’ve hit it about right.” 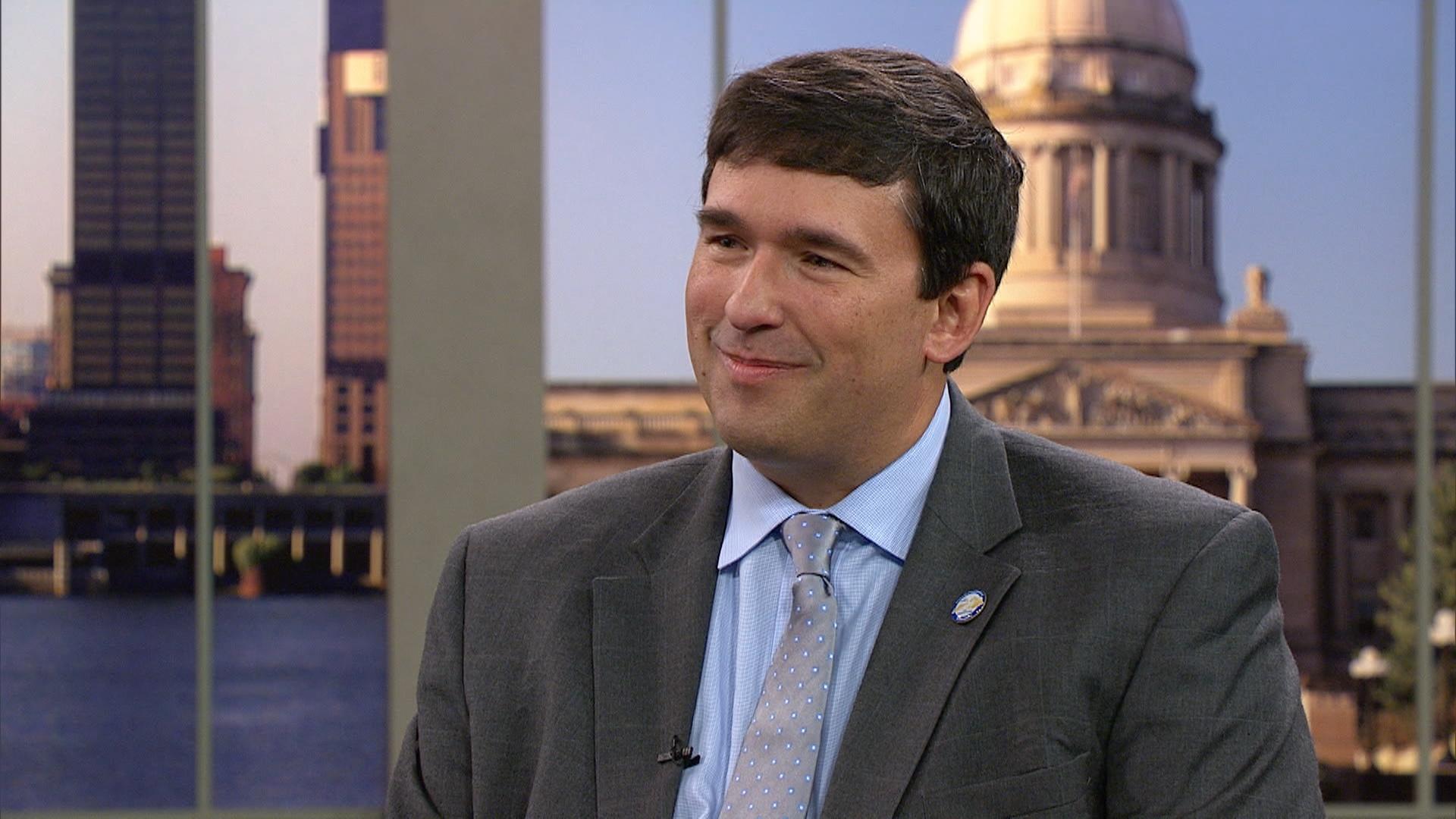