Reflecting on the snowy day last December when state officials launched the Shaping Our Appalachian Region (SOAR) initiative, Congressman Hal Rogers evokes a metaphor that alludes to the long-term nature of efforts to revitalize eastern Kentucky:

“I think we planted a seedling under whose shade we may not sit,” Rogers says.

The Somerset Republican and Gov. Steve Beshear joined Bill Goodman on this weekend’s edition of One to One to discuss the latest developments with SOAR.

Both men were thrilled that 1,700 people turned out for last year’s debut of SOAR in Pikeville, and they are pleased with the work that has transpired since then to formalize leadership and a committee structure for the project. Beshear acknowledges the effort may take 20 to 40 years to fully realize the economic successes the region so desperately needs.

“The only way it’s going to be successful is if the people of eastern Kentucky take possession of it, take ownership of it and move it forward,” Beshear says.

Critical Investments
Throughout the summer, 10 SOAR working groups have held public meetings across eastern Kentucky to gather public input on issues ranging from business incubation and recruitment to education and youth engagement. Beshear cites other progress, including a new industrial park to be built in Pikeville, and the Obama Administration’s designation of eight eastern Kentucky counties as a Promise Zone, giving the area priority for receiving federal funds.

Rogers also touts his goal to install high-capacity broadband cable across the entire region as an economic development tool. He says high-speed Internet currently available along the I-75 corridor has already brought good paying jobs to Mount Vernon and Williamsburg, through businesses that have government contracts to process visa applications and the medical records of disabled veterans. Rogers credits the success of these enterprises to the quality of the region’s employees.

“Those companies tell me that the work ethic [at] the plants they have here exceeds anything they have nationwide,” Rogers explains. “Why is that? Because we want to stay home, we love our place… and we’ll work hard for you to keep our job.”

Extending broadband Internet across eastern Kentucky will require significant investment, which Rogers and Beshear are working to secure. While Internet capacity won’t be a panacea for Appalachia, Beshear says it’s a critical component to development in the region.

The Best and the Brightest
Another key component of the SOAR initiative is engaging eastern Kentucky youth in the future of Appalachia. Rogers says that for too long the region’s best and brightest young people have had to leave the area to find work.

Young people participated in the launch of SOAR last winter, and a working group on leadership development is actively seeking youth involvement. In addition to nurturing a new generation of community leaders, Beshear says he wants SOAR to explore quality-of-life issues, including employment that will encourage young people to return home and use their talents and skills to better their communities.

“Eastern Kentucky has so many strengths, its people, its terrain, they’ve got everything going for them except they don’t have a diversified economy,” Beshear says. “We’ve got to have the jobs to keep people there, otherwise they’ve got to pick up and they’ve got to go someplace else.” 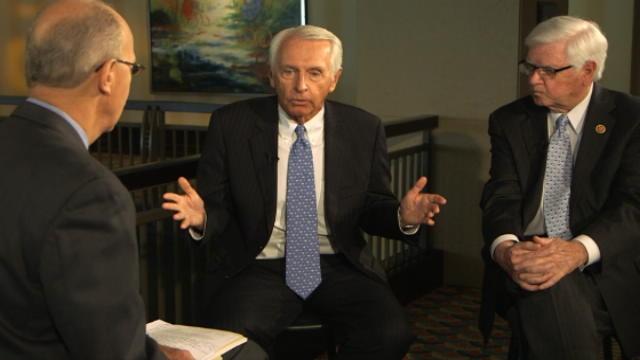