Bill sits down with former Kentucky Gov. Steve Beshear to discuss his time in office and his plans for the future.
S10 E51 Length 28:46 Premiere: 12.13.15

Steve Beshear Reflects on His Service

He calls leading Kentucky the greatest experience that he and his wife have ever had. But after running full speed, all day, every day, former Gov. Steve Beshear and First Lady Jane Beshear are ready to return to a slower pace of life.

“Eight years is long enough to be in a job like this,” Steve Beshear says. “It’s time for a fresh set of eyes, it’s time for other people to come in and start, hopefully, building on what you’ve done.”

In his final days before leaving office, Beshear sat down with KET’s Bill Goodman on One to One to discuss his tenure as governor, his hopes for the next administration, and his own plans for the future.

Budget Challenges
The Democrat came into office in late 2007 with big ideas to invest in early childhood education and other areas to boost the quality of life in the commonwealth. But on his second day on the job, Beshear learned he had to cut more than $300 million from the state budget. In the recession years that followed, Beshear had to balance the budget 15 times while cutting a total of $1.6 billion in government spending.

He says he’s proud that his administration maintained a focus on education, job creation, and public safety even during the leanest budget years. He’s also pleased with how the state’s economy has rebounded, especially on unemployment, which went from a high of 11 percent down to 4.9 percent by the time he left office.

Projections show the state will end the current fiscal year with a surplus of more than $200 million. Gov. Matt Bevin discounts that figure, citing multi-million payments looming to cover Medicaid expansion and pension liabilities. Beshear and Bevin sparred over the budget outlook during the transition period, but the Democrat says he hopes the new Republican governor will take an optimistic approach to the budgeting process.

“This administration is coming in with a lot more money than I ever had in eight years,” Beshear says. “It won’t be easy, but… they’ll be able to invest in some things.”

Achievements and Disappointments
The incoming and outgoing governors also disagreed on expanding Medicaid eligibility to provide coverage to more low-income Kentuckians. Bevin says the state simply can’t afford the additional financial burden the expansion will bring. Beshear points to consultant studies that indicate the changes will pay for themselves with more health care jobs and through a healthier workforce that will boost the state’s economy.

“He’s a business guy, he’s used to looking at numbers and bottom lines,” says Beshear of Bevin. “That’s what I want him to do here because if you look at the numbers, you’re going to see that this is a good deal for the commonwealth.”

Beshear also takes pride in several infrastructure projects that launched during his tenure: two Ohio River bridges at Louisville, new bridges across Lake Barkley and Kentucky Lake, and expanding the Mountain Parkway to four lanes. He also touts his work with Republican Congressman Hal Rogers to create an initiative pledging to install high-speed broadband Internet service across the commonwealth.

“That is going to encourage our entrepreneurs in our smaller communities to build their businesses,” Beshear says. “It will employ people eventually… [and help] our economy grow long term.”

Beshear counts his failures to push through expanded gaming and tax reform as his greatest disappointments in office. As for the public pension crisis, Beshear says it took 20 years for the state employee and teacher retirement systems to fall into financial trouble, and it will take 20 years to restore solvency.

Moving Beyond Partisanship
Now 71 years old, Beshear says he’s “done my time” in politics. Even though he has no plans to seek another office, he says he will remain active in public life and advocate for issues that are important to him and his wife. Plus he’s eager to watch how his son, Andy, will do as the state’s new Attorney General.

Beshear says he’s grateful for the opportunity he’s had to serve the commonwealth. He describes Kentuckians as “common-sense folks” who are more interested in moving the state forward than in partisan politics. And despite any personal security concerns, Beshear says he always tried to be open and accessible to all his constituents.

“They elected me, so they’ve got a right to come up and tell me their mind no matter whether they like me or not,” Beshear says.

As the new administration settles into the state capitol, Beshear says he hopes Gov. Bevin will embrace the changes he made and use them to guide the state into the future.

“We picked up on a lot of things [former Gov.] Ernie Fletcher did and we built on those,” Beshear says. “Hopefully this next bunch that comes in will take the same attitude because in the long run that’s what will make Kentucky great.” 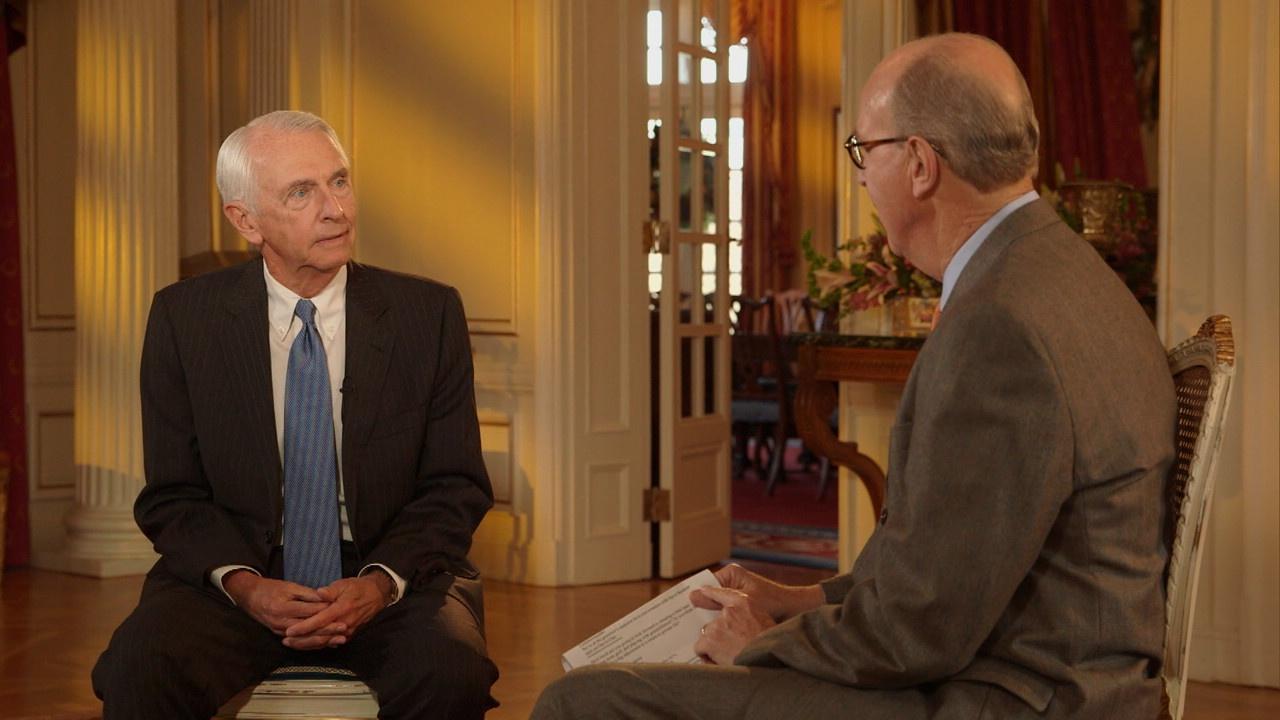