In the 25 years since the landmark Kentucky Education Reform Act (KERA) was passed, the state’s public school system has improved on numerous benchmarks. But with ever tightening budgets, can those gains be sustained into the future?

Bill Goodman explored that question on KET’s One to One with Stu Silberman, out-going executive director of the Prichard Committee for Academic Excellence, and Brigitte Blom Ramsey, who will lead the organization starting in September. The Prichard Committee is a non-profit advocacy group that seeks to improve education for all Kentuckians.

Celebrating the Successes
From fourth grade reading scores, to high school graduation rates, to college and career readiness, student outcomes have improved greatly since KERA was enacted in 1990. The reforms strengthened curricula and school governance, and made funding more equitable across the state’s 173 school districts.

Silberman says public schools in the commonwealth went from a national ranking of 49th to 33rd thanks to improvements instituted under KERA.

“It changed the lives of kids forever,” Silberman says. “We’re really proud of the progress, knowing that we have a tremendous amount of work still to do.”

He says K-12 education got another boost with Senate Bill 1 in 2009, which focused on educational assessment and accountability, and brought the Common Core standards to Kentucky schools.

Opposition to Common Core and Testing
Silberman acknowledges there’s a growing backlash among some lawmakers and parents against the Common Core standards, which they see as unwelcome federal government intervention into Kentucky schools. Some politicians have even called for a repeal of the standards.

But Silberman says reversing course on Common Core would cost more than $30 million, would negate significant work by teachers to prepare for the standards, and would set back student achievement.

“I think it’s time to put the political football in the locker room and focus on the kids,” Silberman says.

During a recent listening tour around the state, Ramsey says she and Silberman heard complaints about too much student testing. She contends local school districts actually require more testing than the state does.

“We do want to have a conversation about the number of assessments and the appropriate use of assessments in our schools,” Ramsey says. “We need to provide the opportunity for more performance-based assessment [and] move away from some of the standardized, pencil-and-paper testing that parents and community members are frustrated with.”

Funding Inequities Return
State funding for public education remains a serious issue in the commonwealth. During the recession years, Kentucky cut per-student investment in K-12 education by more than 11 percent, according to the Washington, D.C.-based Center on Budget and Policy Priorities.

With fewer state dollars in play, Silberman says school districts have to find more revenues locally, which put poor counties with weaker tax bases at a disadvantage. Silberman says that simply recreates the funding inequity that KERA sought to resolve 25 years ago.

In the last legislative session, the Prichard Committee and other education advocates celebrated a rare increase in public school budgets back to 2008 levels.

“We worked very hard to get that funding restored not knowing that when that happened, the money came from our friends,” Silberman says. “Higher ed got hit, social services got hit, mental health got hit.”

But Silberman also notes that the 2015 funding increase wasn’t adjusted for inflation, so schools are still actually 10 percent behind where they were seven years ago. Ramsey says that’s simply not acceptable in an era when schools should be creating more career and technical education opportunities.

“For policymakers to think that we can just cut our way to student outcomes, is flawed,” Ramsey says. “We need to invest for innovation to get our students where they need to go – and thinking about KTRS and fixing that first is going to be critical.”

Ramsey is a member of a task force that Gov. Steve Beshear recently appointed to study the $14 billion unfunded liability in the Kentucky Teachers’ Retirement System. That panel held its first meeting last week, and is scheduled to make recommendations to the General Assembly by the end of the year.

Technology Concerns
Another issue facing Kentucky students is the digital divide. Silberman compares broadband Internet access to textbooks. He says in earlier days some schools provided their students with worn, out-of-date textbooks when other districts stocked their classrooms with the newest editions. Silberman says that disadvantage is being replicated today as many students can access high-speed Internet at school and at home, while others cannot.

Ramsey says Internet access is important not only for routine assignments, but it can be crucial during lengthy school closures due to bad weather. She says the Internet can help connect snowbound students and teachers so that learning can continue even while they’re at home. Plus she says expanding broadband statewide will provide additional benefits as well.

“We can think about it from both an education and an economic imperative,” Ramsey says. “Because what impacts our students’ education with regards to technology is also affecting the workforce in those areas of the state.”

Recommitting to Education
Because Kentucky schools and students have made significant gains since KERA, Silberman worries that people might become complacent about the work that remains to be done. As he retires from the Prichard Committee and hands the leadership to Ramsey, he says he hopes the organization will continue to foster a sense of urgency about improving education in the commonwealth.

Regardless of whether it’s technology, testing, or overall education funding, Ramsey says the rapid pace of change today makes it ever more important for all Kentuckians to be engaged with their public schools.

“I think with each generation we have to recommit, re-energize, and deepen the community’s commitment to education,” Ramsey says. “And our schools need to be open and welcoming to that commitment. They need to ask the community to come to the table and to be part of the discussion.” 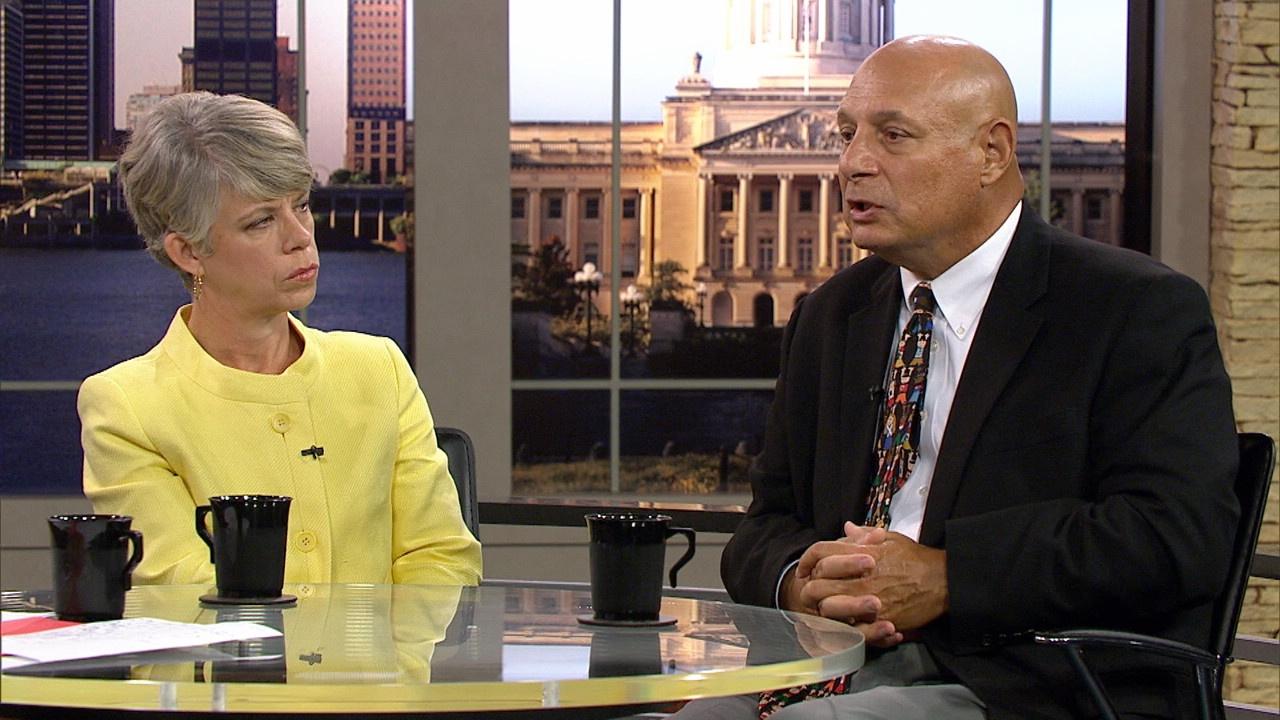