In case you hadn’t noticed, farming is no longer just about tending crops and raising livestock.

Two experts on how technology is changing food production and distribution appeared on KET’s One to One: Mary Shelman is the former director of the agribusiness program at the Harvard Business School, and Damien McLoughlin is a marketing expert who teaches at the New York University Stern School of Business and the Michael Smurfit Graduate Business School at the University College Dublin in Ireland. Shelman and McLoughlin spoke at ONE: The Alltech Ideas Conference held in Lexington this spring.

Technology Down on the Farm

Mary Shelman has seen agriculture from the ground up.

She was raised on her family’s grain farm in central Kentucky, and she often accompanied her father as he made sales calls for his ag equipment dealership. She got an engineering degree from the University of Kentucky and worked in the oil industry before going to Harvard to get her MBA. While at the school, Shelman met a professor of agriculture and business named Ray Goldberg, the man credited with coining the term “agribusiness.”

After she completed her studies, Shelman worked for Goldberg, writing case studies about a range of agricultural topics. She traveled the world talking with farmers and with executives at global corporations like food and beverage giant Nestlé and the chemical and biotechnology company Monsanto. She recently retired after directing Harvard’s agribusiness program for 11 years.

Shelman says the definition of agriculture today has grown to include food systems, environmental issues, and health concerns. She says taking that broader perspective opens many new employment opportunities for those who are interested in some aspect of agriculture but don’t see themselves becoming farmers.

“I think about the bourbon industry and the Bourbon Trail,” Shelman says. “I consider that part of agribusiness. … You’re using something the state is very good at to bring people in and telling the story [about bourbon], and the impact on the economy is huge.”

While she applauds niche farmers who want to raise and sell fruits, vegetables, meat and dairy products directly to local customers, Shelman says the bigger challenge will be to figure out how to feed a global population that’s expected to surpass 9 billion people by the year 2050. And that will require farmers to change how they approach agriculture.

“Technology has really been such an important piece about our being able to feed the world without more needing more and more space,” Shelman says. “It’s that technology dimension that is really so exciting right now because [of] advances in what’s called precision farming.”

Using specialized planters, spray rigs, and harvesters, Shelman says farmers can target what seeds to plant, where to sow them, how much to fertilize them, and when to apply pesticides and herbicides in precise degrees so as to maximize crop yields. These techniques are supplemented with real-time data from drone and satellite observations than can alert farmers via text messages that something may be amiss in the center of a field that they wouldn’t be able to detect from the perimeter.

Shelman says precision farming presents exciting opportunities for farmers as well as unique challenges. For example, she says the technology is advancing so rapidly that it’s hard for farmers to know when and how often to upgrade their equipment.

The View From Across the Atlantic

Innovation is also sweeping through the food industry in the British Isles.

Four years ago the Irish Food Board launched an initiative to promote sustainably produced food and beverages. Marketing consultant Damien McLoughlin says the Origin Green program wants all 140,000 of Ireland’s farmers to measure the environmental impact of their crop and livestock activities and then develop a plan to produce them more sustainably. Food processors will conduct a similar effort to ensure that their products are good for the environment and healthy for consumers.

Origin Green is the only sustainability program in the world that operates on a national scale. McLoughlin says so far more than 90 percent of all beef producers and about 75 percent of dairy farmers have joined the voluntary initiative. The goal, says McLoughlin, is to promote environmental responsibility at home and give Irish food products a competitive edge among consumers and retailers around the globe. It’s also reviving an interest in food and farming.

“Our agricultural programs at our university are full because people are excited again about the food industry,” McLoughlin says.

Technology is shaping the other end of the food chain as grocers look for ways to reduce their operating costs while improving value for customers.

McLoughlin says the British online supermarket Ocado may have discovered a formula to successfully achieve both things. From several warehouses around England, the company is able to offer a much greater diversity of products than most traditional grocery stores. Customers place their orders online, and Ocado delivers their purchases directly to their homes.

“What they have done is to establish a technological model which allows them to have a very significant cost advantage relative to bricks-and-mortar supermarkets,” McLoughlin says. “The value proposition to consumers is huge.”

Several companies have offered online grocery services in the United States with varying degrees of success. McLoughlin points to one such venture called Webvan that operated in several major American cities in the late 1990s. He says the company eventually went bankrupt because it hadn’t figured out how to contain its costs.

In addition to delivery services, McLoughlin says food producers and retailers should use technology to help them develop breakthrough items that will generate excitement and demand among customers.

“When was the last time there was a food product where wealthy, middle-class consumers are willing to cue around the corner like they do for Apple iPhones?” McLoughlin asks. “I can’t think of the last time that that ever happened.” 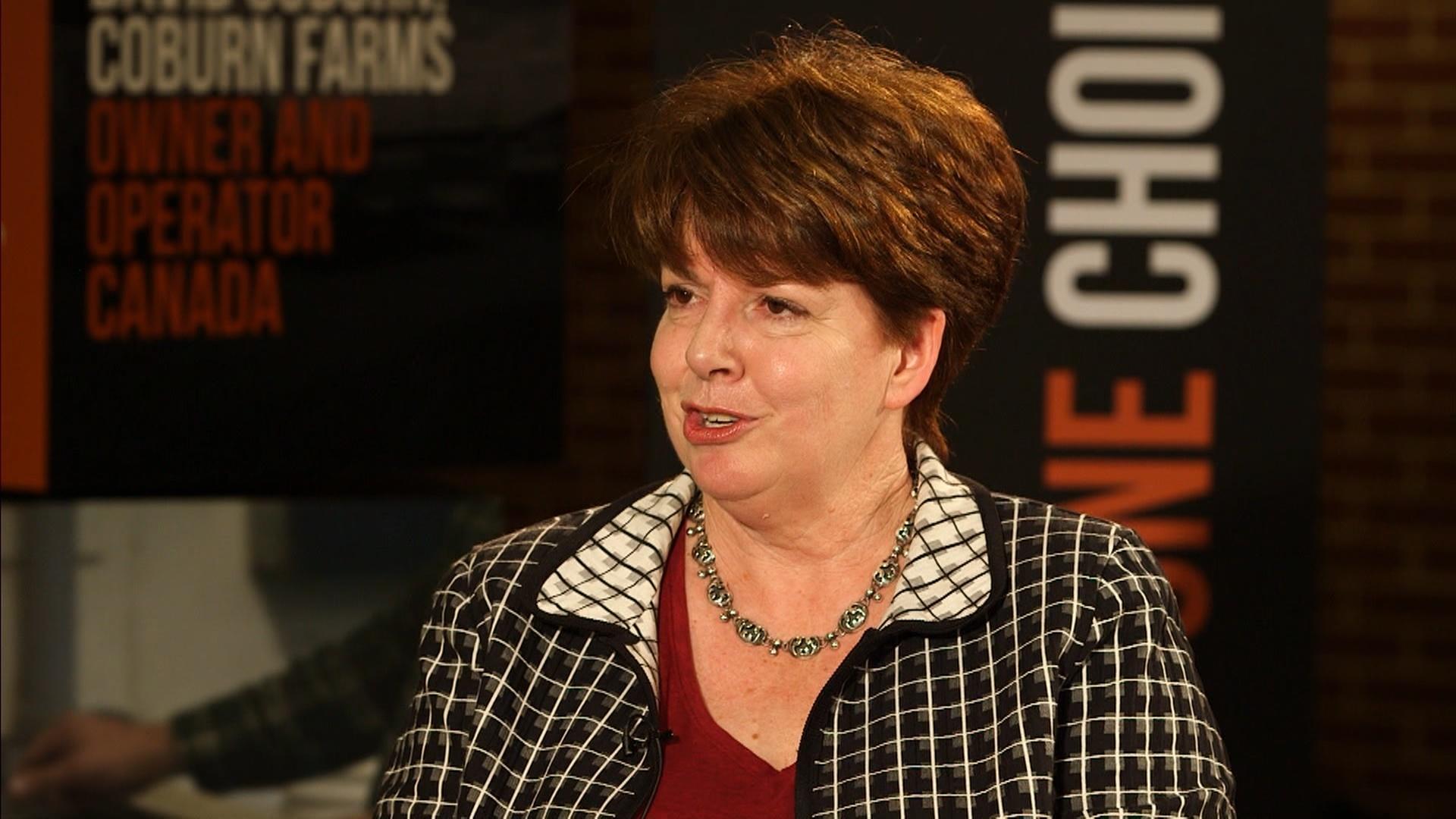