Instead he’s home trying to fight different kinds of gridlock as President and CEO of the Northern Kentucky Chamber of Commerce. And whether he’s talking about gridlock on the Brent Spence Bridge or in employment training, Grayson couldn’t be happier to be back in the region where he was raised.

“I get paid every day to wake up thinking about how to strengthen the businesses in my hometown and how to grow the overall economy of my hometown,” Grayson says. “That’s a great job.”

The former two-term Kentucky Secretary of State appeared on KET’s One to One to discuss his work in northern Kentucky and his thoughts on national politics.

Returning Home in a New Role
A native of Kenton County and a graduate of Harvard University, Grayson resigned near the end of his second term as Secretary of State to return to his alma mater and work as director of Harvard’s Institute of Politics from 2011 to 2014. He then came back to the commonwealth and was named the head of the northern Kentucky chamber in the spring of 2014.

Grayson says the region’s three primary counties – Boone, and Campbell, along with Kenton – have a population of more than 400,000 people. He says that makes the region a significant part of the Kentucky economy as well as the economy of metropolitan Cincinnati.

“But we have this awkwardness,” Grayson explains. “People from Cincinnati look at us and say ‘You’re in another state,’ [and] people in Kentucky are like, ‘No, you’re part of Cincinnati.’ I like to say we’re both.”

For Whom the Bridge Tolls
That strong economic link with Cincinnati depends on the Brent Spence Bridge, a 50-year-old, double-deck span that carries interstate highway traffic across the Ohio River. The aging bridge is a bottleneck in the flow of commerce and commuters between Kentucky and Ohio, but a push to repair or even replace the bridge has been stymied by a debate over whether tolls should be used to fund the estimated $3 billion project.

“We at the chamber think that this bridge is so essential that we ought to embrace tolls like Louisville did, get this project off the ground, get it built, and get back to growing as a region,” Grayson says.

Instead of focusing on the Brent Spence Bridge, some civic leaders in the region are now proposing a new bypass and bridge around the eastern edge of the metro area. They contend the project would open more land for economic development and would be less expensive than rehabbing the existing downtown bridge.

Grayson doubts that idea would be cheaper and says regardless of the price tag, it would still likely need tolls to pay for it. Grayson says he understands the opposition to tolls, but with fewer state and federal dollars available for major construction projects, tolls may be the only option for moving forward.

“At the end of the day it’s all coming from us taxpayers, whether I pay it as a toll, or I pay it as a gas tax, or any other kind of tax… we pay for the infrastructure in America,” Grayson says.

Workforce Training Lags Available Jobs
Another challenge for the northern Kentucky region is a shortage of qualified workers to fill available advanced manufacturing jobs. Those positions require higher skills and more technical training than the current workforce is able to support. Local officials estimate there will be more than 6,000 open manufacturing positions in northern Kentucky by the year 2022.

The industry is already a critical part of the region’s economy. Grayson says there are more people working in manufacturing in Boone, Campbell, and Kenton Counties than work in the coal industry in the entire state. He fears that without more emphasis on workforce training, Kentucky could start to lose advanced manufacturing jobs to other states.

But Grayson says education isn’t the only problem.

“The other thing that exacerbates the shortage is the heroin crisis that we have in northern Kentucky because it’s primarily hitting younger people [and] that pool of employees that could be in the system,” Grayson says. “We need more treatment [for addicts], but we’re working on it and I’m proud of my community for rallying to try to solve this problem.”

Grayson says the chamber, manufacturers, and local training providers like Gateway Community and Technical College have created a coalition charged with developing a plan to fill the available jobs and create more training opportunities for students as well as mid-career employees. They’ve also launched a new marketing campaign called “I Made It in NKY” to lure more workers to the industry.

Presidential and Congressional Politics
Even as he works to promote business in his home region, Grayson still maintains an active interest in politics. He calls the current phase of the presidential race a “crazy time” as candidates fight for the attention of prospective voters and donors.

“To me the biggest overall trend, and you see this in both parties, is the frustration the party base has with what’s going on in the country [and] what’s going on with their party’s leadership,” Grayson says.

The result, according to Grayson, is the popularity of political outsiders like Donald Trump, Dr. Ben Carson, and Carly Fiorina on the Republican side, and Sen. Bernie Sanders on the Democratic side. Grayson says he thinks a more traditional candidate will ultimately win the nomination in both parties, but he says those nominees will still have to grapple with the discontent among voters.

Grayson says he was sorry that House Speaker John Boehner resigned after a long and successful congressional career. He says it’s interesting how the Kentucky delegation split over Boehner’s leadership. Sen. Mitch McConnell and Reps. Andy Barr and Hal Rogers supported Boehner, but northern Kentucky Rep. Thomas Massie was part of the effort to oust the Ohio Republican.

Grayson wonders what Boehner’s departure will mean for McConnell. While he thinks the Senate Majority Leader’s job is safe, Grayson doesn’t think the work will be any easier for McConnell, especially with House Republicans scrambling for new leadership and with a budget battle, a transportation bill, and other big issues on the fall agenda for Congress.

“Some gridlock is a good thing, but we do need the government to function at some level and this might be too much gridlock for the nation to prosper,” Grayson says. 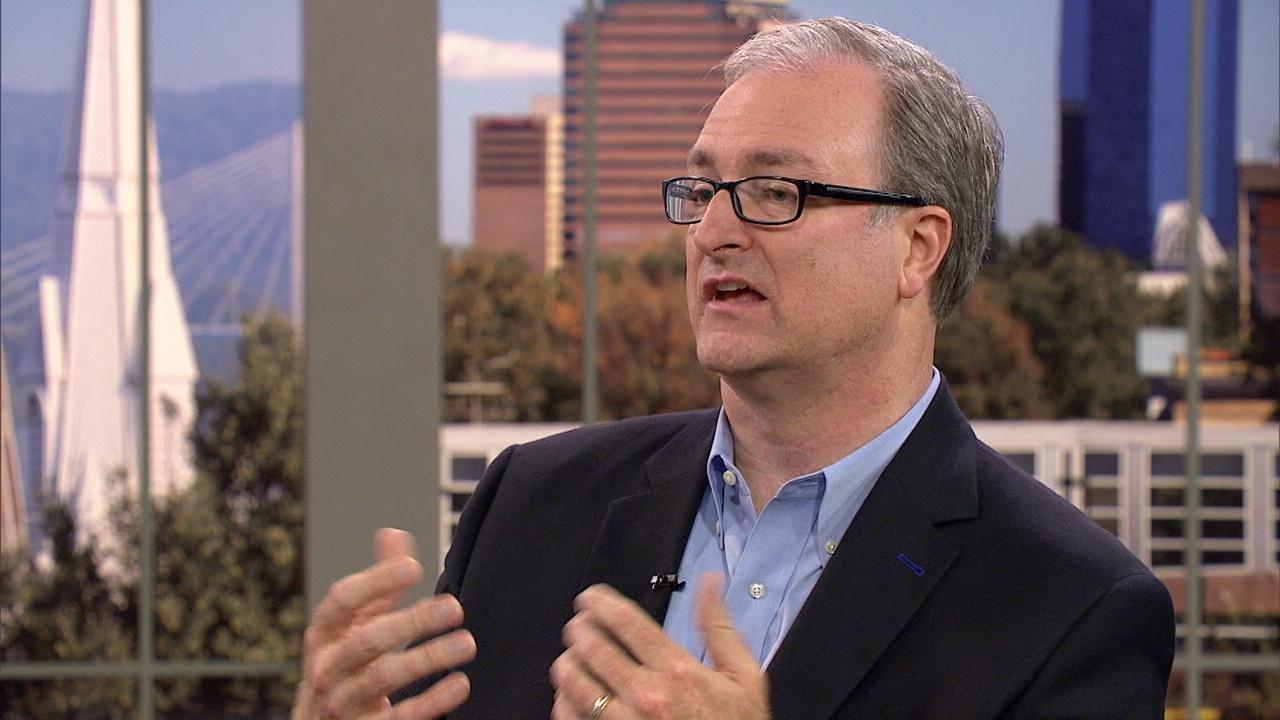