In June, U.S. Rep. John Yarmuth announced that he would seek a sixth term in Congress. As a self-described progressive and the state’s lone Democrat in Washington, Yarmuth says he still wants to have a voice on important issues facing the commonwealth and the nation.

“I want to make sure the other five members of the delegation and our two senators don’t get the only word,” Yarmuth says.

Kentucky’s 3rd district congressman appeared on KET’s One to One to discuss topics ranging from Planned Parenthood to campaign finance, and to share his thoughts about the 2016 presidential election.

As a former board member of Planned Parenthood in Louisville, Yarmuth says cutting government funding for the organization is a mistake. He says the group provides primary health care to millions of women and men, and uses no federal money for abortion services. Yarmuth contends that there is widespread support for Planned Parenthood, and conservatives would likely pay a high political price for shuttering the government over the issue.

The Republican Congress may also look at ways to reign in President Barack Obama’s efforts to address climate change. Yarmuth praises the president for using his executive authority to advance environmental regulations to limit greenhouse gases. But Yarmuth doubts Obama has enough time left in his final term to muster sufficient domestic support or assemble an international coalition to do much more about the issue.

“The evidence of climate change is everywhere, and we ignore it at our peril,” Yarmuth warns.

Iranian Nuclear Agreement
Yarmuth supported the Obama Administration’s multi-nation deal to limit Iran’s nuclear development. He says there was no viable alternative to the agreement, and that it provided the best way to prevent Iran from getting a nuclear weapon. Yarmuth argues the deal is controversial because it involves Iran and because Israeli Prime Minister Benjamin Netanyahu is so critical of the accord.

“Netanyahu’s saying this is the specter of nuclear holocaust, well, no, that’s not the case,” says Yarmuth, who is Jewish. “Under this deal, the Iranians are never permitted to have a nuclear weapon, ever… and they will have constant inspections forever.”

The congressman adds that walking away from the deal would have destroyed America’s credibility with the other global partners in the agreement: China, England, France, Germany, and Russia.

First Amendment Issue
Since his first campaign for Congress in 2006, Yarmuth has advocated for campaign finance reform. He laments that the problems of money in politics have only gotten worse in the last decade.

“The Supreme Court opened the floodgates – they made a disastrous decision in Citizens United,” Yarmuth says about the 2010 decision that eliminated political spending limits for corporations and unions. The congressman adds that he thinks the high court will eventually abolish restrictions on individual contributions made directly to candidates.

In 2011, Yarmuth introduced bipartisan legislation calling for a constitutional amendment to clarify that political contributions don’t qualify as protected speech under the First Amendment. His bill and similar proposals stand little chance of passing Congress, but Yarmuth says there may yet be hope for reformers. He says the rise of social media allows candidates to speak directly to voters without having to pay for expensive advertisements.

“[If] you eliminate campaign TV commercials, you’ve really eliminated the need for all the money,” Yarmuth says. “Certainly you won’t have to raise $3, $5, $10 million for a congressional election, and that will be a good step forward.”

As for Kentucky county clerks exercising their religious liberties, Yarmuth says there’s no need to change any existing laws. He says there’s no excuse for Rowan County Clerk Kim Davis to deny marriage licenses to gay couples based on her faith. He says that in his view, issuing a certificate does not compromise one’s religious beliefs.

Presidential Politics
Looking to the 2016 presidential race, Yarmuth says current Republican front-runner Donald Trump is a potent if ultimately unelectable candidate. He thinks Trump’s self-confidence and business background appeal to a set of disaffected voters who want someone to change Washington. Yarmuth says Trump connects with those who are against political correctness and immigration but don’t feel like they can voice their opposition.

On the Democratic side, Yarmuth says he doesn’t see Vermont Sen. Bernie Sanders winning the party’s nomination despite his progressive appeal. He credits Sanders for his use of social media to generate huge crowds for his campaign appearances.

As for other Democratic contenders, Yarmuth says both former Secretary of State Hillary Clinton and Vice President Joe Biden (who has yet to announce whether he’s running or not) have the tools to be a great president.

“Joe would come to the race with no baggage: He wouldn’t have the distraction of Bill Clinton, you wouldn’t have the Benghazi rumors, and the email situation hanging over him,” Yarmuth says. “I think the intangibles there, not the resume items, would probably make him a little bit stronger candidate.”

Yarmuth says lingering questions over Clinton’s State Department emails is the one issue that could derail her candidacy. If the FBI brings no charges against Clinton or her staff, Yarmuth thinks the email controversy will eventually fade.

“I think what Hillary brings to the race is a very strong, entrenched organization [with] a lot of very talented people that have been a part of her team a long time, and the novelty of being the first female president,” Yarmuth says. 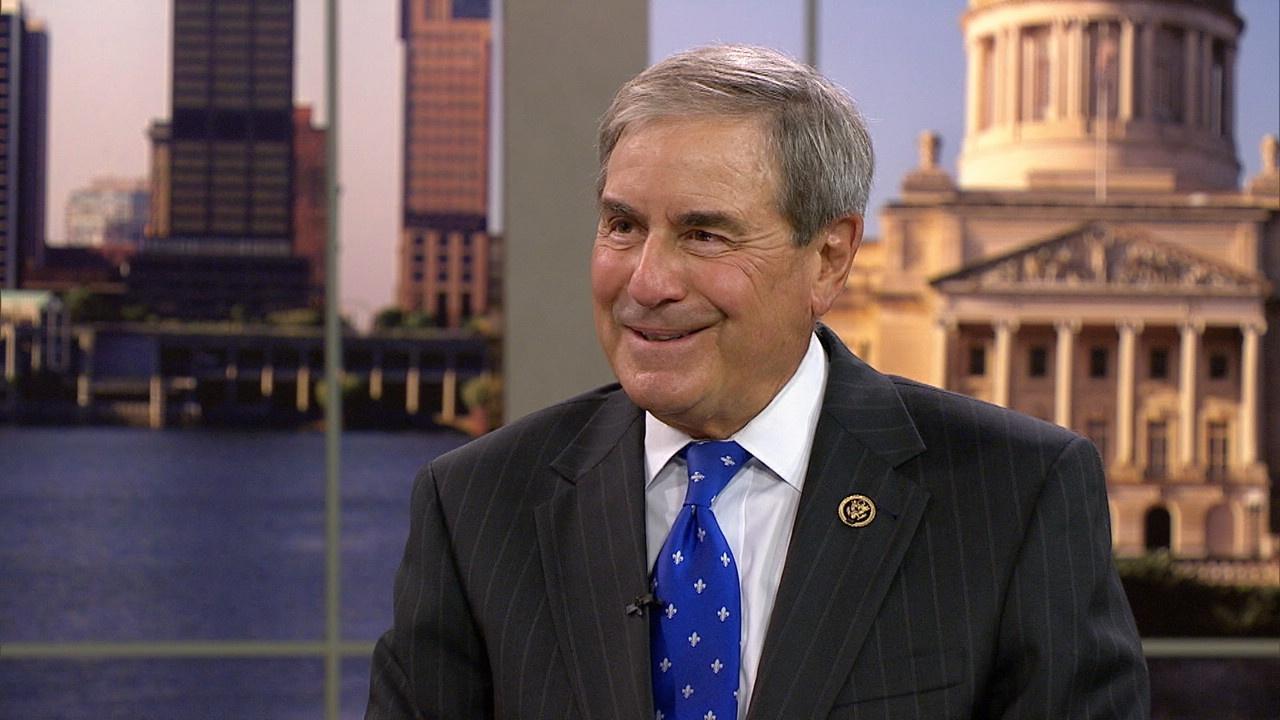