In 2013, U.S. Rep. Thomas Massie successfully worked to include industrial hemp research in the federal farm bill as a way to give struggling Kentucky farmers another potential cash crop.

Now the 4th district Congressman wants to make it easier for farmers to sell meat and milk directly to customers within their own states.

Massie appeared on KET’s One to One to discuss his legislation as well as his drive to replace House Speaker John Boehner and his recent trip to Iowa to campaign for Sen. Rand Paul’s presidential bid.

Legislation to Benefit Family Farms
In addition to allowing farmers to grow industrial hemp for its fiber, Massie wants producers to have greater latitude to sell raw milk and non-inspected beef, pork, or lamb from their farms.

“There are a lot of laws that came about to protect consumers from industrial-scale food production and the dangers that come with that,” Massie explains. “But what’s happened is these regulations have stopped small farmers from being able to market directly to consumers.”

Under current law, most commercially sold beef must go through a U.S. Department of Agriculture-inspected processing facility. Since there are relatively few of those accredited slaughterhouses, Massie, who raises grass-fed beef in Lewis County, contends that this regulation limits the market for meat raised on small family farms. His PRIME Act legislation would enable farmers to sell meat that was processed in a custom slaughterhouse to consumers within the same state.

Massie has also introduced bills that would lift federal restrictions on the interstate sale of raw, unpasteurized milk, which some people believe is healthier than pasteurized milk. The Republican says his so-called food freedom bills have attracted bipartisan support, but that all of the legislation is awaiting committee hearings.

Politics within the House of Representatives
Massie is one of a number of House Republicans who have pledged to vote against any budget bills that include funding for Planned Parenthood – even if that means a government shutdown. The organization recently came under fire when undercover videos purported to show Planned Parenthood officials discussing the sale of aborted fetal tissue.

The Congressman says no federal money should be used for abortions, and he contends Planned Parenthood uses its funding to contribute to politicians who favor allowing abortions.

Then there’s Massie’s ongoing campaign against Speaker of the House John Boehner. Massie was one of 25 Republicans who voted against Rep. Boehner’s reelection to House Speaker in January, and he’s now co-sponsoring a resolution to vacate the leadership post.

“The problem that we have in Congress is not that we disagree with the speaker’s ideology or his policies,” Massie says. “It’s the way that [the Congress] is run and I don’t think our founders would recognize what’s happening in Washington, D.C., today.”

Massie says the legislative agenda isn’t driven by House members but rather by big-money interests aligned with Boehner. Massie also contends that Boehner creates crisis situations by waiting until the last minute to take votes, and he coerces lawmakers by threatening their committee appointments. Massie says he has high hopes for getting a new House Speaker.

“They don’t have to share my ideology, they don’t have to be as conservative as I am,” Massie says of a new leader. “All they have to do is follow regular order… and be inclusive and open and transparent.”

On the Campaign Trail
During the August Congressional recess, Massie traveled to Iowa to campaign on behalf of Sen. Rand Paul in his bid for president. Massie says he thinks the situation in the early voting states is still fluid as the GOP candidates vie for the attention of the various bases within the party.

“I think the sentiment there is that people are looking for who’s going to be disruptive in Washington,” Massie says. “They know that the same old thing is not going to cut it.”

He says Paul’s campaign is extremely well organized in Iowa, due in part to the political structure his father, former Texas Congressman Ron Paul, built for his presidential bid in 2012. Massie says Rand Paul’s job is to stay in the race long enough for the field to narrow so he can accrue more voters to his candidacy.

Massie says this presidential election is critical for the GOP, especially since Republicans control the House and Senate. Massie says businessman Donald Trump has the right message but is the wrong messenger for the party, and he opposes former Florida Gov. Jeb Bush because thinks the country doesn’t need another Bush in the Oval Office. 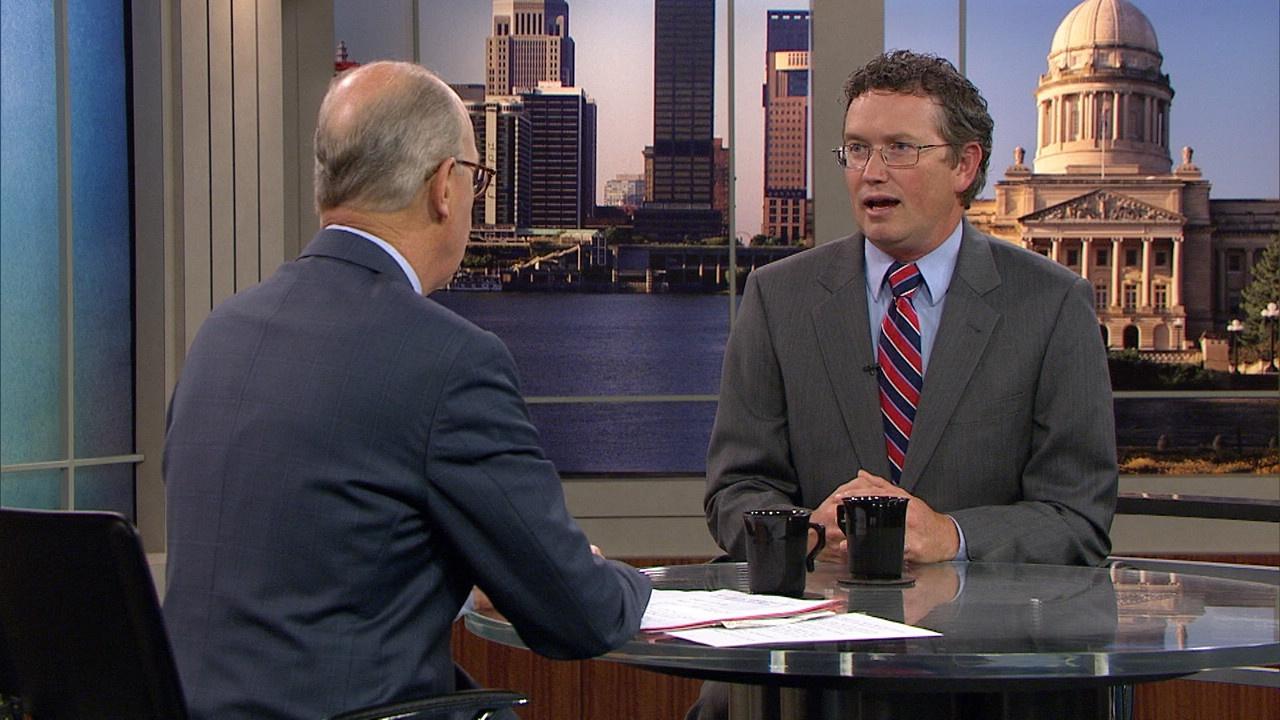