Two years ago Time magazine put a somber-faced Rand Paul on its cover beside the headline, “The Most Interesting Man in Politics.”

Six months later, the first-term U.S.  senator from Kentucky launched a bid for the presidency with a libertarian platform and a drive to broaden the traditional Republican base to include more minority and youth voters.

But only 10 months after that, in February of this year, Paul suspended his campaign after finishing a distant fifth in the Iowa Republican caucuses.

“We peaked right before we started the presidential campaign and it’s not the best time to peak,” Paul says with a laugh.

Now the Republican has focused his attentions on his re-election to the Senate and a campaign against Democrat and Lexington Mayor Jim Gray. Paul appeared on KET’s One to One to discuss national politics and key issues in his Senate race.

Paul says his presidential campaign message got lost in a crowded, chaotic field of Republican candidates that was dominated by real estate mogul Donald Trump. He argues that the GOP won’t win the presidency until it engages more black, Hispanic, and working class voters. He says he’s proud of his efforts to diversify his party.

Despite several harsh exchanges between Paul and Trump in early primary debates, the Kentuckian still supports the New Yorker for the presidency. Unlike Democratic presidential nominee Hillary Clinton, Paul says, Trump offers voters in the commonwealth a candidate who will protect Second Amendment rights and who wants to repeal regulations so coal miners and small farmers can thrive again.

A Busy First Term
Paul was a political newcomer when he launched his first candidacy for the Senate in 2009. He parlayed his libertarian agenda and Tea Party connections into a victory over then-Kentucky Secretary of State Trey Grayson in the party primary. The Bowling Green ophthalmologist went on to defeat then-state Attorney General Jack Conway in the 2010 general election by 155,000 votes.

In the Senate, Paul says he’s introduced nearly 500 bills and had votes on 50 amendments. He points to successful efforts to get active duty soldiers stationed overseas counted on their hometown census rolls, and to prevent the Army Corps of Engineers from charging Somerset, Burnside, other communities to draw drinking water from Lake Cumberland. Paul has also worked to promote more treatment options for heroin addicts, and what he calls “economic freedom zones” to offer tax breaks to people in eastern Kentucky and other areas of high poverty and unemployment.

The Republican also touts his bipartisan push for criminal justice reforms. He has partnered with Sen. Harry Reid (D-NV) and Sen. Cory Booker (D-NJ) on legislation to prevent juveniles from being placed solitary confinement, to allow for expungement of some criminal offenses, and to restore voting rights to certain felons.

“I think it’s important that Republicans become known as people who believe in second chances,” Paul says. “Because you made a youthful mistake, you should not forever be consigned to poverty, drugs, and back into prison.”

Spending and Entitlements
Paul says Congress should exert greater authority over government spending, and he criticizes his fellow lawmakers for passing massive omnibus spending bills, which he says no one reads, instead of individual appropriations bills.

“It’s a dirty, rotten, no good way to run your government and we should do it differently,” Paul says. “It is frustrating because some of the people doing it are sometimes from my own party.”

To save Social Security, Paul proposes gradually raising the eligibility age over the next generation, and reducing benefits for those at upper income levels. He says those steps would prevent a potential 25 percent benefit cut to all enrollees in the next decade.

He also says Democrats have failed in the war on poverty and that it’s up to Republicans to offer alternative solutions to help struggling Americans.

National Security Issues
Paul says defense spending is the nation’s top funding priority, but he adds that the military shouldn’t get a blank check. He contends that any increases to the defense budget should be offset with cuts in other areas of government.

The senator also argues that Congress should have to give authorization before any military involvement in Syria, Iraq, and other Middle Eastern nations. He says he wants to eliminate Islamic State terrorists but prefers to do it using Arab and Muslim soldiers rather than American troops.

“Civilized Islam will have to stamp out radical Islam,” says Paul. “If they see Americans coming, all it does is engender more hatred.”

Paul opposes the bulk collection of intelligence data on American citizens. He says such searches are unconstitutional and result in gathering too much information to be useful. He says any investigations of personal records or communications should occur only after a proper warrant has been secured. 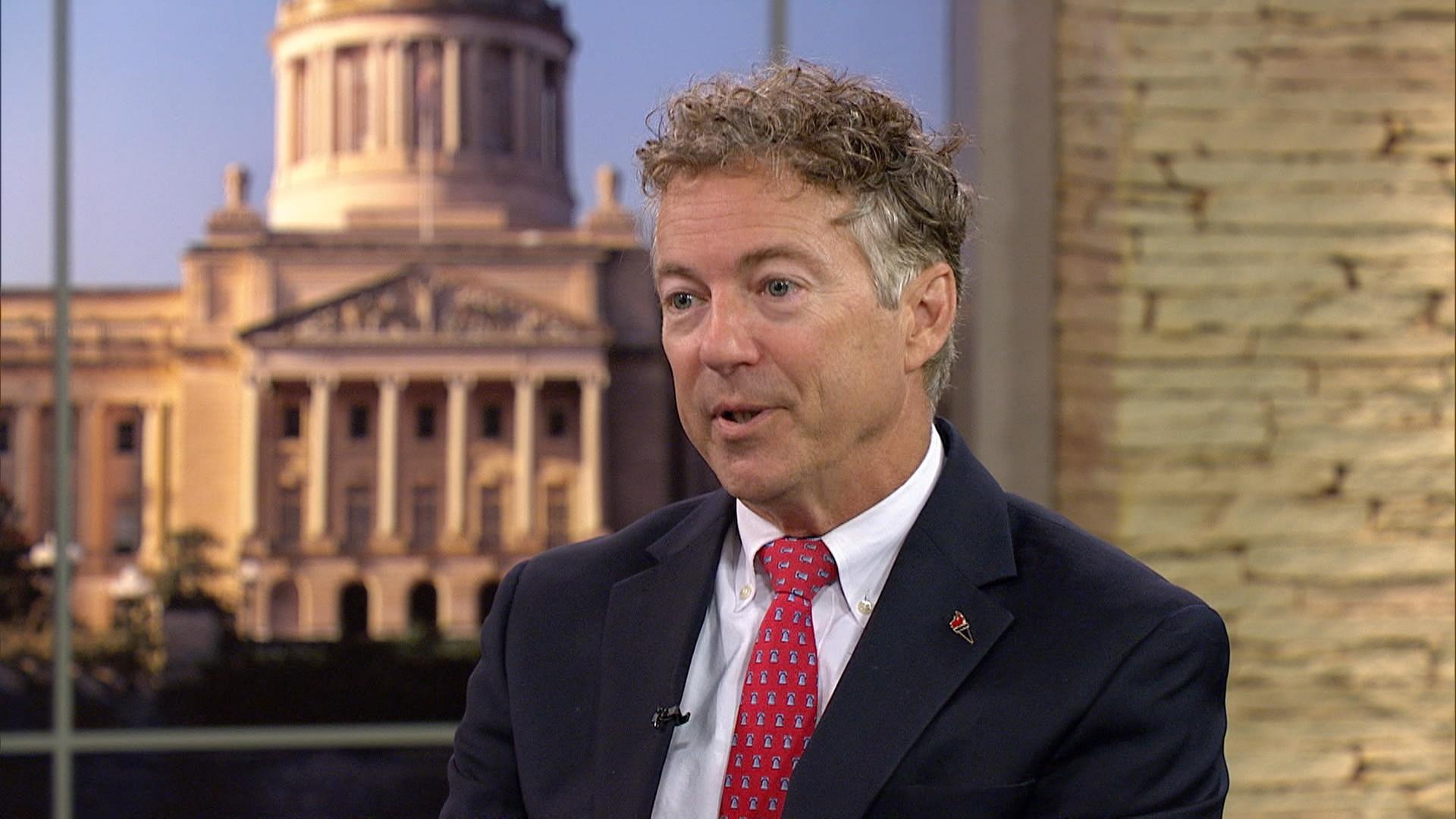