This program, hosted by Bill Goodman and Renee Shaw, includes excerpts from the SOAR Summit in Pikeville and a discussion with Governor Steve Beshear and U.S. Congressman Hal Rogers.
S2 E3 Length 29:00 Premiere: 5.11.15

What started as a conversation between two old friends has grown into a crusade of sorts that’s uniting thousands of people to help revitalize one of the nation’s most economically depressed regions.

The Shaping Our Appalachian Region initiative held its second summit in Pikeville Monday. Kentucky Gov. Steve Beshear and Congressman Hal Rogers were on hand to oversee the proceedings and reflect on the movement they helped launch.

Beshear and Rogers have known each other since the early days of their respective political careers. But the Congressman says the two started having serious conversations a couple of years ago as job losses in the thousands began to devastate the eastern Kentucky coal industry. Despite their political differences, the Republican Rogers and the Democratic Beshear were united in a desire to help the state’s Appalachian region.

Soon they conceived an organization designed to address unemployment and a host of other issues negatively affecting the economic and social health of region. They called it SOAR, which stands for Shaping Our Appalachian Region, and the initiative had its public coming out party in December 2013, when 1,700 people gathered in Pikeville to discuss ideas for revitalization.

Major Projects Planned for the Region
“It’s amazing when I look back at the last year and a half… [at] how far we’ve come and how much has happened,” Beshear says. “The thing that’s impressed me more than anything, it’s the commitment of the people of eastern Kentucky to this effort.”

Beshear notes the thousands of people who have attended SOAR listening sessions throughout the region in the past year. That input has helped shape goals and priorities for the organization. He also notes state commitments to four-lane the Mountain Parkway for its entire length, and to allocate $4 million in coal severance tax money to a regional development fund. And there’s the marquee project of installing high-speed, high-capacity broadband Internet infrastructure throughout the region (and eventually the entire state), which Beshear says will cost upwards of $350 million.

“I think it’s the new interstate highways of today,” says Rogers in describing the coming Internet service. “I want to see that ‘super I-way’ go in to the far reaches of what I what I like to say is Silicon Holler… I think it will give us the capacity and the capability to greatly expand the economy of eastern Kentucky into the higher-tech area.”

Movement Gains National Attention
SOAR has grown not only because of the participation of local citizens, but also with the help of a number of federal officials. Beshear credits Rogers’ influence in Washington, where he is chairman of the House Appropriations Committee, with helping to land visits from White House Drug Czar Michael Botticelli to discuss drug addiction problems in Appalachia, CDC Director Dr. Tom Frieden to hear about regional health concerns, and Agriculture Secretary Tom Vilsack to announce USDA funding to help grow the region’s rural economy.

“We’re the buzz all across Washington – I think a little bit of it is because you see a Republican and a Democrat actually talking to each other and working together,” jokes Beshear.

“But just as importantly, people there see a real effort to take an area of rural America that is suffering economically and turn the situation around,” the governor says. “They are watching us and they are watching our success so far, and we’ve just got to make sure that we continue to build on what we’ve done.”

Commitments for the Future
Moving forward, the SOAR organization will continue to refine goals and strategies for its areas of focus, including agriculture, business incubation and recruitment, health, leadership development, infrastructure, and tourism. Rogers says they’ve also enlisted the help of Lexington businessman Jim Host to solicit private donations to the regional development fund, which will be used to help recruit companies to the region.

Rogers and Beshear emphasize that the revitalization will take decades and will long outlast their involvement in the effort. The leaders add that they and the SOAR executive committee are only facilitators in the process. The real work, they say, will have to be done by committed individuals, organizations, and businesses all across the region.

“I want you to have a fun day today,” Beshear told the attendees of the yesterday’s SOAR summit in Pikeville. “But at the end of this day I want you to leave here recommitted to continuing this work.” 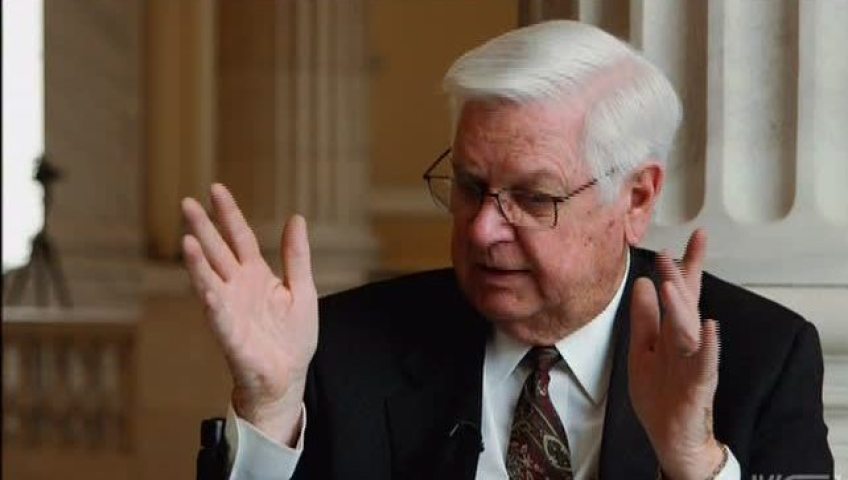