They may seem like worlds apart: the glossy, high-tech environs of the San Francisco Bay area, and the economically struggling mountain towns of eastern Kentucky.

But when he visited Big Sandy Community and Technical earlier this week, California Congressman Ro Khanna (D-CA-17) noted a set of values that are shared by people in his home district and in central Appalachia.

“One of the things that I’ve seen in this region which is similar to the [Silicon] Valley is collaboration, and a willingness to take risks and to dream big,” Khanna says.

The Democrat joined a panel of state and federal officials, representatives from Apple, Amazon, and Google, as well as local entrepreneurs to discuss ways to grow the burgeoning tech community in eastern Kentucky. The event dubbed “Connecting Silicon Valley to Silicon Holler” was hosted by SOAR (Shaping Our Appalachian Region), the Appalachian Regional Commission, and Kentucky-based technology company Interapt.

U.S. Rep. Hal Rogers (KY-5) co-founded the SOAR initiative in 2013 to bring new ideas and energy to help counter the geographic isolation, poverty, and decline of the coal industry in the region. He says eastern Kentucky has three key assets that can propel an economic revitalization: People with an unparalleled work ethic, a competitive wage structure, and the capacity to train people for new high-tech jobs.

Now with the coming of high-speed, broadband Internet to the region, Rogers says the raw goods and finished products of the digital age can flow as easily through mountain communities as they can through Silicon Valley. He says that will bring a new economy to eastern Kentucky.

“We’ve exported our talent all these years simply because we had nothing here to employ them,” Rogers says. “That’s going to change… We don’t need to export our talent anymore because with the cable, it don’t matter where you are, you can do the work.”

A few tech companies have already taken root in the region that Rogers has dubbed “Silicon Holler.” The U.S. State Department uses a Williamsburg facility to process visa applications, while an operation in Mt. Vernon is digitizing the service records of disabled veterans. And a tech startup in Pikeville called Bit Source trains unemployed coal miners in computer coding to do website and software development.

By focusing on training and entrepreneurship, Gov. Matt Bevin says the region can work its way out of the poverty that has plagued eastern Kentuckians for generations.

From Mining Coal to Writing Code
On Monday (03/13/17), Interapt announced a second round of its program to teach computer coding to eastern Kentuckians. The inaugural round of TechHire Eastern Kentucky (TEKY) had more than 800 applicants for 35 slots. Candidates brought into the program are paid a living wage to learn coding and complete an internship, and then are given full-time employment once they complete their internship.

“We’ve demystified technology for them,” says Owensboro native and Interapt CEO Ankur Gopal. “They think we taught them a [coding] language. We actually taught them confidence and the ability that they have the intelligence to learn something complex quickly.”

Gopal worked in Silicon Valley, Chicago, and Washington, D.C., before starting his Louisville-based company six years ago. He says he wanted to return to Kentucky to provide talented people here with opportunities to stay home and work in the tech industry. That success inspired him to branch out and help eastern Kentuckians, many of whom have been laid off from coal-related jobs.

“When I started this I said, if this works, this could be transformative for the region,” Gopal says. “If it doesn’t work, then at least we know what else we need to be doing next. So it was a win-win in my opinion, fail or succeed.”

Pikeville’s Bit Source has had similar success with its retraining program. Company co-owner Rusty Justice says they had 950 applications for 10 spots in their initial coding classes. He says the company recently launched a product for a company in northern California and they’ve created another product to assist with drug overdose response.

“It’s counter-intuitive to the rest of the world that we can do high-tech here in the mountains,” Justice says. Now that he has a growing base of skilled coders, he says the company needs better connections to the national marketplace.

“We don’t have… that network to high-volume buyers of our tech services that need our skills,” Justice explains. “[They need] to be convinced that we have that capability to do it here and the capability to grow. We’re ready to grow today.”

“This work is going to take a little faith and a lot of grit,” Arnett says, “and grit is something we’ve got.”

Spreading the Word About Silicon Holler
Getting new coders more experience is also crucial, says Ryan Burke, who created the TechHire initiative for the Obama Administration. She says finding and training eastern Kentuckians to do tech work is the easy part. What’s harder is convincing potential clients to make long-term investments in coders with relatively little experience instead of automatically hiring seasoned coders to fill their needs.

The good news is the jobs are available and companies are starving for talent, according to Megan Smith, a former Google executive and the federal government’s third Chief Technology Officer. She says that there are 600,000 high-tech positions open in the country today.

And those jobs pay 50 percent more than the average American salary, Smith says.

Even where jobs don’t exist, Smith says savvy coders can tap into any number of free data sets that the government collects to create valuable new products like Bit Source’s product development on responding to drug overdoses.

“There’s data all around us that’s available to us not just for serving better apps and advertisements to each other, but really solving the most intractable, hardest problems,” Smith says.

For his part Rep. Khanna says he’s eager to get back to California to spread the word about Silicon Holler to his Silicon Valley constituents and encourage them to send work to eastern Kentucky.

“I think it has to be a partnership,” Khanna says. “I don’t think it’s an act of Silicon Valley’s charity. It’s in their interest to harness the talent, the energy, the spirit here. That’s going to make their companies better, it’s going to make our country better.” 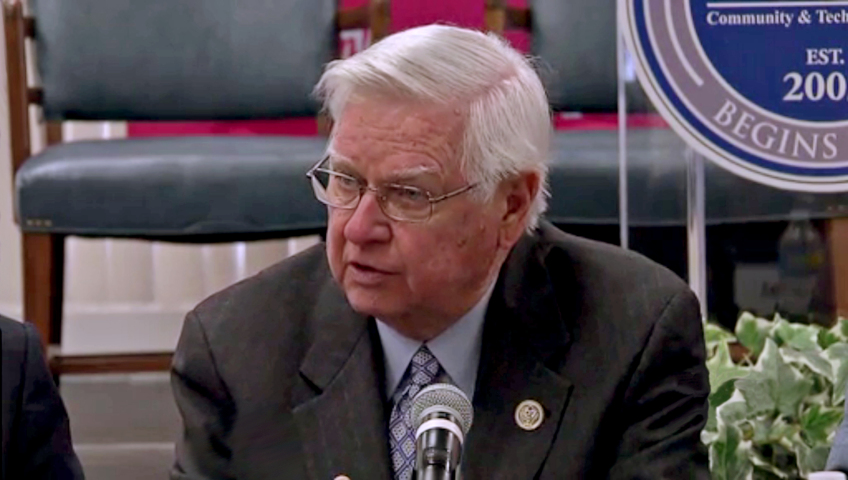