Susan Schneider, cognitive scientist and philosopher, discusses her work for NASA that delves into the question: If we were to encounter extraterrestrial intelligence and consciousness...what might it "look" like and would we even recognize it?
S2017 E6 Length 54:08 Premiere: 7.17.17

Alien life has been the subject of countless science fiction movies, television shows, comic books, and other forms of media over the past century. But the prospect of encountering extraterrestrial beings is also a complex and fascinating field of study for some of America’s top scientists. Obviously, the possibilities of alien intelligence and consciousness are as vast as the universe itself, which begs the question: If we were to indeed meet a being from a distant galaxy, would we even recognize it, much less be able to communicate with it?

Susan Schneider, a cognitive scientist and philosopher, discussed her work for NASA that examines extraterrestrial intelligence and what forms it might take if, or when, we encounter alien life. Her talk was presented at the 2016 IdeaFestival in Louisville at the Kentucky Center for the Arts and was filmed by KET for the series STEAM – Ideas that Shape Our World.

“Talking about space aliens may be even a little too weird for me,” said Schneider, who is an associate professor of philosophy of mind, metaphysics, and philosophy of cognitive science at the University of Connecticut. Nevertheless, when asked by officials at NASA to write a paper about the parameters of extraterrestrial intelligence, she wrote a paper that was covered by the New York Times and led to further publicity. Here are four takeaways from Schneider’s discussion in Louisville:

1) Schneider applies the latest research about artificial intelligence (AI) on Earth to her speculations on the nature of alien intelligence. Given humanity’s current rapid development of computer intelligence, which can currently out-perform human intelligence in a variety of computational tasks, Schneider believes that there’s a good chance that many alien civilizations have already passed the threshold that we are now facing.

“I do suspect that if there is life, the greatest alien intelligences will probably be post-biological, having grown out of civilizations that were originally biological, like ours,” she says.

This hypothesis derives from the “short window observation,” created by NASA historian Steven Dick. It states that once a species creates technology that could put them in touch with other life forms in the cosmos, they are only a few hundred years away from changing their own cognitive paradigm from a biological intelligence to a synthetic intelligence. Since we on Earth are “galactic babies,” as Schneider puts it, it’s likely that other life forms out in the universe have transitioned into synthetic modalities of intelligence.

Furthermore, Schneider notes that scientists have already produced silicon neurons that have exchanged information with real neurons. This proves that thinking is a computational activity, which can be transferred to a synthetic product. Thus, Schneider ventures that if we ever do encounter aliens, they may look less like Yoda from the Star Wars movies and more like a giant system of computer servers.

2) Exploring the prospect of alien life raises challenging questions about our own existence. Schneider acknowledges that there is a vigorous debate within the field of astrobiology about the origin of life. She mentions the Fermi Paradox, which rests on the knowledge that a) we know there are many stars in the universe older than our own sun that have Earth-like, habitable planets orbiting them; and b) despite this, we have no concrete evidence that alien life has ever visited Earth, nor have we ever made any contact with extra-terrestrials since the space program was launched.

One possible explanation for this paradox has been conceptualized by economist Robin Hanson. This “great filter theory” posits that lasting, evolved life is rare to begin with because along the timeline of creation and evolution there comes a point where “a great filter” presents itself that bars any further development.

If one accepts this “great filter” premise, then there arises the possibility that most – and perhaps all – alien civilizations that ever existed died off at some point, Schneider says, which does not bode well for humanity’s own future. A counter-argument to this proposes that our species has already surpassed its great filter. This leap may have occurred millions or billions of years ago, in early cellular evolution.

If this more encouraging view is correct, then now, at this point on the timeline, the human race may be poised on the brink of undergoing unprecedented intellectual advances – which could make us, as unlikely as it may seem, smarter than any alien species we would encounter. Overall, however, Schneider does not espouse this more positive outlook.

3) Aliens may have super-intelligence, but they may not necessarily be conscious beings. Schneider discusses the debate over consciousness among philosophers, and in particular highlights what David Chalmers calls the “hard problem” of consciousness. Cognitive science proves that our minds are constantly processing information – reading words, deciphering symbols such as traffic signs, rendering moving images, etc. – and that makes up much of our perpetual thinking. But there is also a subjective side, a felt quality to our experiences that makes each of us unique.

“You’re having all sorts of experiences and they are somehow bound together into a whole,” she says. “At this second, it feels like something to be you. That’s what I mean by conscious experience.”

For AI – either man-made here on Earth or potentially in alien form – the question is whether such an intelligent life form could also have that extra layer of experiential thought. Are their experiences just a series of computations? Schneider says that if super-intelligent AI cannot have consciousness, then advocates of any post-biological, synthetic form of intelligence should be very concerned. “Consciousness is linked to our judgments of whether something is a self, mind, or person, and whether it suffers,” she says. “So this issue does have cosmic importance.”

Schneider says that she used to think that this consciousness question had an easy answer, based on cognitive science’s position that all mental functions – including the formation of a conscious self – are indeed just computations. But now she is less certain, and refers to a recent TED talk she gave titled “Can Robots Feel?” to explain her position.

First, Schneider concedes that a super-intelligent being, be it robot or alien, may bypass consciousness altogether – another troubling thought for human existence. Second, she speculates that consciousness may be limited to carbon-based or biological substrates only. Since the chemical differences between carbon and silicon impact the creation of life on Earth, it may also follow that these differences also have an impact on whether consciousness can be formed, she says. This is an important question that needs to be investigated further.

4) Schneider believes that if alien intelligence exists, it is likely to be far more advanced than human intelligence, but not completely dissimilar to our own thought processes. According to Nick Bostrom’s recent book “Superintelligence: Paths, Dangers, Strategies” the human race will soon be faced with what is called the “control problem” as it relates to AI. Bostrom observes that any form of advanced intelligence could, in principle, be combined with any final goal, and that means if our own silicon-based AI surpasses human intelligence without humans installing any check on its powers or control of its direction, the consequences could be devastating.

Schneider takes this conceptual framework and applies it to possible extra-terrestrial intelligence. She says that the same conundrum may exist with alien forms, in that their intelligence and intentions will likely be derived from the specific computational systems particular to their planet of origin and may be in conflict with humanity. However, she also hypothesizes that if alien AI is biologically formed – what she calls a BISA (biologically inspired super-intelligent AI) – then it could share some of the same characteristics that inform our own biologically-derived intelligence, such as survival, reproduction, and hopefully cooperation.

This conception would, theoretically, provide a semblance of a common thread between human and alien intelligence. However, Schneider is far from optimistic about any prospect for effective communication. In fact, she remarks that she disagrees with colleague Seth Shostek about the wisdom of sending electronic transmissions out into space unguarded.

“If super-intelligent AI is out there, should we really be sending signals out into space, giving them all kinds of information about us?,” she asks. 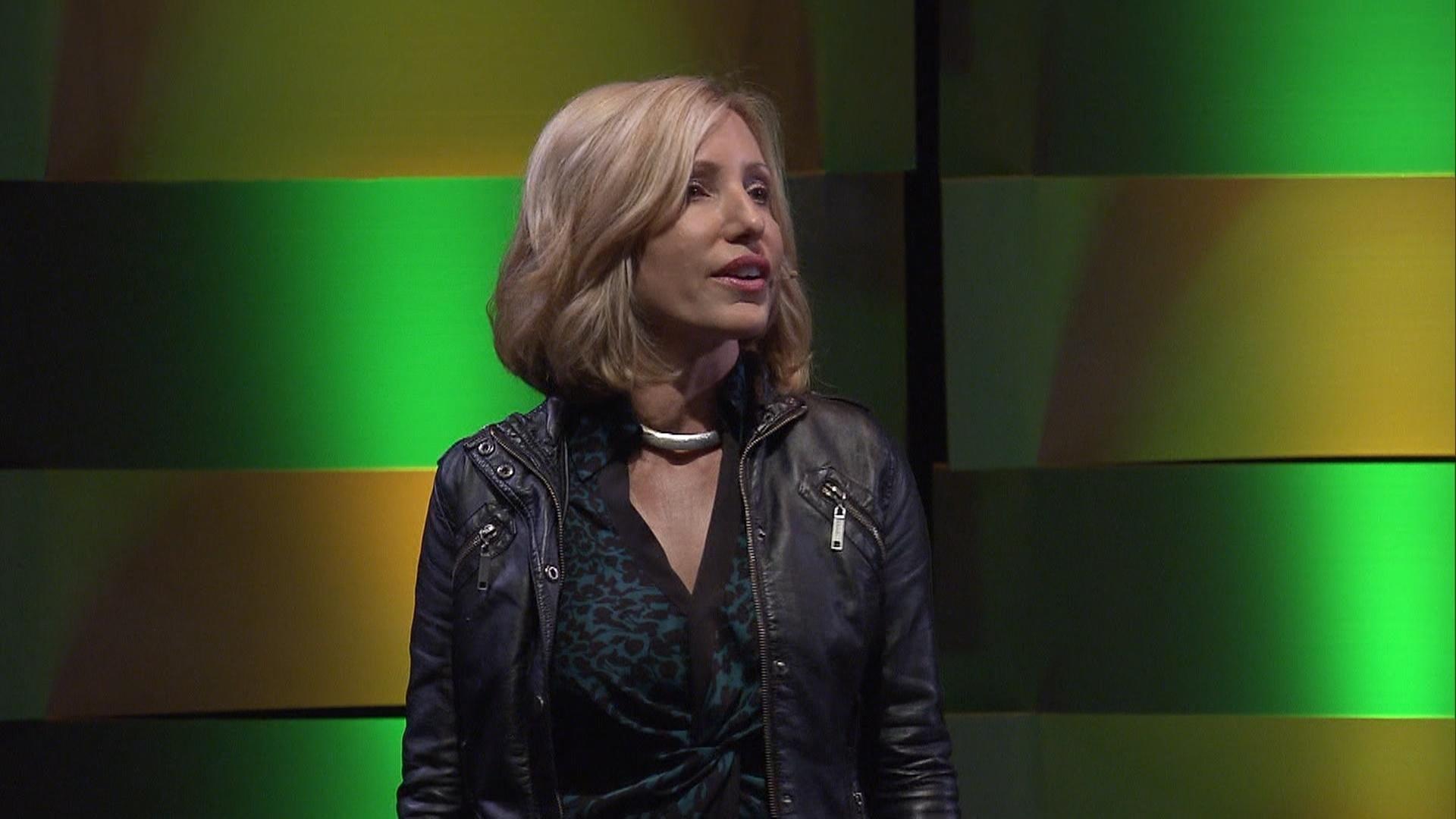