History is in large part the story of the relentless quest for power. University of Louisville biology professor Lee Dugatkin explores the evolutionary roots of dominance and power.
S2017 E2 Length 57:43 Premiere: 6.19.17

What can we learn about ourselves from the way animals fight – or don’t fight – over resources?

Lee Dugatkin, an evolutionary biologist at the University of Louisville, has long been interested in the evolutionary roots of power and dominance. “Like it or not – and I don’t particularly like it – power informs just about every aspect of the human condition, from our everyday interactions with one another to events of the geopolitical level,” he said.

In his talk at the 2016 IdeaFestival® in Louisville, taped for KET’s STEAM—Ideas that Shape Our World, Dugatkin argued that studying the use of power across nonhuman species offers new ways of looking at power and dominance in human societies.

“Basically power is trying to get resources or control resources in one way or another,” Dugatkin said. Research into animal behavior, he said, finds that power plays out in aggressive interactions, with a wide array of weapons, such as claws, stingers, fangs, antlers, and poison.

Scientists develop mathematical models to predict when fighting over resources will occur, Dugatkin said.  One simple model is the Hawk-Dove Game. A hawk is willing to fight for a resource; a dove avoids aggression. The dove may bluff its willingness to fight, Dugatkin said, but it will not fight.

The model compares the value of the resource to the cost of obtaining the resource. By pairing two hawks, or two doves, or a hawk and dove, the following outcomes take place:

“I would argue that what’s most interesting about this really, really simple model is what it doesn’t predict,” Dugatkin said. “And that is there are no conditions in this simple model that end up with a population where everybody is a dove, where nobody is willing to fight.”

Researchers hypothesize from this model that fighting for resources and power should be the rule, rather than the exception, Dugatkin said.

Winning and Losing Streaks
Because animals, like humans, display subtle behaviors in power struggles, scientists can learn about human behavior from animal study.

“We know that experience really matters in the struggle for power in nonhumans,” Dugatkin said. “In particular, when you look at animal contests, what you find are the equivalent of winning and losing streaks that you see in whatever your favorite sports team might be.”

The experience of winning a fight makes it more likely you will win fights in the future, he said. “And you get on these rolls that we refer to as a winner effect,” he said.

Losing a battle makes you more likely to lose again.

An experiment in Dugatkin’s lab with swordtail fish demonstrated those changes. In the lab, his researchers had 18 different groups of three fish, all similar in size. “There was nothing that differed between the three individuals that we would throw into a group – except their prior experience.”

One of the fish in each group had just come off a victory in a fight, one off a loss, and one had no prior experience. The result: 13 of 18 winners were previous winners, and 13 of 18 losers were previous losers.

Power in Groups and Strategic Alliances

The individual experiences of the animals also affect the power structure of the group, Dugatkin said. For example, research has found that animals are sophisticated about not overplaying their hand, he said. To test for this subtle behavior, Dugatkin and a student devised an experiment where a fish behind a one-way mirror observed two other fish fighting.

The question: “Did they strategically determine who is likely to be a good opponent for them and who isn’t, by watching what others in the population are doing?” he said.

Fish who were paired with losers were more aggressive, Dugatkin said, but they were leery of losers they had observed who had fought hard but still lost.

Power is also about building alliances, Dugatkin said. Research on baboon behavior shows that the larger male has access to the females; the smaller males employ another strategy. “What we know is that the smaller individuals tend to solicit others to come over and help them,” Dutgakin said.

Most of the time, that appeal for help doesn’t work for the small male baboons, Dugatkin said. However, there’s a twist.

Researchers found that the likelihood of a baboon getting help from an individual was proportional to whether the baboon had helped that individual in the past, he said. “In other words, they keep track of who helps them when they need help. And then if that individual requires help, you give it to them.”

Another strategy animals use to maintain dominance is stopping individuals from challenging their rank. One way animals do this is by breaking up fights strategically in the group so that no other individual gets on a winning streak, Dugatkin said.

Questions and Answers
Following the talk, Dugatkin answered questions from the audience.

“In humans, certainly some of our behavior has an underlying genetic component,” he said. However, culture also shapes behavior, he said. “If you can structure the environment in certain ways, you can override the sorts of problems that you’re talking about.”

Among nonhumans, fights to the death are very rare, Dugatkin said. The reason, he said, is that it’s almost never worth it for them to fight to the death. For humans, “while it’s true that the potential of dying is certainly obvious to individuals in that scenario, the benefits are potentially so huge if you, in fact, don’t die, and in fact get whatever it is you’re questing over,” he said. The psychology of why individuals risk their lives is culture dependent, he said.

“If you have a world full of doves who are willing to just split resources, just imagine a single hawk who comes into that population. That hawk will be willing to fight for the resource, the dove won’t, and it [the hawk] will get the entire resource,” he said. Doves split resources, but evolution favors the hawk because it gets more of the resource. “So it’s an unfortunate reality of the evolutionary models out there that we don’t predict worlds where everybody is a dove,” he said.

Female power hierarchies do exist, Dugatkin said, particularly in primates, and more recent mating research has focused on how females wield power in assessing the quality of potential mates. “People are beginning to study that now … and I think part of that is due to the fact that there are a lot more women in science than there used to be,” he said.

STEAM explores the world of ideas with leading innovators who spoke at the 2016 IdeaFestival® in Louisville. Topics range from infectious disease and evolutionary biology to virtual reality, the future of higher education, and art at the cutting edge. 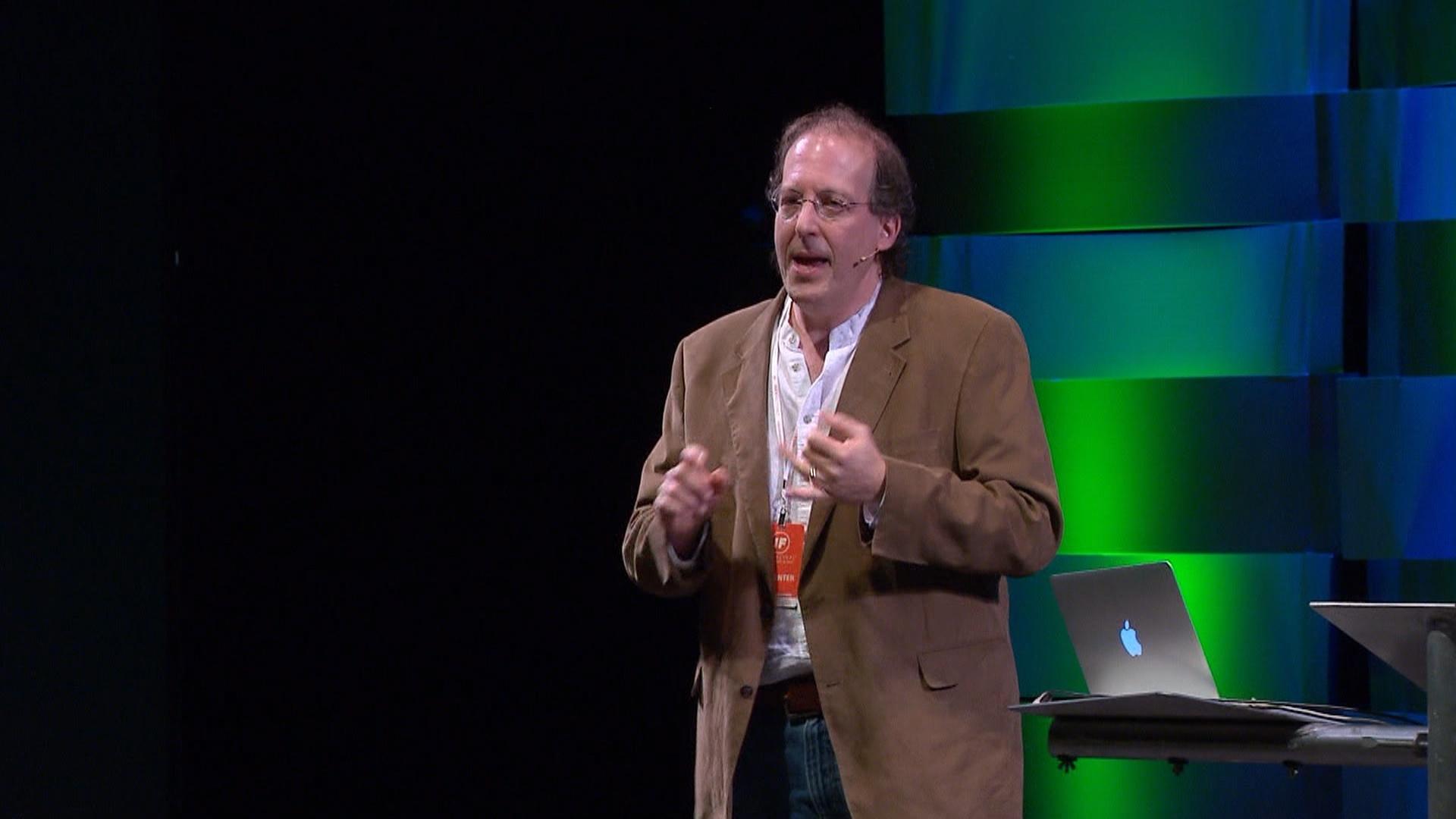