Virtual Reality (VR) is rapidly emerging as perhaps the next big thing in work, entertainment, and medicine. Ben Kuchera, senior opinions editor at the video game and technology website Polygon.com, discusses - -and demonstrates -- VR and where it's headed.
S2017 E3 Length 57:38 Premiere: 7.7.17

Virtual Reality: Not Quite Mainstream…Yet

Imagine being able to climb Mt. Everest, ride a Saturn V rocket into space, or tour the imaginary world of your favorite science fiction author.

Now imagine doing all of those things from the comfort and safety of your own living room.

That’s the promise of a new immersive technology called virtual reality (VR) that will allow anyone who can afford a relatively fast computer and special headset to experience places and events in startlingly realistic ways.

Ben Kuchera, a Cincinnati-based video game journalist, explained the history of VR and some of the challenges it could present as the technology evolves. His talk at the 2016 IdeaFestival in Louisville was recorded for KET’s STEAM—Ideas that Shape Our World.

The Challenges of Creating a Virtual Experience
“When we say virtual reality, what we’re referring to is a bundle of technologies that kind of fool our senses into thinking that we physically have gone to someplace else,” says Kuchera.

But pulling that off proved a significant challenge for software and hardware designers. They had to figure out how to record and play back scenes in which a viewer could look around themselves not only in 360- degrees, but up and down as well, all without seeing the camera or crew who recorded the scene.

Then Kuchera says they had to create a special headset that viewers would wear to watch a VR video. The headset had to be comfortable to wear and have optics that could display a scene that could quickly change as the viewer looks around, yet not lead to a kind of VR motion sickness that can occur when the eyes and the inner ear send differing signals to the brain.

The first person to really crack all these challenges, says Kuchera, was John Carmack, a game designer and engineer, who built a working VR headset prototype using duct tape and ski goggles. That was in 2012, and Kuchera says the technology has taken off since then, largely because those early headsets were relatively inexpensive, so even hobbyists could buy them and do their own experiments with them.

Now multiple companies such as Samsung, HTC, Oculus, Google, and Sony offer VR headsets that range from under $100 to about $1,000.

“For VR enthusiasts, it was like reading about the internal combustion engine for 30 years,” Kuchera says, “Then last Tuesday someone invented one and then by Thursday you have a Ferrari.”

Imagine Where You Could Go
By surrounding people in the sights and sounds of a physical space, VR can transport viewers to just about any place or situation, from video games set in the science fiction world of Dune, to real life situations like skydiving, visiting an African refugee camp, or summiting Mt. Everest.

Kuchera says one his favorite games takes players on a simulation of the Apollo 11 moon landing as if they were in the command module alongside Neil Armstrong and Buzz Aldrin. The game combines a powerful VR experience with educational value.

“It’s the idea of history, not as something you learn, but as a destination – it’s a place you can go,” Kuchera says.

And whether it’s piloting a lunar landing or climbing the world’s tallest mountain, Kuchera says VR enables people to experience a range of things they may not have the finances, physical abilities, courage, or opportunity to do in real life.

“I’m not putting my life at risk at any time, I can take the headset off,” says Kuchera, “but this is an amazing way to get even just a tiny bit of that emotional reality of what it was like to being part of this historic mission.”

Because VR allows people to see things in new ways, Kuchera says the technology has the power to be an “empathy engine” by letting people intimately experience how other people live. Imagine scrambling for food in an African refugee camp, being locked into a 6- by 9-foot solitary confinement jail cell, or seeing the world through the eyes of a dementia patient. Those and other VR videos can give viewers a visceral and deeply emotional understanding of how some people live every day.

The Promise and Peril of VR
As with any emerging technology, there can be downsides to VR, says Kuchera. For example, what could wearing a VR headset with video screens an inch or two away from your face do to your eyesight, especially after extended use? How might it impact how the human brain stores memories? And could too much time in the virtual world make it difficult to return to the real world?

“I find that it’s very easy to go in [to a VR experience], but going out is very disorienting,” says Kuchera, “because you’re leaving one reality and instead of having that happy anticipation of entering another one, you’re coming back to your life and that’s a very hard feeling to process.”

He adds there are thousands of questions that will have to be examined as VR technology becomes more mainstream. But Kuchera says we’ve faced similar issues before. He cites a newspaper article from 1939 that wondered about the implications for children listening to the radio for hours a day.

Ultimately Kuchera hopes it does take a while before VR becomes a common consumer item so that engineers and designers have time to understand the potential risks and address them responsibly. Until then, he’s excited to see what new directions the technology may take.

“When I talk about experiences that can be replicated and things that can’t, I think the most valuable experience there is – and the one that we absolutely can’t simulate because we don’t know what it is yet – is the future,” says Kuchera.

“I think the future is going to be way weirder than we’ve dreamed,” he says. 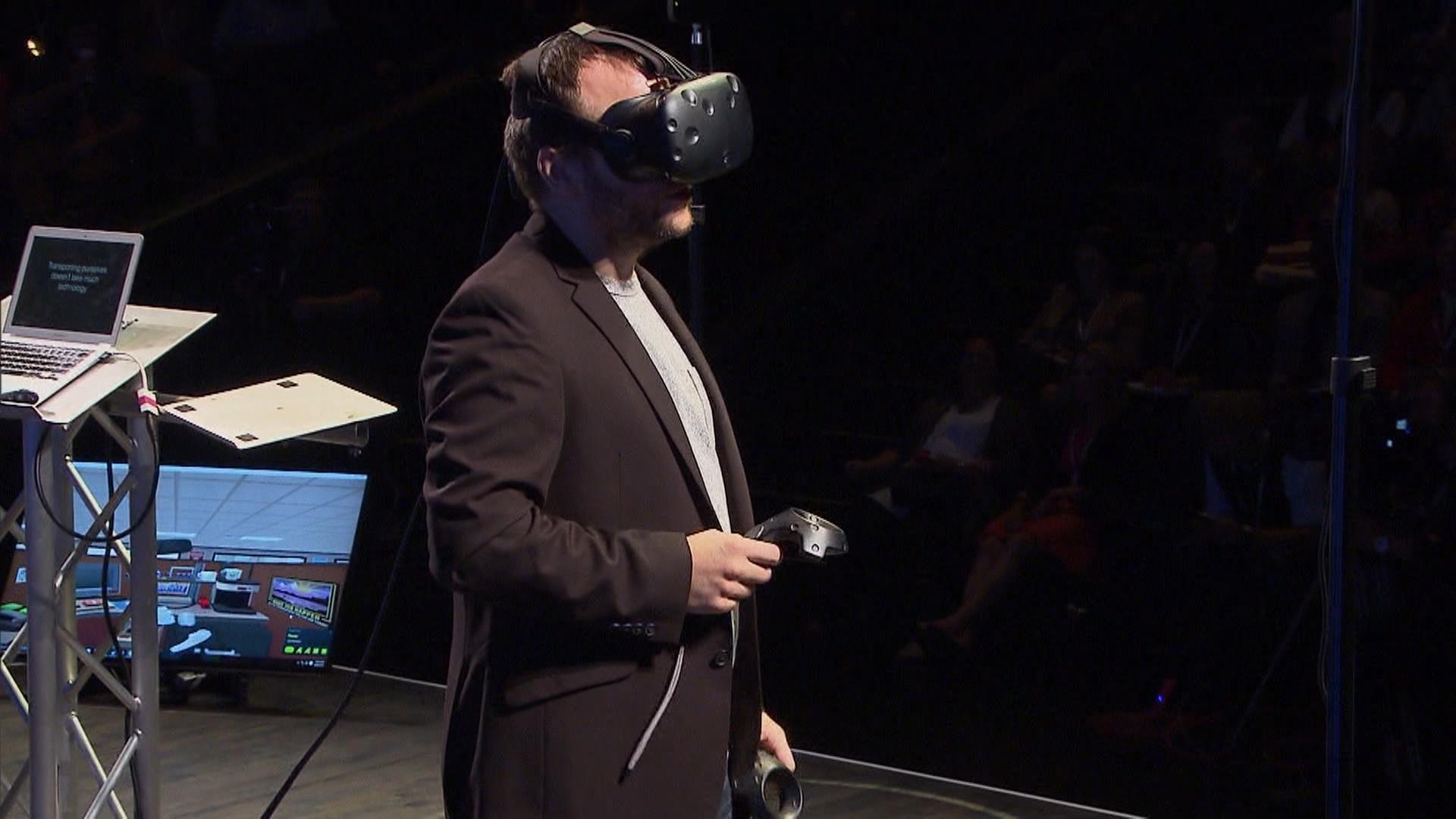