A few weeks after the death of President Roosevelt shocks the country, Germany surrenders. Meanwhile, American sailors, soldiers and Marines endure the worst battle of the Pacific - Okinawa. In August, American planes drop atomic bombs on Hiroshima and Nagasaki, and the Japanese, too, surrender. Millions return home - to try to learn how to live in a world without war.
Season 1 Episode 7 Length 2:07:27 Premiere: 8/8/12

On the Western Front, a scheme to drop thousands of airborne troops behind enemy lines in Holland ends in disaster. American soldiers battle to survive in Germany's Hurtgen Forest, and the 442nd Regimental Combat Team is assigned to an overly ambitious general and decimated in brutal combat. Before MacArthur invades the Philippines at Leyte, the 1st Marine Division is ordered to take the nearby island of Peleliu. Internees at the Santo Tom?s camp in Manila thrill as American planes bomb Japanese ships, but months of bloody fighting lie ahead before the Philippine Islands can be liberated. Viewer discretion advised. 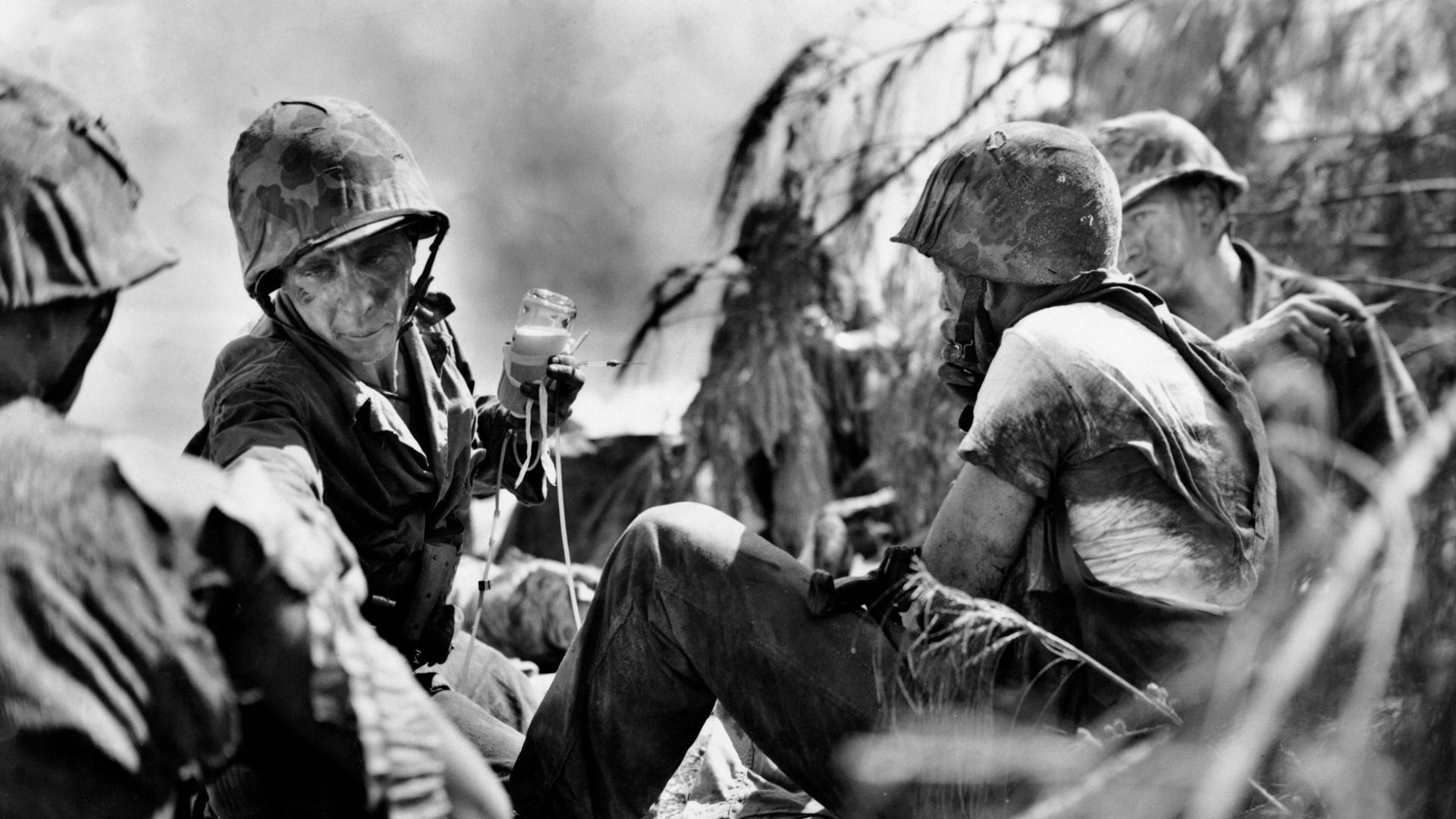