During the war everything seemed to be rationed or in short supply: gasoline and fuel oil and rubber; bobby pins and zippers and tin foil; shoes and whiskey and chewing gum; butter and coffee and nylons and tomato ketchup and sugar; canned goods and cigarettes and the matches needed to light them.
Clip Length 07:22 Premiere: 9/22/07 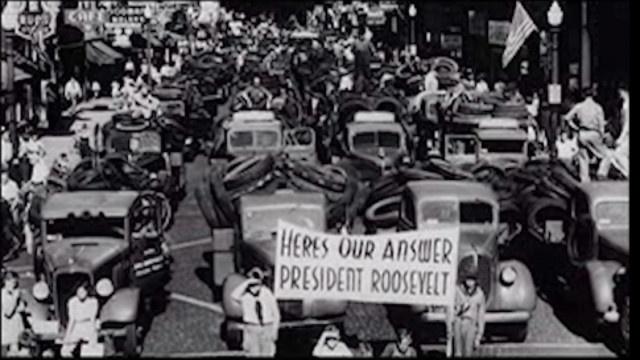