Examining race and racism through broadcast and streaming content

To help our communities examine the history and continued impact of racism and racial disparities in America, we have curated a list of broadcast and streaming programs. This is part of our ongoing commitment to deepen understanding and foster conversation in the pursuit of meaningful change.

Connections: A Mission to End Institutional Racism in Kentucky 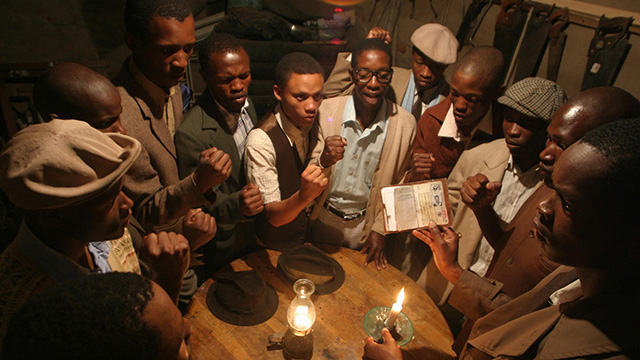 This four-part series explores the transformative years when the nation struggled to rebuild itself in the face of profound loss and African Americans forged a new, more equal place in American social and political life, only to face the backlash of… 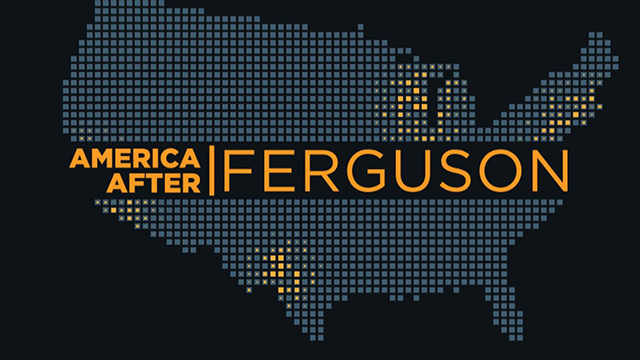 This PBS town hall meeting, moderated by PBS NEWSHOUR co-anchor and managing editor Gwen Ifill, will explore the many issues brought into public discourse in the wake of Michael Brown’s death in Ferguson, Missouri. The program was recorded before an audience… 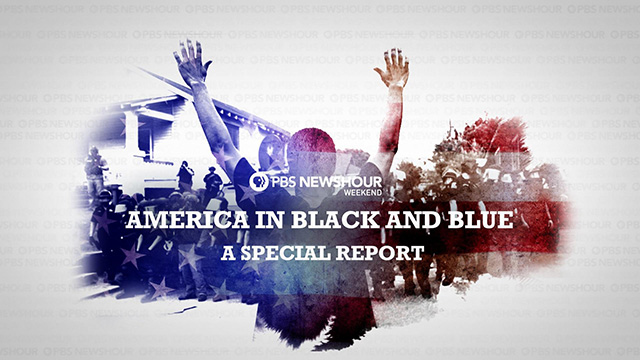 Alison Stewart hosts “AMERICA IN BLACK AND BLUE 2020” – a PBS NewsHour Weekend hour-long special report on race and policing in the aftermath of the death of George Floyd at the hands of a white Minneapolis police officer. His death has sparked demonstrations… 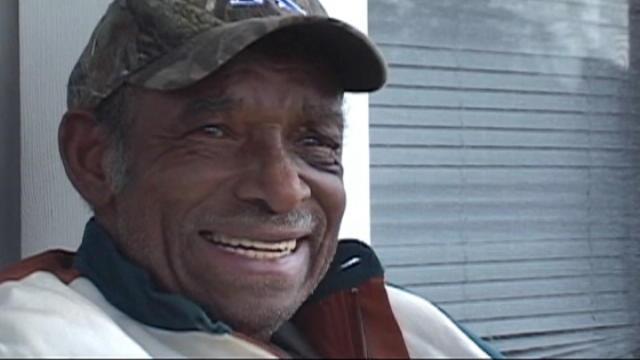 Back in the Wings: Freddie Dunn’s Lexington 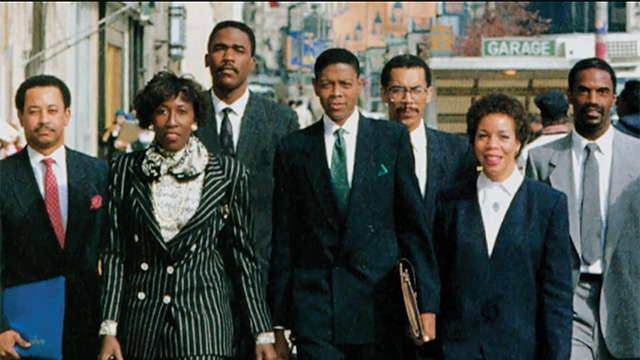 Black America Since MLK: And Still I Rise (Parts 1 and 2)

Black America Since MLK: And Still I Rise looks at the last five decades of African American history since the major civil rights victories through the eyes of Henry Louis Gates, Jr., exploring the tremendous gains and persistent challenges of these years. 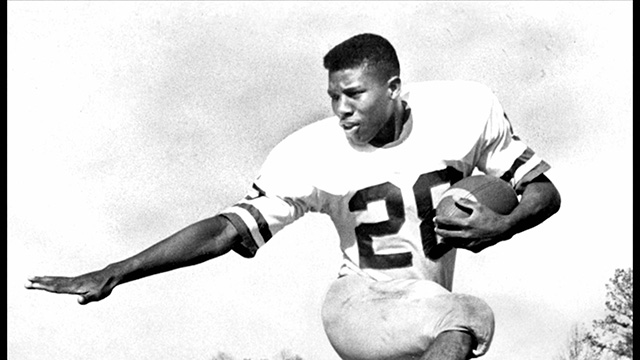 The film tells the story of four African American football players at the University of Kentucky who broke the color line in the Southeastern Conference in the 1960s. Nate Northington, Greg Page, Wilbur Hackett, and Houston Hogg endured racism and hardship… 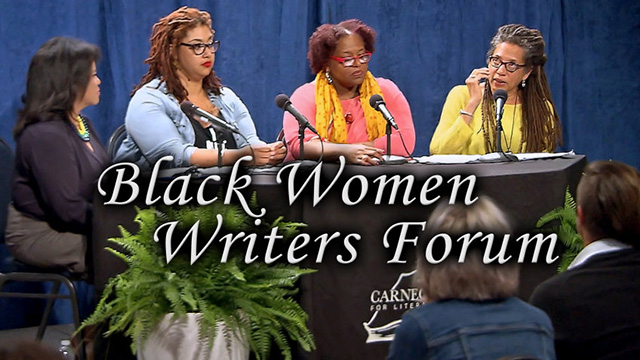 Writers Nikky Finney, Crystal Wilkinson, and Bianca Lynne Spriggs discuss the experiences of and challenges faced by Black women in the South. Renee Shaw moderates. Recorded at the Carnegie Center for Literacy and Learning in Lexington, Kentucky. 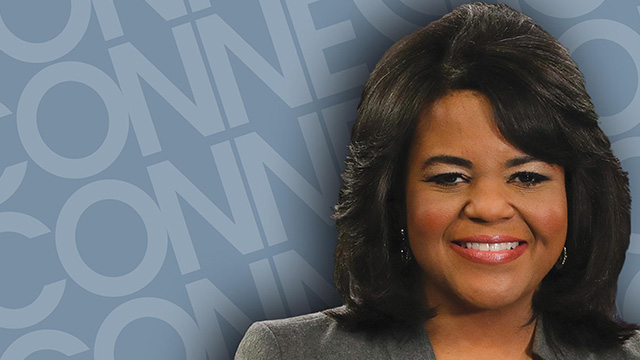 Each week, host Renee Shaw and a variety of interesting and engaging people – including business leaders, entertainers, authors, celebrities, and more – explore a broad array of topics impacting Kentucky and the world, including race and racism. 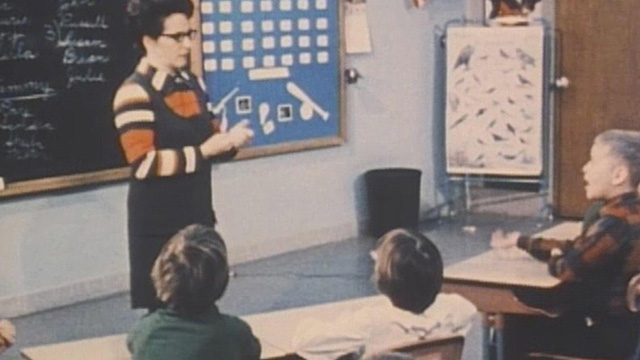 One day in 1968, Jane Elliott, a teacher in a small, all-white Iowa town, divided her third-grade class into blue-eyed and brown-eyed groups and gave them a daring lesson in discrimination. This is the story of that lesson, its lasting impact on the children, and its enduring… 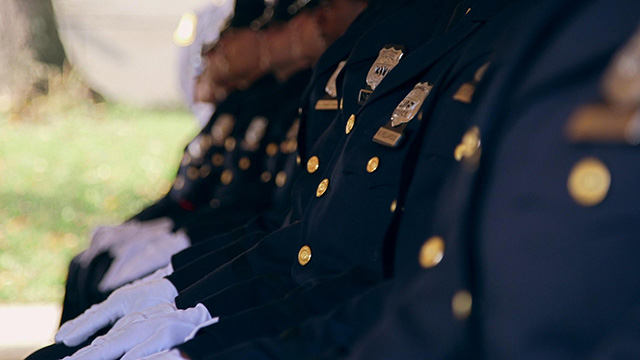 Writer and historian Jelani Cobb examines allegations of abuses within the Newark Police Department and the challenge of fixing its broken relationship with the community. 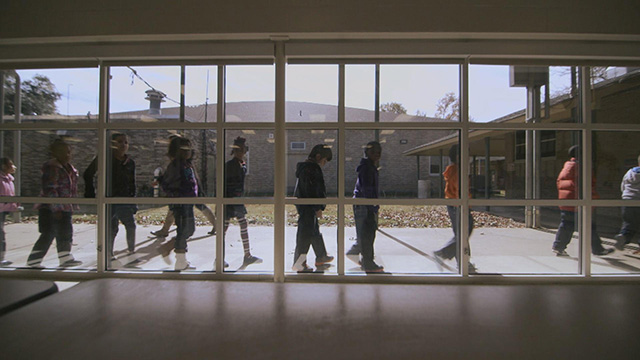 Sixty years after the Supreme Court declared separate schools for black and white children unconstitutional, school segregation is making a comeback. What’s behind the growing racial divide in American schools — and what’s the legacy of Brown v. Board of Education? 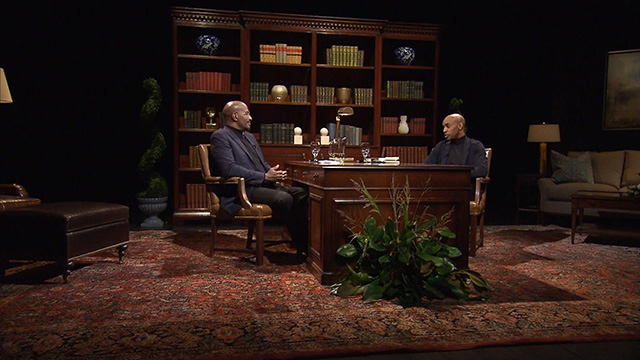 Casey Gerald is author of There Will Be No Miracles Here: A Memoir, a personal story that sets forth in a bold new direction for a generation coming of age during increasingly broken times. 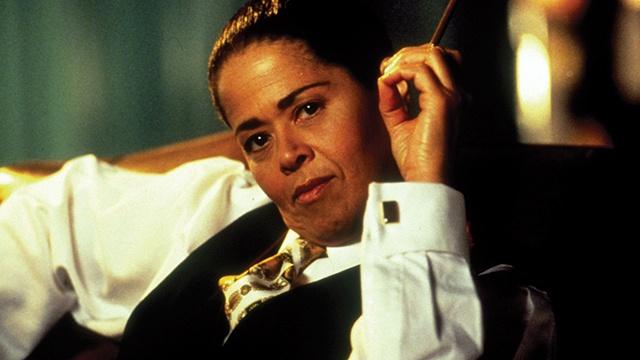 Anna Deavere Smith’s powerful one-woman theater piece gives a riveting account of the violent aftermath of the 1992 Rodney King verdict and the lasting impact of the Los Angeles riots on America’s conscience. 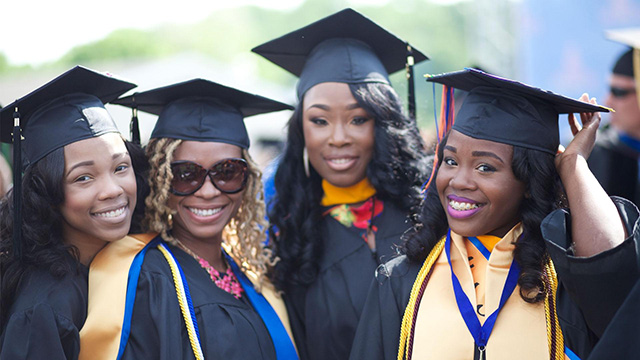 Independent Lens “Tell Them We Are Rising”

Though much of its history was eclipsed by the explosiveness of the 1960s, the essential role the nation’s historically black colleges and universities (HBCUs) played in shaping black life, creating a black middle class and dismantling…

Kentucky Tonight: State of This program looks at how demonstrators across Kentucky and the nation are demanding racial justice after the recent police-involved killings of George Floyd and Breonna Taylor. It also examines moving beyond … 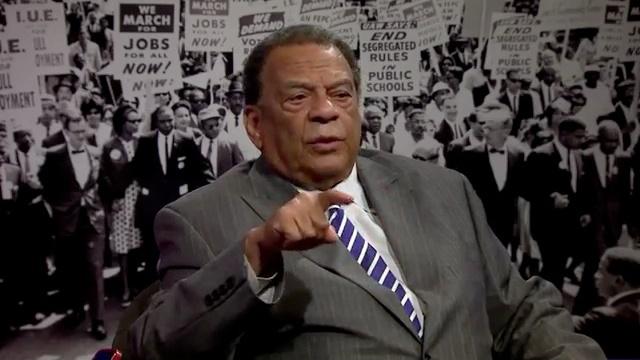 Memories of the March: A Conversation with Andrew Young

WHUT hosted a conversation with Ambassador Andrew Young about the 50th Anniversary of the March on Washington on August 25. 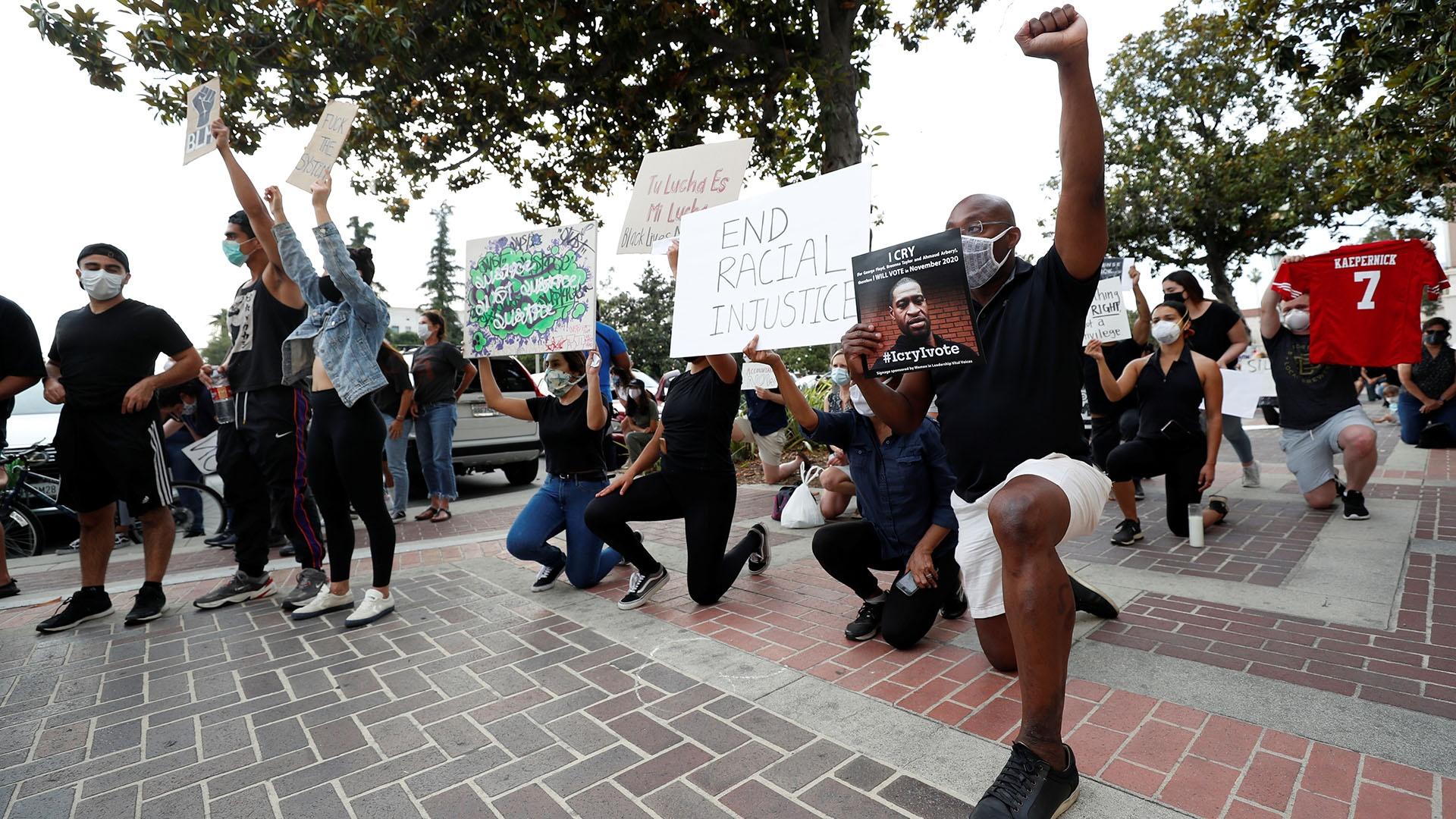 This program focuses on the frustration pouring out onto American streets, outrage about police brutality, and America’s deep systemic racial disparities in the economy, education, criminal justice system and health care… 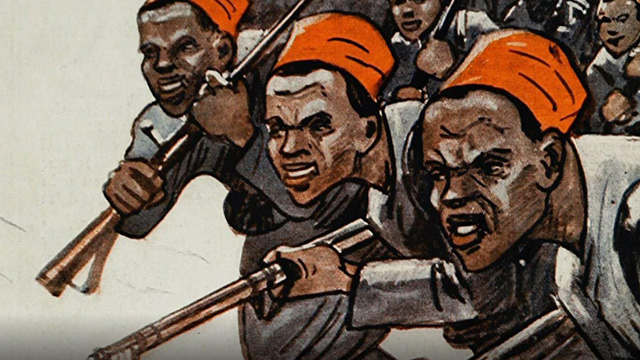 Reconstruction: America After the Civil War (Parts 1 and 2)

The aftermath of the Civil War was bewildering, exhilarating . . . and terrifying. African Americans had played a crucial role in saving the Union and now, as the country grappled with the terms and implications of Reconstruction… 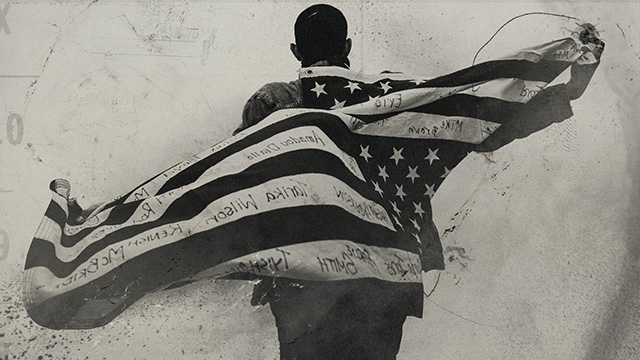 The Talk: Race in America

The documentary, which first aired in 2017, tells six stories of struggle between people of color and law enforcement in America. It chronicles how families of color attempt to protect their children with “The Talk” — about what to do and how to react if they are stopped by police. 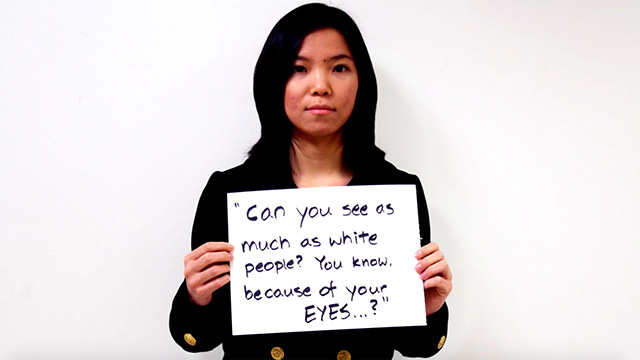 What I Hear When You Say: Race Card

What exactly does it mean to play a “race card?” Professor Derald Wing Sue, Comedian Hadiyah Robinson and Artist Kiyun Kim explore the topic from three unique points of view.

Resources to address race and racism for families, educators and students

Recent events in Kentucky and across the United States have shed light on the need to rethink how we’re teaching students – and ourselves – to fight racism. KET Education has curated this list of free resources with other trusted public media partners to use as tools to support learning. As with all educational materials, please preview these resources prior to utilizing with students to check for appropriateness.

10 Tips on Talking to Kids About Race and Racism

As trusted educators, caregivers, and parents, we need to engage in open and honest conversations with children about race and racism.

Arthur, Buster, and Lakewood Elementary School’s lunch lady Mrs. MacGrady talk about ways we can all fight racism and stand up for what’s right.

PBS invites Americans to share their stories about racism and its impact, past and present. This signature programming and engagement initiative of the network’s 50th anniversary, invites people across the country to share their stories about race and current events with a new prompt, “Now is the time…” Stories can be uploaded to AMERICAN PORTRAIT and may be included in a featured collection of personal stories from Americans grappling with racism and its impact, past and present. PBS AMERICAN PORTRAIT will air two new specials this fall and a four-part docuseries in January 2021 that spotlight American stories, including how the far-reaching impact of the events of 2020 have affected our everyday lives.