An Autumn to Remember 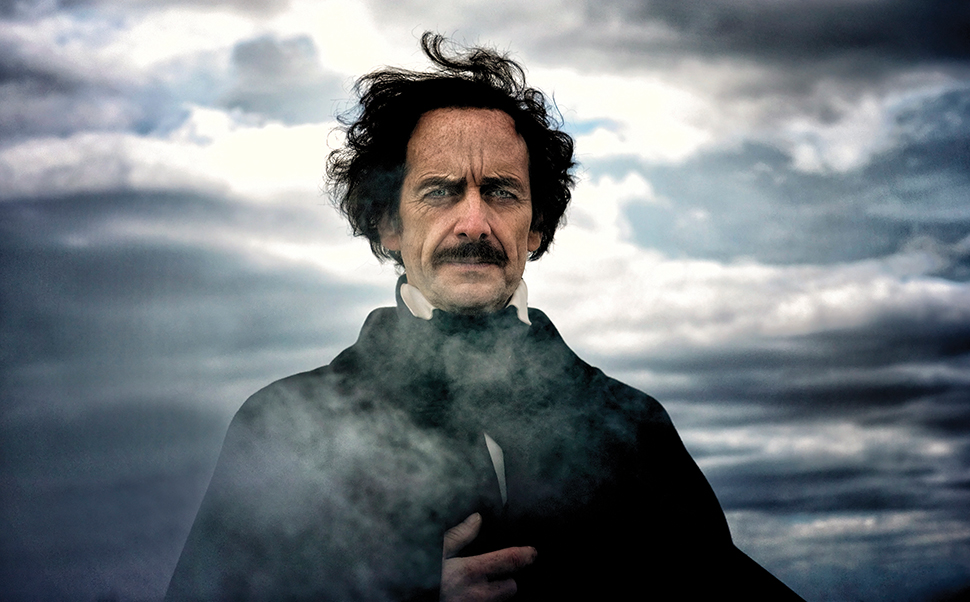 Autumn means you can tune to KET for ever more experiences in your favorite genre and beyond, as new seasons and new specials abound.

KET Wednesdays • 8/7 pm
KET2 Saturdays • 6/5 pm
Meet Naledi, a baby elephant orphan who finds her place in the herd; discover the secret life of red foxes; uncover the secrets of otters around the world; and in “H is for Hawk: A New Chapter,” watch as a bestselling author tries again to train a goshawk, a secretive bird of prey. Preview

KET Begins Thursday, Oct. 5 • 10/9 pm
KET2 Begins Sunday, Oct. 8 • 4/3 pm
Father Brown cycles back on screen to solve more mysteries including finding the missing baby son of a visiting Duke and Duchess, and when an author is murdered, Father Brown turns to her novels for guidance.

KET Saturdays • 11/10 pm
Get set for all-new performances by Ed Sheeran, the Pretenders, the Zac Brown Band, and Norah Jones.

Edward & Wallis — A Story of Love and Destiny

KET Wednesdays, Oct. 25 & Nov. 1 • 10/9 pm
Amid claims he hacked the 2016 election, this two-part program provides the inside story of Vladimir Putin’s mounting grievances with the U.S. and his efforts to exact revenge leading up to the presidential election.

KET Monday, Oct. 30 • 9/8 pm
KET2 Sunday, Nov. 5 • 9/8 pm
Learn the real story of the notorious author, portrayed by Denis O’Hare. See how Poe tapped into what it means to be human in a modern and sometimes frightening world. Preview

KET Begins Sunday, Oct. 1 • 9/8 pm
KET2 Begins Wednesday, Oct. 4 • 9/8 pm
Season 3 finds Ross and Demelza attempting to repair their relationship, while George Warleggan builds his empire to crush the Poldarks. Elizabeth harbors a dangerous secret, and Dwight is captured during the war with France. Will Ross risk everything to save his friend?

The Collection on Masterpiece

KET Begins Sunday, Oct. 8 • 10/9 pm
KET2 Begins Wednesday, Oct. 11 • 10/9 pm
In post-World War II, Paul Sabine is restoring Paris as the fashion capital of the world. His dresses are a sensation, and only his shady past and an inconvenient corpse block his way to success. Dressing up was never so dazzling—or dangerous. Preview

The Durrells in Corfu: Season 2

KET Saturdays • 8/7 pm & Sundays • 4/3 pm
Butterflies, the “great American eclipse,” and more adventures are in store in the new season with host Doug Flynn. On Oct. 7, meet an artist whose medium is antlers, visit the state fair, and learn about two Kentuckians who were at the heart of a tragedy at a Major League Baseball game in 1920.

Upcoming programs will feature how visitors experienced the eclipse in Hopkinsville and Franklin, and the scientists who came to Western Kentucky to study the phenomenon; the 100th anniversary of the birth of horse-racing legend Man o’ War; and the native peoples who explored and used Mammoth Cave before the arrival of Europeans.

Les Outils du Jeux
“The Tools of the Game”

KET2 Sunday, Oct. 8 • 10:30/9:30 pm
KET Sunday, Oct. 15 • 3:30/2:30 pm
Art and sports combine in this special program featuring the creation of the Louisville Slugger baseball bat, from its beginning in a forest to its cultural history. This transformation is artistically illustrated with Claude Debussy’s 1912 composition, “Jeux” (“Game”), as a soundtrack. The program also features Louisville Orchestra music director Teddy Abrams discussing how the project came together.

KET2 Mondays • 6:30/5:30 pm
In today’s disposable world, some people may wonder why craftspeople are even important. Find out in this series, which features people who make things by hand, recalling a bygone era where the personal is paramount. On Oct. 2, meet Mark Whitley of Smiths Grove., Ky., who was given a hammer and toolbox for his sixth birthday — and now he’s an award-winning furniture maker. The Oct. 9 program features Christopher Kelly of Boaz, Ky., who makes beautiful copper moonshine stills.

KET Begins Saturday, Oct. 28 • 4:30/3:30 pm
& Sunday, Oct. 29 • 11/10 am
Join Kentucky Collectibles with programs from our appraisal fair in Paducah. Hundreds of guests brought their treasures to find out their worth.

Coming later this year from KET

Never Too Late to Quit is being produced to address the need for public education on smoking cessation in response to SB 89, signed into law this year. It requires insurers to provide coverage for tobacco cessation medications and strategies. The program examines each FDA-approved medication and presents information on how to get behavioral support to become a “quitter.”

Tobacco-free Kentucky Kids will focus on efforts to reduce smoking and other tobacco use among teenagers, featuring leaders in Kentucky’s teen smoking prevention field. It will also examine the use of smokeless tobacco by Kentucky teens and efforts by high school students to discourage their peers from using tobacco products.

It’s a Grand Night for Singing, scheduled for December, is the 25th anniversary of the annual production by the UK Opera Theatre. The jubilant musical staged in Lexington at the Singletary Center for the Arts contains many favorite numbers from past productions, including “Show People,” “Lullaby of Broadway,” as well as more recent hits, including songs from the hit Broadway musical Hamilton.

In Murals of the Holocaust, high school students enrolled in a special summer program at Western Kentucky University study the Holocaust and create unique murals depicting what they have learned. KET watches as this year’s students work on their mural and visits the exhibition of past murals at Louisville’s Jewish Community Center.