The dog days of August have provided no relief from the heat or the political news. The panel on this week’s Comment on Kentucky recapped the 2016 Fancy Farm picnic, reviewed new university board appointments, and detailed the restructuring of three state commissions.

With fewer Democrats holding statewide office, some are concerned that Fancy Farm could lose its bipartisan spirit and crowds. Smith says attendance for the Aug. 6 picnic was down because fewer Democrats showed up. The event had huge success in 2014 thanks to interest in the Mitch McConnell-Alison Grimes Senate race, and in 2015 with the gubernatorial campaign. Loftus says Fancy Farm organizers should have low expectations for the 2017 picnic because there are no major elections in the state next year.

The contest between Gray and Republican incumbent Rand Paul was the marquee race at this year’s Fancy Farm. Smith says Gray successfully plowed through his speech, which focused on Paul’s presidential aspirations. Gray argued that Paul is more committed to running for higher office than to serving Kentuckians. Paul devoted most his remarks to attacking President Obama and Democratic presidential nominee Hillary Clinton, according to Smith.

As the Senate race moves into full swing, Smith says Gray is eager to debate Paul. The senator has agreed to appear with Gray this fall, but Smith says Paul has yet to commit to how many debates he’s willing to do. He adds that Paul seems to prefer town hall meetings where he can interact directly with voters. Smith says the Republican has conducted 80 such forums across the commonwealth since dropping out of the presidential race in February.

The most prominent name on the list, according to Blackford, is Kelly Knight Craft, who will join the University of Kentucky Board of Trustees. Craft is a leading GOP fundraiser who was appointed by President George W. Bush to the American delegation of the United Nations General Assembly session in 2007. Blackford says Craft is the state fundraising chair for Donald Trump’s presidential campaign, and she is the wife of coal magnate Joe Craft, who has donated significant moneys to UK Athletics over the years.

Friday’s board appointments did not include the University of Louisville, where a legal battle continues about that school’s governance. A judge recently placed a temporary hold on a new board of trustees that Gov. Matt Bevin created in June. But critics of UofL’s previous board contend that group wasn’t legal either because it lacked the mandated political composition and racial diversity. Lawrence Smith says Franklin Circuit Judge Phillip Shepherd wants the two factions to come to an interim agreement so that the old board can meet until the lawsuit challenging Bevin’s authority to re-create the UofL board can be resolved.

The University of Kentucky is facing its own legal fights. Blackford says UK will appeal two recent decisions by the Kentucky attorney general’s office that the school violated the state’s Open Records and Open Meetings Acts. The records action pertains to the Kentucky Kernel’s request for information about a professor accused of sexual harassment. Blackford says the open meetings case involves a UK Board of Trustees dinner where business was discussed but no minutes were recorded.

Blackford says access to public university records and meetings is becoming problematic. She says as higher education becomes corporatized, governing boards want more discussions held behind closed doors so decisions can be made without much public input.

Frankfort News
On Tuesday, Aug. 9, Gov. Bevin consolidated three state boards into one new body. Tom Loftus says Bevin abolished the Kentucky Board of Claims, Board of Tax Appeals, and the Crime Victims Compensation Board and replaced them with a new Kentucky Claims Commission. The move reduces eight board positions down to three and is expected to save the state $350,000 a year.

Loftus says the new commission will hear the claims that would previously have been brought to the separate boards. He says appointments to the old boards were plum jobs because they were among the few state board positions that received pay and benefits. Loftus says that in addition to reducing the overall number of board members, Bevin also lowered the salaries for those serving on the new panel.

The state Legislative Ethics Commission unanimously dismissed a complaint against Sen. Damon Thayer (R-Georgetown). Loftus says Thayer had been accused of improperly securing free tickets to a hospitality tent at the annual Rolex Kentucky Three-Day Event at the Kentucky Horse Park. Loftus says the ethics panel found no violation by Thayer since the hospitality tent was operated by the Kentucky Horse Park Foundation, an independent, non-profit entity that does not lobby the legislature. 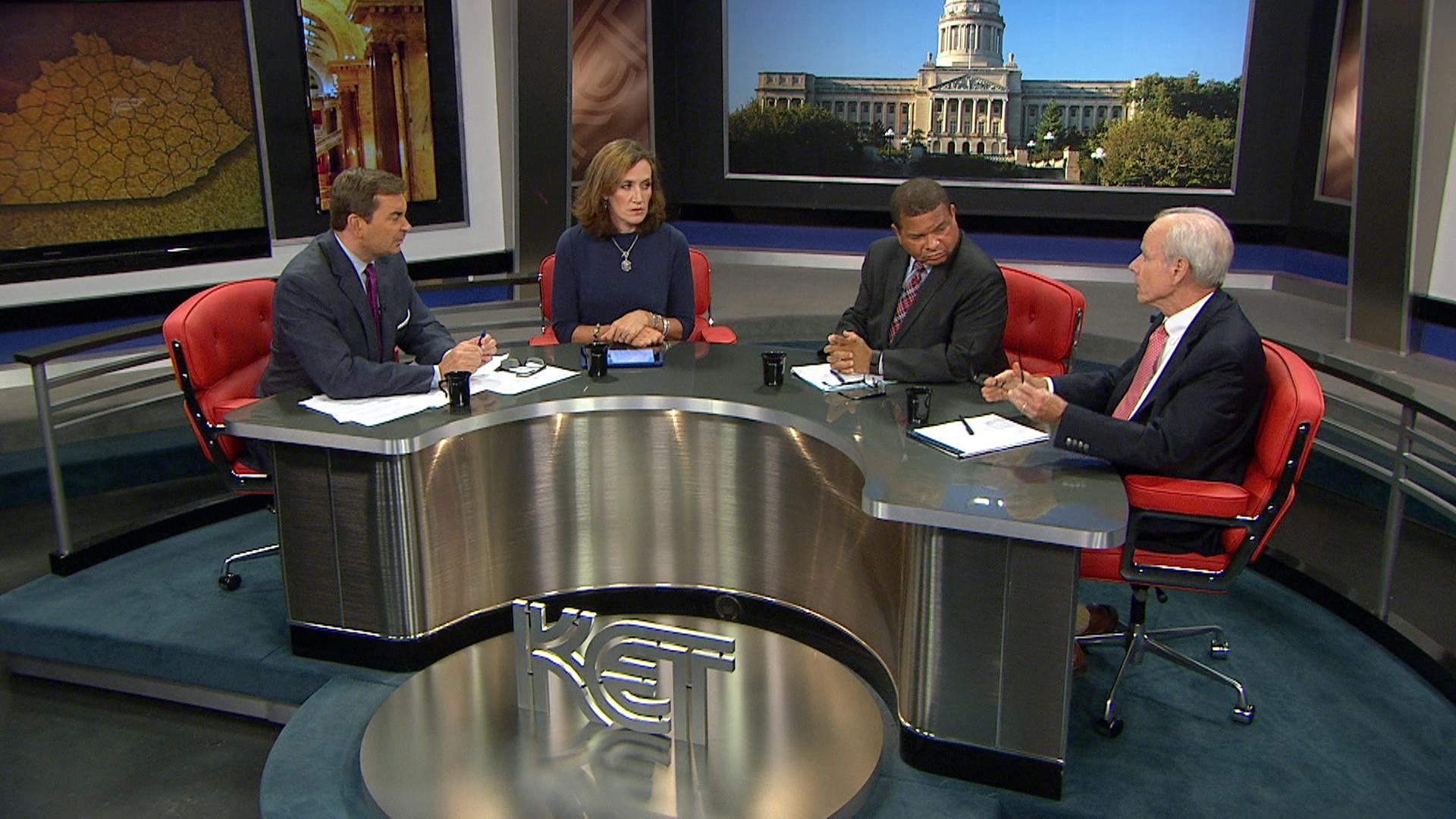