It’s official: GOP voters in the commonwealth will hold a presidential caucus next March and a regular primary next May for all the other offices on the 2016 ballot.

But the road to Saturday’s vote by the executive committee of the Republican Party of the Kentucky (RPK) did have a few last-minute twists and turns. The panel on this weekend’s Comment on Kentucky previewed the caucus decision and other news in the state politics.

Caucus Plans Take Shape
The caucus is still contingent on Rand Paul’s presidential campaign paying $250,000 to the state GOP by September 18 to help cover the cost of the event. Ronnie Ellis of CNHI News Service says Paul’s camp had reportedly transferred the money last week, but it never actually reached an account controlled by RPK.

Ellis says that snafu upset some committee members, who were further disgruntled by a statement from Paul saying he would seek contributions from caucus-goers to further defray expenses. Ellis says the total cost of the statewide caucus is expected to be about $500,000.

Paul is running for both the presidency and reelection to his Senate seat next year. The caucus idea is a way for the junior senator to skirt Kentucky law that prevents a candidate from running for two offices on the same ballot. Although the caucus had originally been conceived as a winner-take-all event, Ellis says GOP leaders decided to offer a proportional distribution of delegates in hopes of luring other Republican presidential candidates to the state. He says Kentucky Republicans want to make the commonwealth more relevant in the 2016 campaign.

Assuming Paul does make his deposit on time, RPK still faces a significant amount of work to stage the caucus. Bill Estep of the Lexington Herald-Leader says local GOP offices will have to promote caucus attendance among their voters and educate them about the process. He also says larger counties will need multiple caucus venues, while smaller counties may have to collaborate with other counties on a venue.

Updates from the Governor’s Race
Republican gubernatorial nominee Matt Bevin told a group of Kentucky automobile dealers on Thursday that he would support tolls on an interstate bridge in western Kentucky if local citizens favor that funding option. Ellis says that’s a change from Bevin’s opposition to tolls on a new Brent Spence Bridge in northern Kentucky. Democrats quickly jumped on Bevin’s comment as another example of him flip-flopping on an issue. Ellis says Bevin still opposes tolls in general, and that the Republican only endorsed the possible western Kentucky toll because the idea came from residents there.

Meanwhile Democratic nominee Jack Conway said he would consider requiring drug tests for welfare recipients under certain circumstances. Ellis reports that Conway might pursue testing if a social worker has a reasonable suspicion of drug use after visiting a welfare recipient’s house, and if there were children present in the home. Ellis says Conway’s call for limited drug testing contrasts to Bevin’s proposal to test all adults on welfare.

Finally Ellis says internal polling by the GOP shows Bevin with a small lead over Conway. He says the poll conducted by the Republican Governors Association surveyed individuals who had voted in the past four or five consecutive elections. The most recent Bluegrass Poll showed likely voters favoring Conway by 3 percent.

Health Care Changes
Laura Ungar of the Louisville Courier-Journal says more people in the state are getting medical care from non-physicians. A shortage of doctors in the commonwealth is forcing nurse practitioners and physician assistants to treat thousands of newly insured Kentuckians. Ungar says between 2012 and 2013, doctors received 5 percent less in Medicaid billing, whereas nurse practitioners and physician assistants increased their billings by more than 10 percent.

A recent study from the Centers for Disease Control shows the number of uninsured Americans has dropped from 36 million last year to 29 million in the first quarter of this year. That puts the uninsured rate at 9.2 percent, which Ungar says is as low as that’s been in recent history.

Investments in Eastern Kentucky
Several eastern Kentucky communities have endorsed an idea proposed by the Obama Administration to invest $1 billion in central Appalachia over the next five years. Bill Estep says the Power+ Plan would take money from a federal abandoned mine land fund to pay for projects that address environmental problems while promoting economic development. Estep says the money has not been budgeted yet, and that 5th district Congressman Hal Rogers says that doing so would require several law changes.

Eastern Kentucky may be in line to get a fifth federal prison. Estep says the Bureau of Prisons has recommended a site in Letcher County. It would join existing federal prisons in Boyd, Clay, Martin, and McCreary Counties. A final decision on the proposal is expected by the end of the year. If approved, Estep says activists opposed to incarceration policies are expected to sue to stop construction of the facility. 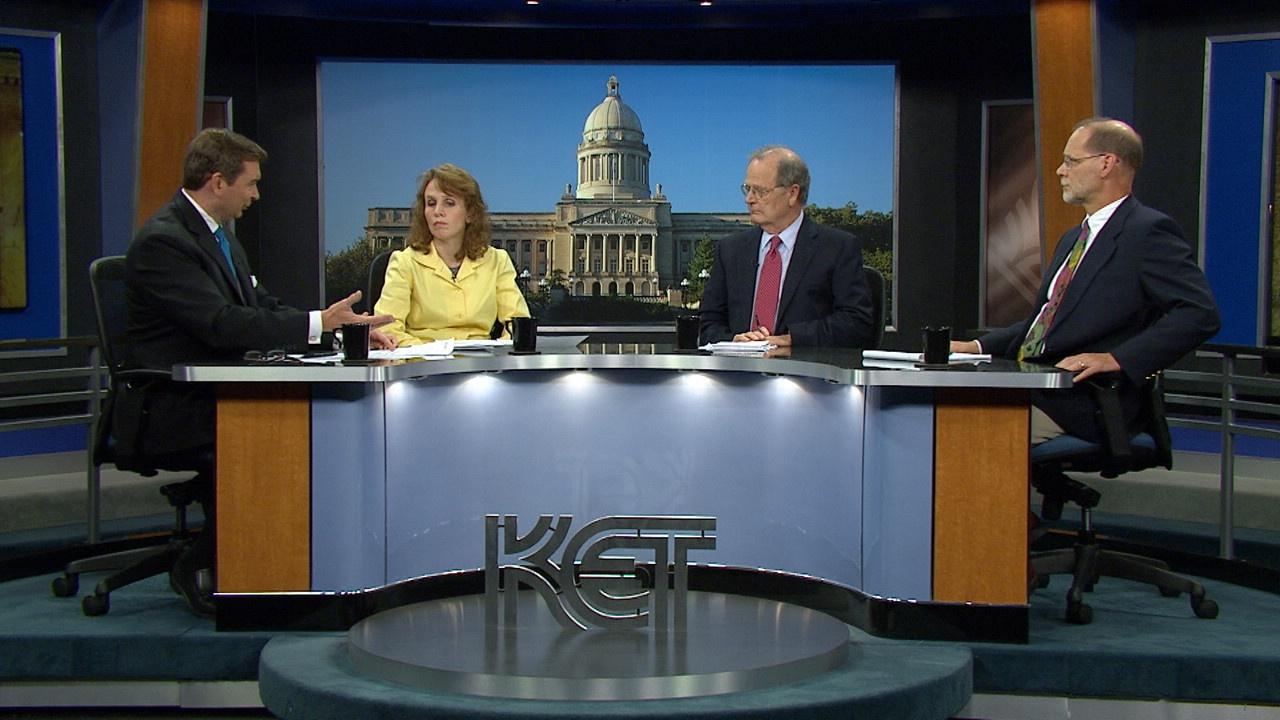