The Bevin administration submitted its request to overhaul the state’s Medicaid program to federal regulators last week. Meanwhile, the University of Louisville may face accreditation issues because of the governor’s restructuring of the school’s board, and a circuit court judge upheld the governor’s reorganization of a state pension board.

The journalists on Comment on Kentucky discussed these stories as well as a series of education issues on this weekend’s program.

Medicaid Waiver Application Filed
The Bevin administration took three extra weeks to compile the state’s Medicaid waiver request to the U.S. Department of Health and Human Services. Adam Beam of the Associated Press says the final application has several small but important changes from the initial proposal the governor presented to the public earlier this summer. Beam says allergy testing and private-duty nursing care were restored to the list of items to be covered by Medicaid. And he says the medically frail (such as those in hospice or who receive federal disability benefits) will be exempt from paying premiums.

But other aspects of Bevin’s plan that some advocates consider controversial remain. Vision and dental benefits still aren’t included in basic coverage, and certain recipients will have to pay premiums and engage in work activities to maintain their enrollment. Beam says the governor is careful not to call his waiver proposal a “work requirement,” which HHS has rejected in other state waiver applications. Instead he says Bevin describes it as a “community engagement requirement” that now includes volunteering, taking care of an elderly parent, or completing a GED.

HHS has 15 days to review Kentucky’s application to ensure that it was properly completed, according to Beam. After that, there is a 30-day public comment period. Then, negotiations between state and federal officials begin. Beam says it could take up to two years for both sides to arrive at an agreement. If those efforts fail, Beam says the existing program could remain in place, or Bevin could do as he has pledged and end the Medicaid expansion that covers some 400,000 Kentuckians.

Accreditation Concerns for U of L
The old University of Louisville board met last week and approved an operating budget for the current fiscal year. Ryland Barton of Kentucky Public Radio says trustees approved a 5 percent tuition hike for students in the 2017-2018 school year, but also pledged not to enact an increase for the year after that. Barton says that would be the first time U of L has not raised its tuition since 2002.

The old board was able to meet after Franklin Circuit Judge Phillip Shepherd placed a hold on a new board of trustees that Gov. Bevin created in June by executive order. Barton says the governor contends the old board is not legal since it doesn’t have the proper racial and political balance mandated by state statute.

An accreditation agency says Bevin’s action to restructure U of L’s board could jeopardize the school’s certification. Adam Beam says the Southern Association of Colleges and Schools (SACS) sent a letter to U of L’s interim president saying the governor’s apparent interference into the negotiations of former President James Ramsey’s departure could represent undue political influence over the school. The agency also warned that the university appears to be out of compliance with comprehensive standards it sets for schools. As a result, SACS has initiated a formal review of U of L’s accreditation, Beam says.

The governor’s office contends the school’s accreditation is not at risk because there’s no evidence that U of L is at risk of failing to meet so-called core requirements established by SACS. Beam says the accreditation question is a key factor in Judge Shepherd’s deliberations over the legality of Bevin’s reorganization of the U of L Board of Trustees.

Shepherd is expected to rule in the case later this fall, says Beam, while the SACS compliance committee is not expected to discuss the U of L issue until December.

Pension Investments Show Poor Returns
In another board restructuring battle, the governor won a mixed victory last week. Beam says Judge Shepherd ruled that Bevin’s reorganization of the Kentucky Retirement Systems governing body could stand. In June, Bevin abolished the existing KRS board and created a new, larger board in its place.

But Shepherd also ruled that Bevin could not oust KRS board chair Tommy Elliott, which he did under a separate executive order in April. According to Beam, the judge said state law sets the term of the chair position, and that removing the chair requires just cause and due process for the that individual. Beam says the governor applauded the first ruling but criticized the second one, saying Shepherd was judicially appointing someone to the board that Bevin created. The governor’s office says it will appeal the ruling regarding Elliott.

House Speaker Greg Stumbo (D-Prestonsburg) called an Aug. 30 meeting of all state representatives to discuss the public pension crisis. Beam says the fall elections may be driving the special meeting. Democrats are struggling to maintain control of the chamber, and Beam says state employees and teachers represent significant voting blocs on Election Day.

Education Issues
A new report shows that a significant percentage of Kentucky high school graduates failed to meet a critical benchmark in math. Valarie Honeycutt Spears of the Lexington Herald-Leader says that 59 percent of students fell below the state’s math standard for the ACT college-entrance exams. She reports that state Education Commissioner Stephen Pruitt says the ACT numbers reinforce the need for a new accountability system to close economic and racial achievement gaps among students in the commonwealth.

Earlier this month, the Prichard Committee for Academic Excellence echoed concerns about those disparities. Spears says a report from that group indicates that black students in Kentucky schools are four times more likely to suspended from school than are white students. Plus, minority students are less than half as likely to be identified as gifted and talented, according to the report. Spears says the committee recommends hiring more teachers of color and making greater efforts to reach out to minority students in the classroom.

Education officials lowered the testing scores for dozens of students because of irregularities on state tests they took. Spears says the violations were not found to be intentional efforts to cheat but were simply procedural errors, such as students using dictionaries or calculators. To prevent similar problems in the future, Spears says 216 teachers will receive extra training on how to properly administer tests. 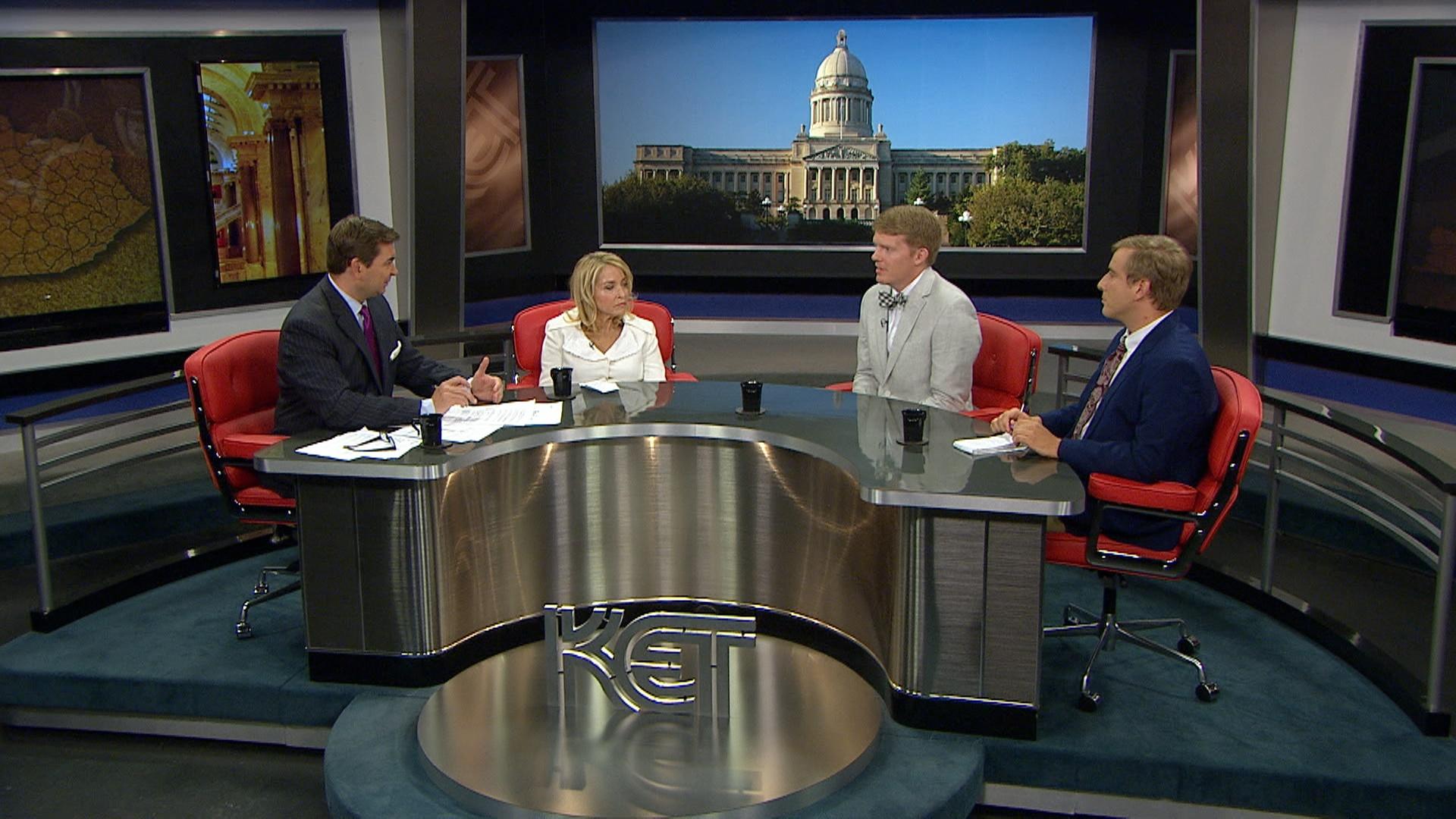