The $1.1 trillion federal spending bill that passed the Senate Saturday night funds the federal government through next September. The measure also includes a gift for the coal industry, courtesy of a Kentucky lawmaker.

The panel on Comment on Kentucky discussed that action, plus other items in state and federal news this past week.

To craft the federal spending deal, Youngman says Rogers had to walk a line between not making Tea Party Republicans too mad, nor making Democrats too happy. “He came away with a compromise that made pretty much everybody mad but it keeps the lights on,” says Youngman.

Turmoil Within Both Political Parties
With a gubernatorial race looming and more congressional races coming in 2016, Kentucky political leaders are developing their new electoral strategies.

Youngman says Democrats are pleased they kept control of the state House, but are uncertain how to proceed with federal races. He says the 16-point loss Alison Lundergan Grimes suffered in her U.S. Senate race has created a “chilling effect” on other Democrats who might consider a Senate run in the future.

Meanwhile Youngman says state Republicans are regrouping after their failure to capitalize on their best chance to take the Kentucky House in years. He says some GOP members blame House Minority Leader Jeff Hoover (R-Jamestown) for that, leading state Rep. Adam Koenig (R-Erlanger) to challenge Hoover for his leadership position.

The parties also face potentially divisive battles in next year’s gubernatorial primaries. Youngman says some Democrats fear Secretary of State Grimes might decide to run for governor against Attorney General and fellow Democrat Jack Conway. Youngman says Congressman John Yarmuth wants Grimes to stay out of the race so Democrats can stay united during the primary season.

On the GOP side, Lawrence Smith of WDRB-TV in Louisville says James Comer has worked hard to secure donations and endorsements in the state’s largest city. Smith says the Kentucky agriculture commissioner feels confident of his support in rural areas, so he wants to challenge Louisville businessman and GOP opponent Hal Heiner on his home base.

The gubernatorial nominees may have a new speech-making venue next year. Smith says a group of African Americans in Louisville is developing an urban version of the Fancy Farm political picnic. Smith says a local radio host along with several churches and businesses want to create a forum where candidates address issues important to African-American voters.

Health News Around Kentucky
State officials are pleased with the response to the new open enrollment period underway for Kynect, according to Laura Ungar of the Louisville Courier-Journal. She says the state health exchange isn’t seeing as many sign-ups as last year, but officials expect a rush of applicants closer to the February enrollment deadline.

Some Kentuckians may need their health coverage to get relief from the flu. Ungar says influenza is now widespread across the state. While this year’s vaccine isn’t a perfect match for the most common strain, Ungar says the U.S. Centers for Disease Control still recommend getting a flu shot to help curb the outbreak.

Ungar also reports that some rural hospitals are struggling to remain afloat due to several economic trends exacerbated by the Affordable Care Act. She says 43 rural hospitals nationwide have closed since 2010, including one in Kentucky. She says it’s tougher for smaller facilities to remain viable with lower Medicare and Medicaid reimbursements and stiffer competition from larger hospital companies.

-The opinions expressed on Comment on Kentucky and in this program synopsis are the responsibility of the participants and do not necessarily reflect those of KET. 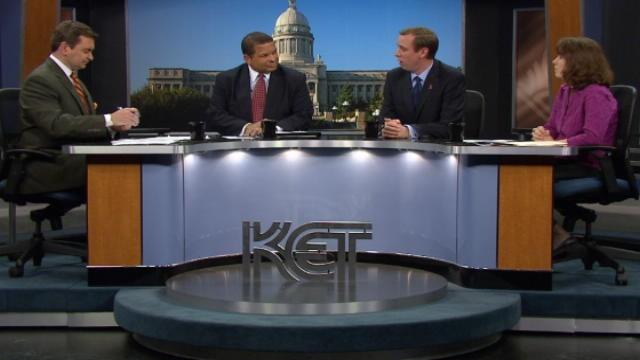