This year Santa Claus will bring some government cash to eastern Kentucky, while local Democrats will spend the 12 days of Christmas trying to maintain their state House majority before the legislative session starts.

The journalists on Comment on Kentucky discussed the new federal spending bill, as well as the busy week in Frankfort and the latest on several child welfare issues.

The budget bill reduced funding for the Environmental Protection Agency, which Ellis reports will leave the agency with the fewest number of employees it’s had in years. The EPA under the Obama Administration has tightened regulations on coal and coal-burning power plants.

The spending in this budget exceeds the limit set in the 2011 Budget Control Act. Ellis says Senate Majority Leader Mitch McConnell had previously said that cap should not be surpassed, but he adds that doing so avoided a government shutdown.

The Battle for Control
The fight to hold on to their slim majority in the state House of Representatives got even harder for Democrats last week when Gov. Matt Bevin named Rep. Tanya Pullin (D-South Shore) to serve as an administrative law judge in the Department of Workers Claims.

Before leaving office earlier this month, former Gov. Steve Beshear nominated transportation cabinet attorney Tyra Redus to that position. But Redus later withdrew her application for the job, and Ronnie Ellis speculates that’s because the Republican-controlled Senate would have opposed her nomination.

Pullin becomes the second House Democrat to accept a job offer from Gov. Bevin. Earlier this month Bevin appointed Hopkinsville Rep. John Tilley to be the new secretary of the Justice and Public Safety Cabinet.

Ellis says he believes the Bevin Administration has offered jobs to other Democrats, and he doesn’t rule out the possibility of another Democratic lawmaker switching party affiliation. Ellis says Republicans think it will be easier to gain a House majority now through political maneuvering rather than win it in the November elections. He adds that Democrats think if they can hold the majority now, they’ll stand a better chance of keeping it come November.

Other Frankfort News
The governor claims he scored his first bipartisan victory last week with a plan to fund college tuitions for Kentucky National Guard soldiers. Jack Brammer of the Lexington Herald-Leader says about 700 guardsmen were promised tuition assistance for the spring semester, but funding for that program was short by more than $1 million. Brammer says Bevin got Senate President Robert Stivers (R-Manchester) and House Speaker Greg Stumbo (D-Prestonsburg) to agree to a plan whereby the individual schools would front the tuition money for the soldiers, and then the state would reimburse them later.

The Bevin Administration is busily preparing its version of the state budget to present to lawmakers in late January. Brammer says the governor will have about $21 billion to allocate over the next biennium, but that will have to fund the state pension systems as well as meet other basic spending needs. In his inaugural address, Bevin promised to streamline government, and Brammer says that already has state employees anxious about their jobs.

Giving the looming budget battles, Ronnie Ellis says he expects this session to be contentious. He warns it could be even more so if Bevin tries to use the budget to legislate on issues like prevailing wage and tax reform. Ellis says Bevin told local officials at a Kentucky Association of Counties meeting that paying state pension obligations will take priority over their funding requests.

Child Health and Welfare
According to a new study, 14 infants in Kentucky died last year from sharing a bed with an impaired adult. Deborah Yetter of The Courier-Journal reports that the state’s Child Fatality and Near Fatality External Review Panel says such deaths occur when a child suffocates underneath an intoxicated or high adult, or when the child becomes entrapped in bed sheets.

Yetter says that number may actually be greater because officials don’t routinely drug test the adult when investigating the death of a sleeping child. She says the review panel wants to make those drug tests mandatory, and they want to increase public awareness that infants should sleep alone in a crib and not share a bed with an adult.

Yetter also reports that childhood poverty remains a persistent problem in the commonwealth. A recent study by Kentucky Youth Advocates indicates that 25 percent of children in the commonwealth live in poverty. Yetter says that puts those kids at a disadvantage from their earliest years in terms of health and educational outcomes as well as economic prospects. 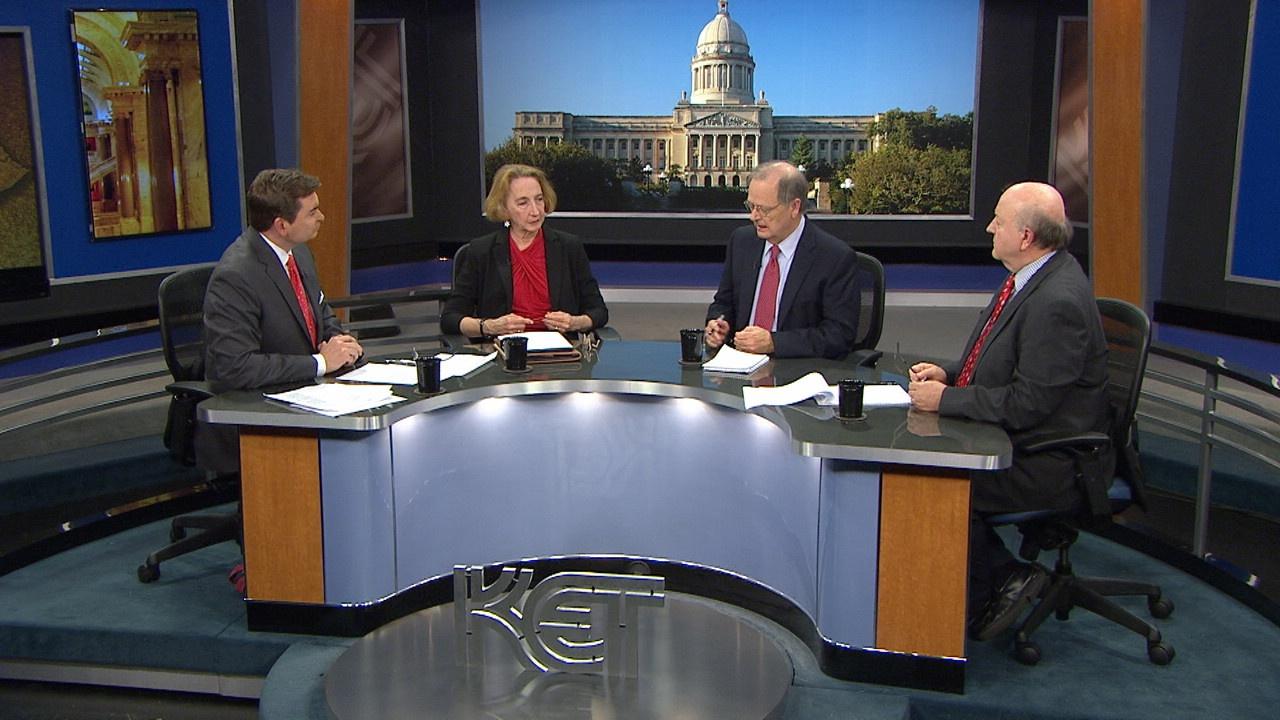