Journalists from around the state discuss news of the day with host Bill Bryant. Scheduled guests: John Cheves from the Lexington Herald-Leader; Tom Loftus from the Louisville Courier-Journal; and Lawrence Smith from WDRB-TV in Louisville.
S43 E12 Length 26:32 Premiere: 2.10.17

In his address to a joint session of the state legislature last week, Gov. Matt Bevin warned of the potential for higher taxes.

The journalists on KET’s Comment on Kentucky discussed the governor’s remarks as well as the rush by lawmakers to move a flurry of bills through the short legislative session, and how child abuse appears to be on the rise in the commonwealth.

In his State of the Commonwealth address Wednesday night, Gov. Matt Bevin used “somewhat cryptic terms” to describe his views on tax reform, says Tom Loftus of the Courier-Journal. He says he interpreted the governor’s remarks about a “tax neutral” plan as indicating that the Republican would propose a significant tax increase. The governor pledged to repeal inventory and inheritance taxes but said “sacred cow” tax exemptions could also be up for review. Among the some of the bigger breaks, says Loftus, are exemptions for groceries, prescription medicines, and home utilities.

Loftus says Bevin also wants to move away from income taxes to consumption or sales taxes. States including Kansas and Tennessee have already gone in that direction, says Loftus.

The state needs more revenues to help cover the unfunded liabilities in the state employee and teacher pension plans. John Cheves of the Lexington Herald-Leader those debts have been estimated to be about $33 billion, but he says Bevin quoted a figure of $82 billion in his speech. He says he’s not certain how the governor arrived at that number.

Although Bevin said he would take the blame for unpopular tax changes, Loftus says he’s not sure if the governor would find enough votes to pass significant tax increases. Republicans have resisted such hikes, and Loftus says even Democrats who want more revenue for the state would be unlikely to embrace more sales taxes.

A special legislative session on tax and pension reforms is expected this fall.

Bills Before the General Assembly

In January, Gov. Bevin signed into law a measure to make legislator pension benefits open for public review. Now a new bill moving through the General Assembly would bring additional changes to the state’s retirement plans.

Cheves says Senate Bill 2 mandates disclosure of payments to pension investment managers, and requires the pension systems to follow similar practices as other state agencies do in  putting out bids. The measure also codifies changes Bevin made to the governing boards of the Kentucky Teachers’ Retirement System and the Kentucky Retirement Systems. Cheves says the governor will have more control over the KRS board than will members elected by retirees and current state workers.

Lawmakers are still sorting through legislation to allow charter schools in the commonwealth. Lawrence Smith of WDRB-TV in Louisville says some prefer starting with a pilot program of charter schools in Jefferson and Fayette counties. On the other hand, Senate Majority Floor Leader Damon Thayer (R-Georgetown) wants to launch charters statewide, says Smith. He says Thayer also wants to allow multiple entities to authorize the special schools. With only about three weeks left in the session, Smith says he’s uncertain whether legislators can work out the details in time to pass a charter school bill.

A second bill sponsored by Thayer offers incentives to school districts to start their academic years in late August. Smith says Thayer wants to counter the trend among some districts to start school in late July or early August because he contends that hurts travel-related economic development and forces children to ride buses and study during very hot weather.

Thayer is also promoting a measure to change how local public library board members are chosen. Cheves explains that under the current system, individuals wishing to serve on their local board submit an application. Those are reviewed by the Kentucky Department of Libraries and Archives, which selects two finalists for each open board seat. The local county judge-executive picks the new member from those two names.

Under Thayer’s Senate Bill 48, library board members would be selected by popular vote during a regular election or directly appointed by county judge-executives. Cheves says that Thayer argues board members should be more accountable to the public because library districts have taxing authority. Opponents of the bill fear it would lead to politicization of library boards, which could adversely impact library services and book selections.

Another measure would limit access to certain hospital records by medical malpractice plaintiffs. Cheves says Senate Bill 18 would keep internal peer review reports out of court cases. Sen. Ralph Alvarado (R-Winchester), a physician and sponsor of the measure, says doctors should be free to review their peers in private without fear that their words could be used in a legal action against a doctor being sued for malpractice.

And six Republican representatives from Jefferson County are seeking to put limits on the mayor of Louisville. Smith says House Bill 202 would allow mayors to serve only two terms, rather than the current three terms. It also gives the Metro Council more authority to fill seats on city boards and commissions, and would allow the governor to fill vacancies for mayor or city council seats. Smith says current Mayor Greg Fischer calls the bill an insult to those who voted for city-county merger. But Smith says there are some Metro Council members who complain that Fischer doesn’t fill commission openings fast enough.

An investigation by the Lexington Herald-Leader finds that the state fails to place children in safer living situations even after social service officials have documented incidents of abuse and neglect against them.

Cheves tells the story of an 8-year-old Berea girl who was physically and mentally tortured by her father and his girlfriend for a year. He says state officials documented the abuse but did not remove the girl from that home until she wound up in a Lexington hospital nearly dead.

Even with more coverage of these tragic incidents, Cheves says abuse is on the rise in the commonwealth. He says there were about 9,000 substantiated incidents of child abuse and neglect in 2012. In 2016, that number was more than 15,000. He says increased awareness of the issue may lead to more cases being reported, but he adds that the drug addiction crisis may also be contributing to more child abuse.

The Department of Community Based Services, the state agency tasked with investigating abuse and neglect, is chronically underfunded and understaffed, according to Cheves. He says legislators as well as Democratic and Republican governors have failed to address the problem even as children continue to suffer grave harm.

The opinions expressed on <strong>Comment on Kentucky</strong> and in this program synopsis are the responsibility of the participants and do not necessarily reflect those of KET. 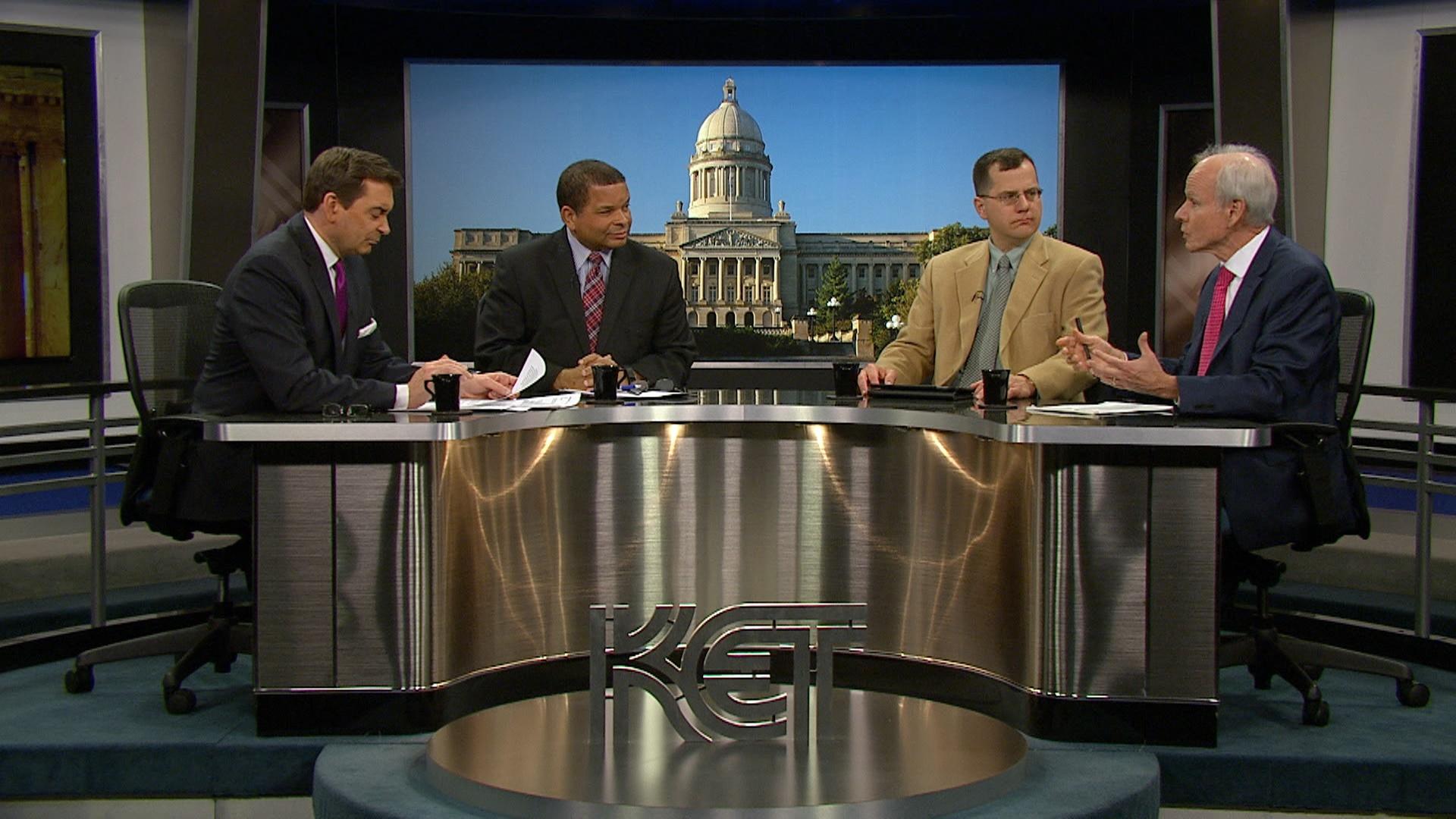