Journalists from around the state discuss news of the week with host Bill Bryant. Guests: John Cheves from the Lexington Herald-Leader; Ronnie Ellis from CNHI News Service; and Erica Peterson from WFPL in Louisville.
S42 E14 Length 26:31 Premiere: 2.5.16

It’s not often that Comment on Kentucky opens with sports news, but in a basketball-obsessed commonwealth, sometimes what happens on (or in this case off) the court can become the lead story.

The journalists discussed Friday’s surprise announcement by University of Louisville officials as well as items from the week’s political news.

U of L President James Ramsey stunned fans with the decision that the school would withdraw its men’s basketball team from any postseason play this year. The move comes amid allegations that a former director of basketball operations at Louisville hired escorts to provide sexual favors to recruits and players. Ronnie Ellis of CNHI News Service says the self-imposed ban follows a preliminary investigation by the school, which indicated that NCAA violations had likely occurred.

Ellis says U of L could face additional sanctions once the NCAA completes its own inquiry.  Until then, Ellis says many Louisville fans are upset by the ban, and especially how it impacts fifth-year seniors Damion Lee and Trey Lewis, who transferred to the school specifically for the opportunity to play in an NCAA tournament.

Caucuses Will Proceed without Paul
U. S. Sen. Rand Paul suspended his presidential campaign after a disappointing fifth-place finish in the Iowa caucuses last week. John Cheves of the Lexington Herald-Leader says Paul didn’t see a path forward for his presidential bid, and he faced growing concern from Kentucky Republicans about his simultaneous reelection race for Senate.

Cheves says Paul raised and spent about $10 million for his presidential campaign, but only has about $1.5 million in his Senate reelection account. Ronnie Ellis says Paul will conduct a 23-city bus tour of the commonwealth later this month to jump-start his Senate campaign. Democratic Senate candidate Jim Gray, the mayor of Lexington who filed for the Senate race last week, has already criticized Paul, saying the Republican made Kentucky his second choice behind his presidential aspirations.

Paul is expected to promote the Republican presidential caucus he pushed for in Kentucky.  Eleven GOP candidates filed to compete in the March 5 caucuses, although several of those have since suspended their campaigns. Ellis says caucus voting will occur in 109 of Kentucky’s 120 counties. Voters in the remaining 11 counties will have to travel to an adjoining county to caucus. He says it’s difficult to predict the turnout for the Saturday caucuses, much less the four special state House elections that are scheduled for the following Tuesday.

Paul’s presidential campaign paid $250,000 to the Republican Party of Kentucky to offset the costs of the caucuses. Cheves says the final total for the event is expected to be about $500,000. Even with candidate filing fees of $15,000 each, Cheves says Paul may be on the hook for the remaining expense money.

Legislative News
Gov. Matt Bevin signed his first piece of legislation into law last week. Senate Bill 4 requires women seeking an abortion to consult with a medical professional 24 hours before undergoing the procedure. The original Senate version required a face-to-face meeting, but the House added a live video teleconference option for women who are unable to make the extra trip to their doctor. John Cheves says it’s the first time in a dozen years that the legislature passed an anti-abortion bill.

The House Appropriations and Revenue Committee heard testimony from State Budget Director John Chilton on Gov. Bevin’s proposed spending plan. Ronnie Ellis says panel members were disappointed that Chilton wasn’t able to provide more detailed answers about Bevin’s budget. Chilton pledged he would get back to lawmakers with the information they requested.

Ellis also reports that some legislators, including Republicans, are upset that the governor’s plan calls for reducing higher education funding. Kentucky’s public colleges and universities have experienced several rounds of decreases during the recession. Budget Director Chilton told lawmakers that Bevin might be willing to allow the universities to spread the new cuts out over several years.

And a push for right to work legislation may have hit a stumbling block in the House – and not just among Democrats, who traditionally oppose such bills. Ellis says that House Minority Floor Leader Jeff Hoover (R-Jamestown) alerted his Senate colleagues that right to work is not a current priority for his caucus. Ellis says that Hoover counts at least eight House Republicans who don’t agree with right to work and don’t want to have to vote on a bill regarding it. Gov. Bevin and Senate President Robert Stivers (R-Manchester) have advocated for legislation that gives employees the option to not pay dues to a union that operates in their workplace.

Coalfield Updates
Kentucky Congressman Hal Rogers is sponsoring federal legislation to take about $1 billion from the Abandoned Mine Reclamation Fund to help struggling Appalachian coal communities. Erica Peterson of WFPL Radio in Louisville says the money would be used to recover old mine sites for economic development projects. She says the legislation has bipartisan support, but would still have to get approval by the House and Senate.

Peterson says the Mine Safety and Health Administration has launched a new phase of its campaign to fight black lung disease, which has seen a resurgence in recent years. Peterson says miners will now be required to wear devices that continuously monitor dust particles workers are exposed to and transmit that data to mine operators and regulators. The devices will also alert miners if their current location contains too much dust for them to safely work in.

And two bills in the Kentucky General Assembly could affect moneys that coal communities receive. The legislation would lift a tax on unmined minerals if there is no lease on those reserves or active plans to mine them. Peterson says the current tax generates about $39 million each year for the commonwealth, most of which goes back to counties where those minerals are located. She says this proposal could deal another financial blow to mining communities already suffering from a decrease in coal severance tax revenues. 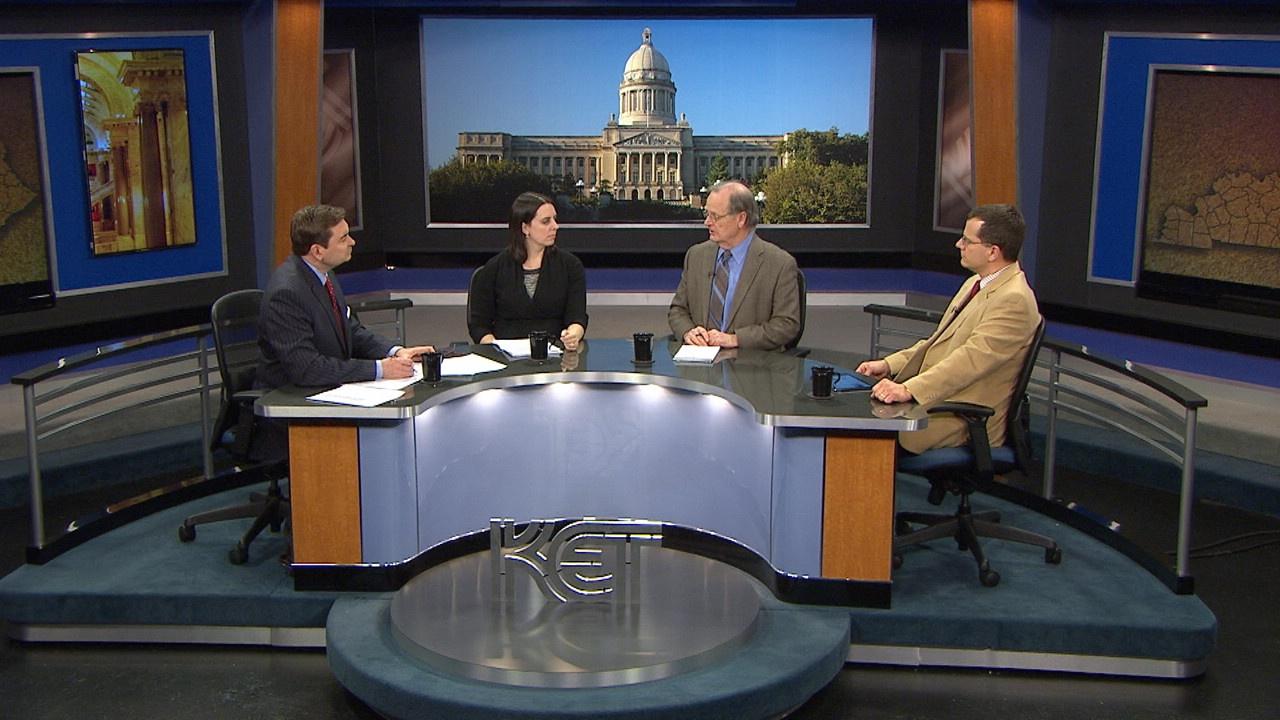