Welcome 2015: The Year in Politics and a Legislative Preview

For the first weekend of the New Year, the panel on KET’s Comment on Kentucky reviewed some of the big stories of 2014. They also looked ahead to the forthcoming legislative session and the final year of Gov. Steve Beshear’s administration.

The Year in Politics
Joe Arnold of WHAS-TV in Louisville says Sen. Mitch McConnell was the big winner on the 2014 political scene by securing his sixth term in Washington. Arnold notes McConnell will make history by becoming the first Kentuckian to be Senate Majority Leader since Democrat Alben Barkley led the body from 1937–1947.

Ronnie Ellis of CNHI News Service calls the race between McConnell and Democratic challenger Alison Lundergan Grimes a physically grueling campaign that kept him and his fellow journalists on the road for months. Ellis says McConnell successfully nationalized the contest by making the race more about President Obama than his actual opponent.

Kentucky Republicans failed in their goal to take control of the state House of Representatives. Democrats maintained a 54–46 majority in the chamber. Ellis attributes that success to Democrats recruiting stronger candidates and having better campaign funding.

Other Frankfort Stories of 2014
Aside from election battles, several other significant news items shaped Kentucky politics last year. Arnold says the state health exchange, Kynect, played into the Senate race and affected the lives of hundreds of thousands of Kentuckians who used it to acquire health coverage. Arnold also cites the funding woes of the state pension system as another important story of last year.

For his part, Jack Brammer of the Lexington Herald-Leader points to the state’s constitutional ban on same-sex marriage. In separate rulings, U.S. District Judge John Heyburn said Kentucky must recognize gay marriages legally performed in other states, and said the state’s ban on same-sex unions was unconstitutional. A federal appeals court later overturned those decisions, and the matter is now expected to go before the U.S. Supreme Court.

Beshear’s Final Year
Brammer says Beshear will be remembered as the health-care governor for his work on Kynect, but he contends Beshear also deserves kudos for how he handled the state budget during the recession years. Joe Arnold says Beshear hopes his last year as governor will include passage of a statewide smoking ban, as well as legislation to address heroin abuse and date-related violence.

With an open race to succeed Beshear, Arnold says he thought more candidates would have entered the gubernatorial race at this point. So far, the major contenders are Kentucky Agriculture Commissioner James Comer and Louisville businessman Hal Heiner on the Republican side, and state Attorney General Jack Conway on the Democratic side. (Potential contenders have until January 27 to file their campaign papers.)

Ronnie Ellis attributes the lack of gubernatorial candidates to the nature of the job. He says contemporary governors hold less power over the legislature than they once did, and whoever wins this election will face ongoing budget woes and a politically divided General Assembly.

The Upcoming Legislative Session
So what items will top the legislative agenda during this year’s 30-day session? Jack Brammer expects to hear discussion about the state pension problems, but no substantive plan of action. A bill to allow charter schools in the commonwealth may also come up, but Brammer says opposition from House Democrats and the Kentucky Education Association will likely doom any such legislation.

A smoke-free law may stand a better chance in 2015 than in previous session, according to Joe Arnold. Ronnie Ellis agrees, saying Senator-elect Ralph Alvarado (R-Winchester) supports an anti-smoking bill. Ellis also notes that Rep. Julie Racque Adams (R-Louisville), who has sponsored smoke-free legislation in the past, will be able to promote the measure again this year as she moves to the state Senate and becomes chair of the health and welfare committee there. 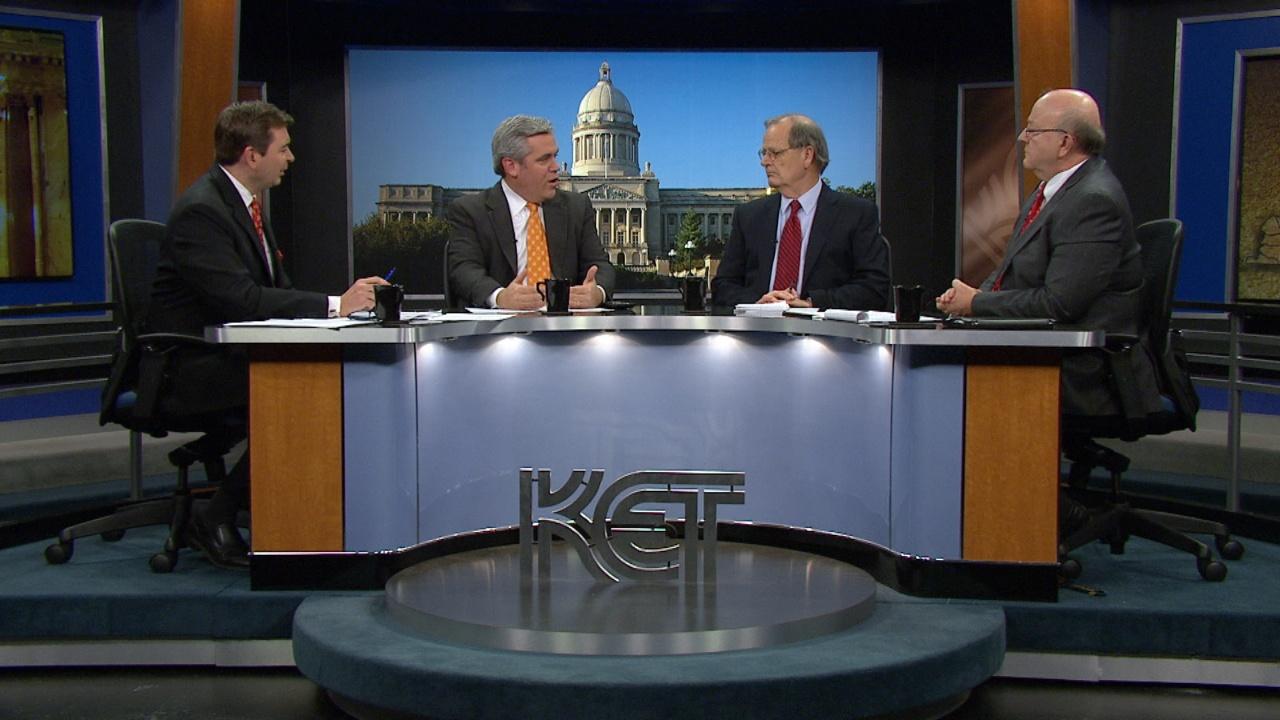