A Look at Legislative Priorities

The start of the new year saw lawmakers in Washington and Frankfort hit the ground running with a fresh set of legislative priorities. The panel on this weekend’s Comment on Kentucky discussed what’s ahead for Congress, the state General Assembly, and candidates in the 2015 state elections.

The 114th Congress Convenes
Mitch McConnell was sworn in as Senate Majority Leader on Jan. 6, and Theo Keith of WAVE-TV in Louisville says the senator was eager to complete the ceremony and get to work. Despite veto threats from President Obama, Keith says McConnell wants to push legislation for the Keystone XL Pipeline project, and a change to Obamacare to define a full-time workweek as 40 hours, not 30.

Democratic Congressman and fellow Louisvillian John Yarmuth says McConnell faces significant political challenges in his new job, reports Keith. McConnell must wrangle the 53 other members of his caucus, and find at least 6 Democrats willing to work with him to help move legislation through the chamber. Plus he has 24 members who will face re-election in 2016, not to mention several potential presidential contenders in his ranks.

Governor Gives Optimistic Report
In his final State of the Commonwealth address, Gov. Steve Beshear gave an upbeat report on the state’s economy, according to Adam Beam of the Associated Press. With details about lower unemployment, record-setting exports, and a wave of new business investment, Beam says Beshear was setting an optimistic stage for the Democratic gubernatorial nominee to succeed him.

A Busy Legislative Agenda in Frankfort
Blackford says this year’s General Assembly may finally pass protections for couples in dating relationships. She explains that troubling statistics about date-related violence in high schools and colleges have helped coalesce support for the bill. Plus, she says advocates have allayed concerns that allowing dating couples access to emergency protective orders might overload the court system.

Adam Beam says a measure to allow public-private partnerships for transportation projects has wide bipartisan and bicameral support. After numerous attempts at a statewide smoking ban, Beam says that proposal should finally get a vote in the House this session. But the fate of local option sales tax legislation (also known as Local Investments for Transformation) is uncertain. He says some lawmakers, especially Republicans, see it as politically risky to support a measure that essentially allows for higher taxes.

Senate President Robert Stivers announced a surprise agenda item this week when he asked lawmakers to reopen the state budget to fund a cancer research center at the University of Kentucky. Linda Blackford says UK has pledged money and fundraising muscle to the project, but would still need $10 million in state bonding to construct the facility.

2015 Races Heat Up
The candidate-filing deadline for Kentucky governor and other constitutional offices is about two weeks away. Attorney General Jack Conway made his gubernatorial bid official on  Jan. 12 when he filed his paperwork with the Secretary of State’s office. Theo Keith says Conway will reboot his campaign after being absent for much of the last quarter of 2014 due to back surgery.

Bill Bryant of WKYT-TV in Lexington says former Kentucky Supreme Court Justice Will T. Scott of Pikeville is expected to run for governor, setting up a three-way GOP primary with James Comer and Hal Heiner.

In another race, 34-year old state Sen. Whitney Westerfield (R-Hopkinsville) filed to run for attorney general. Linda Blackford says Westerfield has earned kudos for his work on the dating violence bill. She reports Westerfield plans to make gay marriage an issue in the race since current Attorney General Conway declined to defend the state’s ban on same-sex unions. 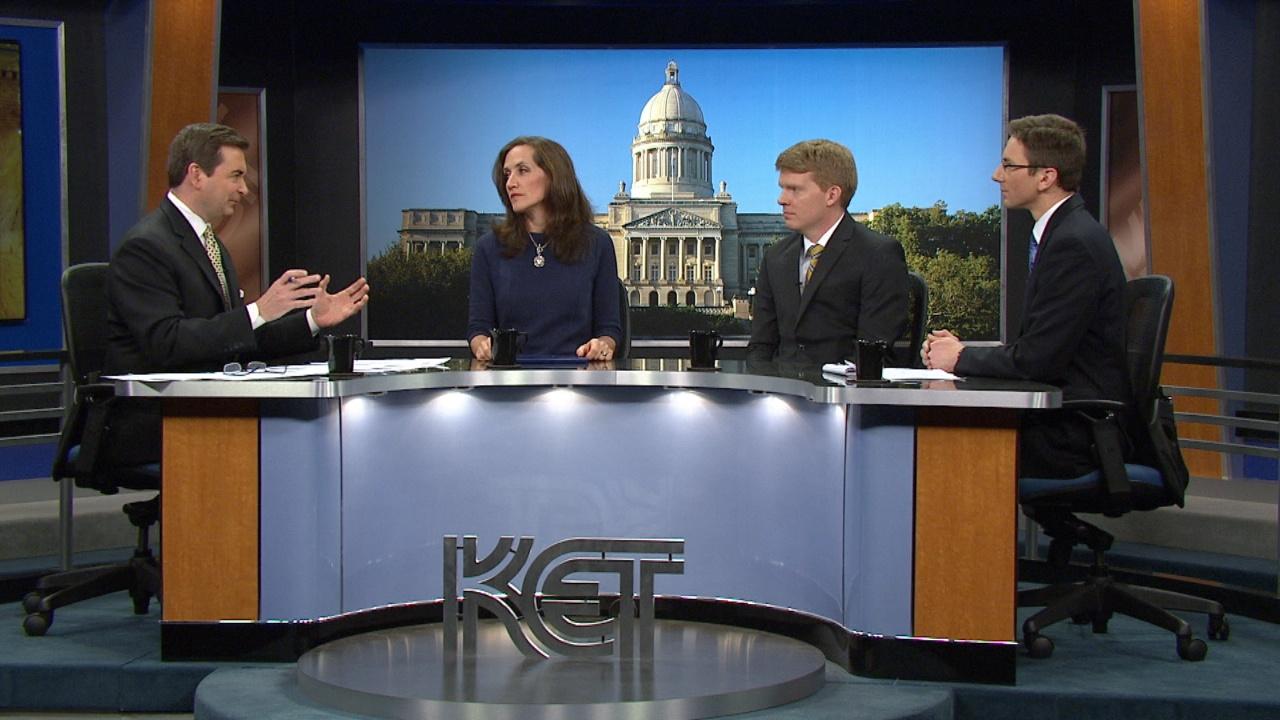