The U.S. Senate is expected to vote this week on whether to debate health care legislation that would either repeal and replace the Affordable Care Act, or just repeal it for now.

What remains unclear is which legislation Senate Majority Leader Mitch McConnell might actually offer for a vote in the ongoing health care discussions.

The journalists on KET’s Comment on Kentucky discussed the unusual legislative strategy unfolding in Washington. They also explored important judicial rulings on abortion protests and legal fees for an embattled county clerk.

McConnell Prepares for Health Care Vote
Ronnie Ellis of CNHI News Service says a vote could come as early as Tuesday that would enable the Senate to continue debate on health care legislation. Majority Leader McConnell needs a bill to serve as a vehicle for that procedural vote, and Ellis believes he will offer the American Health Care Act, which the U.S. House of Representatives passed in May to repeal and replace Obamacare.

If McConnell is able to secure 51 votes, then the Senate can debate the legislation and make any amendments that lawmakers wish to propose. Ellis says that could even include substituting in the repeal-and-replace bill that McConnell has proposed but that has yet to garner enough votes for passage.

But winning that initial procedural vote isn’t guaranteed, says Ellis. Several senators, including Sen. Rand Paul of Kentucky, remain opposed to the replacement proposals offered so far. Still other senators are reluctant to vote on a measure that simply repeals the ACA out of concern that Medicaid beneficiaries in their states could be hurt. Ellis says McConnell is telling senators that if they vote against the procedural maneuver, they are effectively voting to keep Obamacare.

The majority leader is already down one crucial vote after the announcement that Sen. John McCain has brain cancer. The Arizona lawmaker had surgery last week to remove a blood clot when doctors discovered a brain tumor. Ellis says if McConnell doesn’t get the votes he needs this week to open debate, he could set the motion aside and call it back up once McCain returns to the Senate.

Judicial News
A federal judge issued a restraining order designed to keep anti-abortion protesters a safe distance away from the doors of the state’s last remaining abortion clinic.

Ryland Barton of Kentucky Public Radio says U.S. District Judge David Hale created a 15-foot by 7.5-foot buffer zone around the EMW Women’s Surgical Center in downtown Louisville. The move came ahead of a week-long protest at the clinic planned by a fundamentalist Christian group. Barton says Judge Hale will hold a hearing today to determine whether the buffer zone should be left in place permanently.

The state will have to pay attorneys’ expenses for the same-sex couples who sued Rowan County Clerk Kim Davis for her refusal to grant them marriage licenses two years ago. Ellis says U.S. District Judge David Bunning ruled that Davis was simply acting in her official capacity as a county clerk. Since the state enforces regulations regarding marriages, Bunning said it should pay the $225,000 legal fees, not Davis.

The Kentucky General Assembly eventually rewrote the pertinent statues to say that county clerks do not have to personally sign marriage licenses, according to Ellis.

Education Updates
The new Kentucky Charter Schools Advisory Council is scheduled to hold its first meeting on July 24. Allison Ross of the Louisville Courier-Journal says the group created by Gov. Matt Bevin will help the state Board of Education develop regulations to govern charter schools in the commonwealth.

The General Assembly approved legislation earlier this year to permit charter operations, and to give local school boards and other groups the authority to authorize charters to operate in their districts. Ross says the earliest charter schools could begin to operate in Kentucky would be the 2018-2019 school year.

The star-rating system is designed to make it easy for parents to see how their child’s school is performing. Ross says other states use A – F grades as markers of school performance, which is a system favored by Education and Workforce Development Cabinet Secretary Hal Heiner.

Jefferson County’s new interim school superintendent says he wants the permanent job. Ross reports that Marty Pollio succeeded Donna Hargens, who resigned earlier this year. Pollio has served as principal at two Louisville high schools. Ross says Pollio wants to improve the climate and culture in Jefferson County schools, strengthen organizational coherence among the schools, and ensure that all teachers have the classroom resources they need.

Frankfort News
The Executive Branch Ethics Commission has dismissed complaints against Gov. Bevin concerning his purchase of a home from a political donor. Barton says Bevin purchased an eastern Jefferson County mansion from Neil Ramsey for a price substantially below its estimated valuation. Ramsey donated to Bevin’s political campaigns, and the governor later appointed him to a seat on the board of the Kentucky Retirement Systems.

Barton says the commission determined that even if Bevin bought the house for a $1 million discount, the transaction was not improper since Ramsey is not a lobbyist. However the commission advised that Lt. Gov. Jenean Hampton should decide whether to reappoint Ramsey at the end of his board term. Ellis says that since Bevin is now, in effect, Ramsey’s supervisor, state ethics codes preclude any actions that could influence the supervising of another employee.

The commission also advised Kentucky Attorney General Andy Beshear against investigating Bevin if the Democrat is considering running against the Republican governor in a future political contest. Barton reports that the commission determined it would be a conflict of interest for Beshear to investigate a potential political rival. 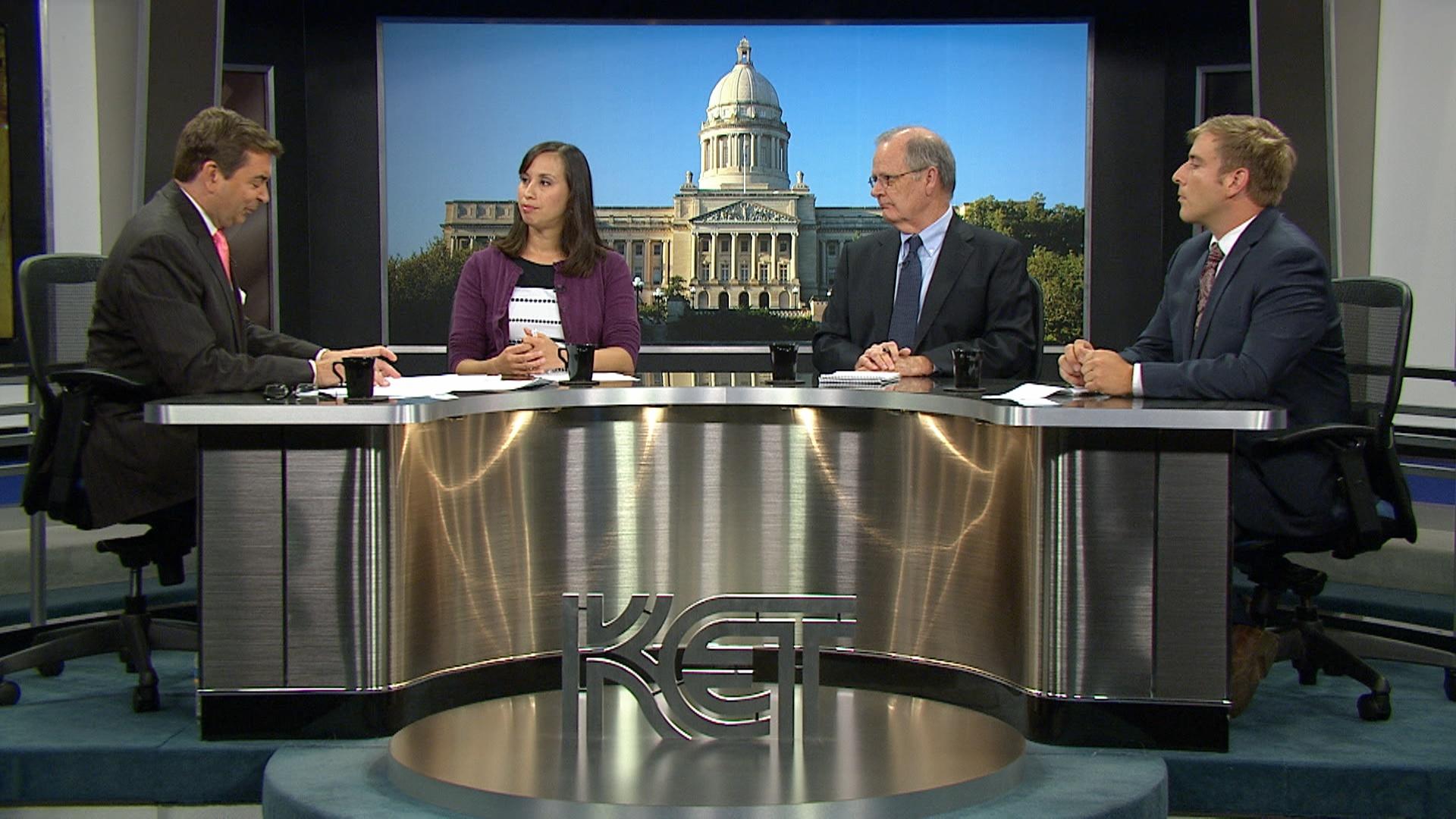