One party convention is finished, another one begins today, and Fancy Farm is just around the corner.

The busy summer of politics continues both on the national stage and around the commonwealth. The journalists on KET’s Comment on Kentucky recapped the Republican National Convention, reviewed other election stories, and updated several lawsuits pending in state courts.

Convention Recap
The just-completed Republican National Convention included remarks by U.S. Sen. Mitch McConnell and state Sen. Ralph Alvarado. Michael Gossum of WBKO-TV in Bowling Green says Alvarado paid tribute to his parents who were legal immigrants to America. (His father hails from Costa Rica and his mother is from Argentina). The Winchester Republican is the first Hispanic elected to the Kentucky General Assembly. Gossum says Alvarado’s national debut seemed to go well as his charisma appealed to the convention crowd.

Fifth district Congressman Hal Rogers attended the convention but did not speak. Bill Estep of the Lexington Herald-Leader says Rogers told reporters that the GOP needs to unite behind Presidential nominee Donald Trump. Rogers contends that a victory for Clinton would in essence be a continuation of the Obama administration, extending his environment policies on coal and coal mining.

The Republican Party of Kentucky (RPK) holds a significant fundraising advantage over the state Democrats heading into the fall elections. Tom Loftus of the Louisville Courier-Journal says the latest Federal Election Commission numbers show the RPK with $1.6 million in the bank while the Kentucky Democratic Party only has about $73,000 on hand. Loftus says that could give Republicans an edge in their efforts to gain control of the state House of Representatives. But he says fundraising efforts for the fall campaign are just getting started, and many races could hinge on how much individual candidates as well as related super PACs might raise.

One such group got a significant boost from a Louisville businessman. Loftus says Humana co-founder David Jones donated $250,000 to Kentuckians for Strong Leadership, a super PAC that was formed to help Sen. McConnell during his 2014 reelection bid. Now the group is focused on flipping the state House to GOP control. Loftus says Jones is deeply concerned about public pension liabilities and thinks Republicans are better positioned to reform the retirement systems.

Recent special elections are enabling more alcohol sales around the commonwealth. Bill Estep says there have been 51 votes in the past two years to expand alcohol sales or allow them for the first time in historically dry precincts, communities or counties. Of those elections, Estep says 42 have been successful. He says recent votes allowed Cumberland and Metcalfe Counties to go wet, and Mayfield and Williamsburg to expand local sales of alcoholic beverages.

For years a jurisdiction could only be totally wet or completely dry, says Estep. But in 2000, the state legislature changed the law to allow sales by the drink under certain restrictions, such as only at large restaurants or at a golf course clubhouse. Estep says proponents of alcohol sales argue it creates jobs, boosts tourism, and generates tax revenues. He says dry locations are more likely to have a wet-dry vote if a neighboring community or county goes wet.

In the Courts
The U.S. Dept. of Justice has sued to block the acquisition of Louisville-based Humana, the nation’s fifth largest health insurer, by Connecticut-based Aetna, which is the third largest health insurance provider in the U.S. Tom Loftus says federal officials contend the merger would reduce competition in the health insurance market and drive up costs for consumers. He says the suit also puts the 12,000 Humana employees in Louisville in limbo until there’s a resolution to the case. The Justice Department also sued to halt the merger of two other health care giants, Anthem and Cigna.

Attorney General Andy Beshear scored two minor victories in his efforts to check the executive authority of Gov. Bevin. Last week, Franklin Circuit Court Judge Phillip Shepherd ruled that Beshear could join separate lawsuits dealing with the governor’s reorganization of the Kentucky Retirement System Board of Directors and the University of Louisville Board of Trustees.

The KRS suit involves whether Bevin had the power to remove Tommy Elliott as board chairman, and to increase the number of members on the board. Loftus says after Shepherd’s ruling, Republicans called on Beshear to withdraw from the case, citing his longstanding relationship with Elliott. Loftus explains that Beshear represented Elliott in a 2010 civil case before the Kentucky Registry of Election Finance for his handling of campaign and inaugural funds for Louisville Mayor Greg Fischer. Elliott later contributed $2,000 to Behsear’s campaign for attorney general, according to Loftus.

The Bevin administration argued that Beshear should be disqualified from challenging the U of L restructuring because an opinion from former Attorney General Jack Conway indicates that governors do have the authority to reorganize state boards. Loftus says Judge Shepherd said that opinion didn’t apply to this particular case.

Loftus says Shepherd is expected to decide in the next several weeks whether to put a hold on Bevin’s restructuring of both the U of L and the KRS boards. If that occurs, Loftus says both entities would revert back to their previous board memberships until the cases are finally resolved. 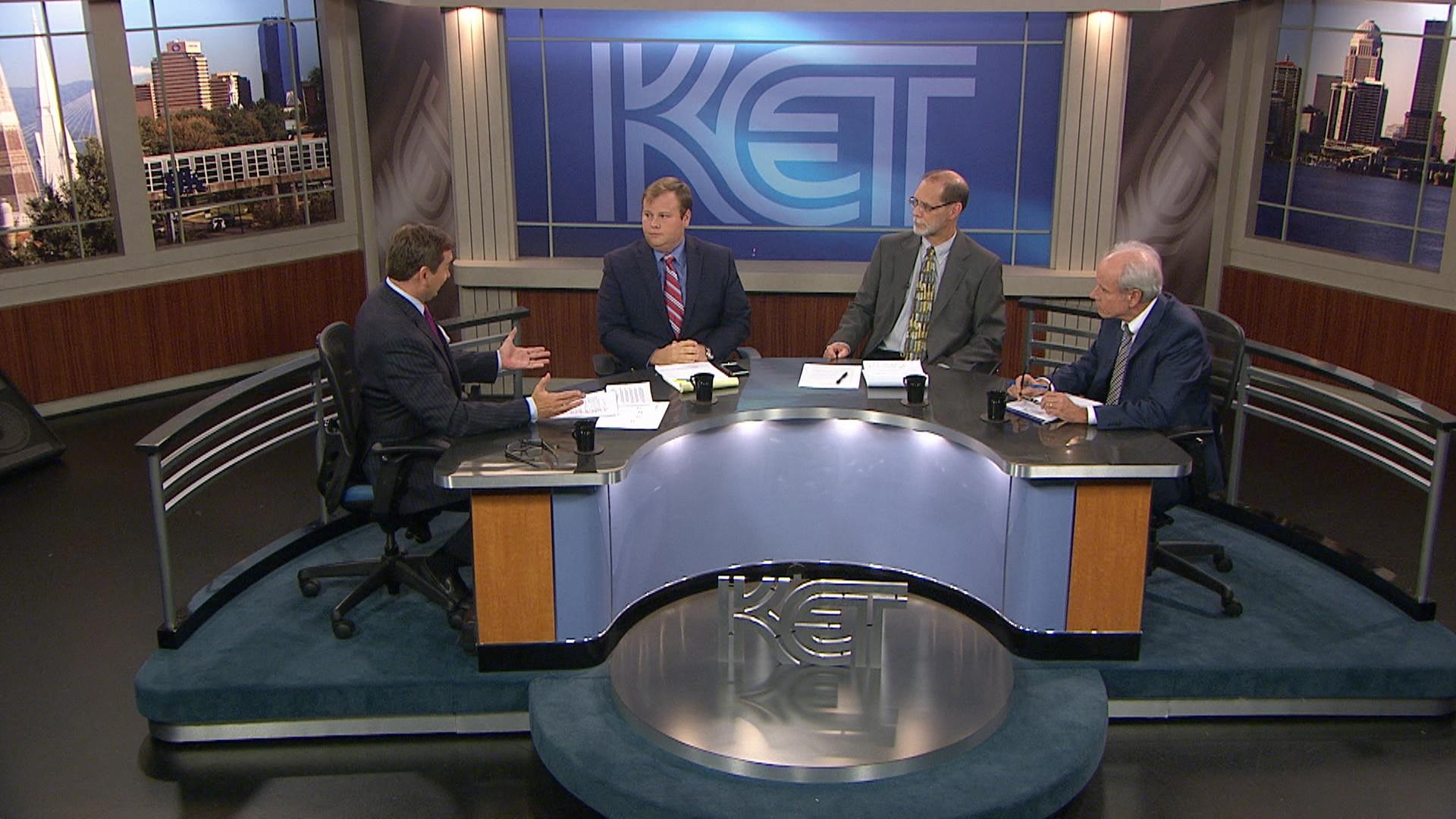