Just hours after the U.S. Supreme Court’s landmark decision on same-sex marriage, the first gay couples in Kentucky exercised their right to marry.

The panel on Comment on Kentucky discussed the repercussions of Friday’s ruling, which marked a dramatic turn for gay marriage in the commonwealth.

A ‘Fatal Flaw’ In Kentucky’s Legal Argument
Last year a federal judge struck down Kentucky’s 2004 amendment to the state constitution that defined marriage as a union between a man and a woman. Gov. Steve Beshear appealed that decision to the U.S. 6th Circuit Court of Appeals, which later upheld Kentucky’s ban on same-sex unions as well as similar bans in Michigan, Ohio, and Tennessee.

John Cheves of the Lexington Herald-Leader reports that Beshear said his goal was to get legal clarity on the matter. Since other federal appeals courts had approved gay marriages, it was up to the U.S. Supreme Court to resolve the conflicting lower court decisions.

Cheves says the oral arguments that lawyers for Kentucky and the other three states presented in April had a fatal flaw: They didn’t articulate clear, convincing reasons why gay marriages should be denied. He says their defense centered on moral or religious reasons for maintaining traditional views of marriage, which he says failed to address due process protections guaranteed under the 14th Amendment.

Celebration and Caution
After some initial confusion Friday morning, Linda Blackford of the Herald-Leader says Beshear issued a directive for state and county officials to comply with the Supreme Court’s decision. Blackford says Beshear told county clerks they had a legal duty to issue marriage licenses regardless of their personal beliefs about gay marriage. The first couples in Louisville and Lexington married later that day, but Blackford reports that the Boone County Clerk declined to issue any licenses on Friday.

Gay rights activist and former Metro Louisville Councilwoman Tina Ward Pugh urged both celebration and caution about the ruling, according to Phillip M. Bailey of The Courier-Journal. He says Pugh fears a backlash from conservatives over the ruling. Bailey says the decision may be popular in urban areas but is less so in rural communities where more traditional values predominate.

Linda Blackford says The Family Foundation of Kentucky is pledging to limit gay marriage through legislative action. And Theo Keith of WAVE-TV in Louisville says some lawmakers are already considering expanded legal protections for private businesses that don’t want to accept gay clients based on religious objections.

The issue will also be a factor in Kentucky’s gubernatorial race. Republicans have criticized Democrat Jack Conway, who, as state Attorney General, declined to appeal the original federal judge’s ruling that overturned Kentucky’s marriage protection amendment. Theo Keith says Matt Bevin came out strongly against the Supreme Court decision, which the GOP nominee contends goes against the will of nearly three-quarters of Kentuckians who voted for that amendment.

Health Care News
The other major Supreme Court ruling last week that upheld the Affordable Care Act had less impact on Kentucky since that case focused on states that don’t operate their own insurance exchanges. But the business of health care is on the minds of many Kentuckians as rumors continue to swirl around the possible sale of Louisville-based insurance giant Humana.

Bailey says city officials are worried about the impact of the rumored sale to Aetna, a managed care company based in Connecticut. Humana is Louisville’s second largest employer, according to Bailey, and is a significant contributor to local civic and cultural organizations.

Another health policy issue has legislators questioning Louisville’s newly implemented needle exchange program for heroin addicts. A law enacted by the General Assembly earlier this year allows local communities to create such programs as a way to get addicts into treatment. But Bailey says lawmakers are concerned that the Louisville program has given away seven times more clean needles than it is getting in return.

A New Home for Jefferson Davis Statue
The debate over Confederate symbolism reached into Kentucky last week as several high-profile Republicans called for the removal of a Jefferson Davis statue from the state capitol rotunda. The marble likeness of the Kentucky-born Confederate States of America president has been a fixture in the capitol since 1936.

Sen. Mitch McConnell along with state Senate President Robert Stivers (R-Manchester) and GOP gubernatorial candidate Matt Bevin said the statue should be moved. Theo Keith says Democratic candidate Jack Conway initially said he wanted to talk with African Americans about the idea, but then later responded with his support for the plan. Keith says the state Historic Properties Advisory Commission is taking public comments on the matter and will decide the fate of the statue by December.

Keith says that debate overshadowed a report that Bevin and Sen. Rand Paul had accepted campaign contributions from a white supremacist. Earl Holt of the Council of Conservative Citizens gave to Bevin’s 2014 U.S. Senate campaign, and to a political action committee supporting Paul’s presidential bid. Keith says both Bevin and his running mate Jenean Hampton will make $500 contributions to the Warren County NAACP. Reports indicate Paul will donate money to a fund for the victims of the Charleston church shooting. 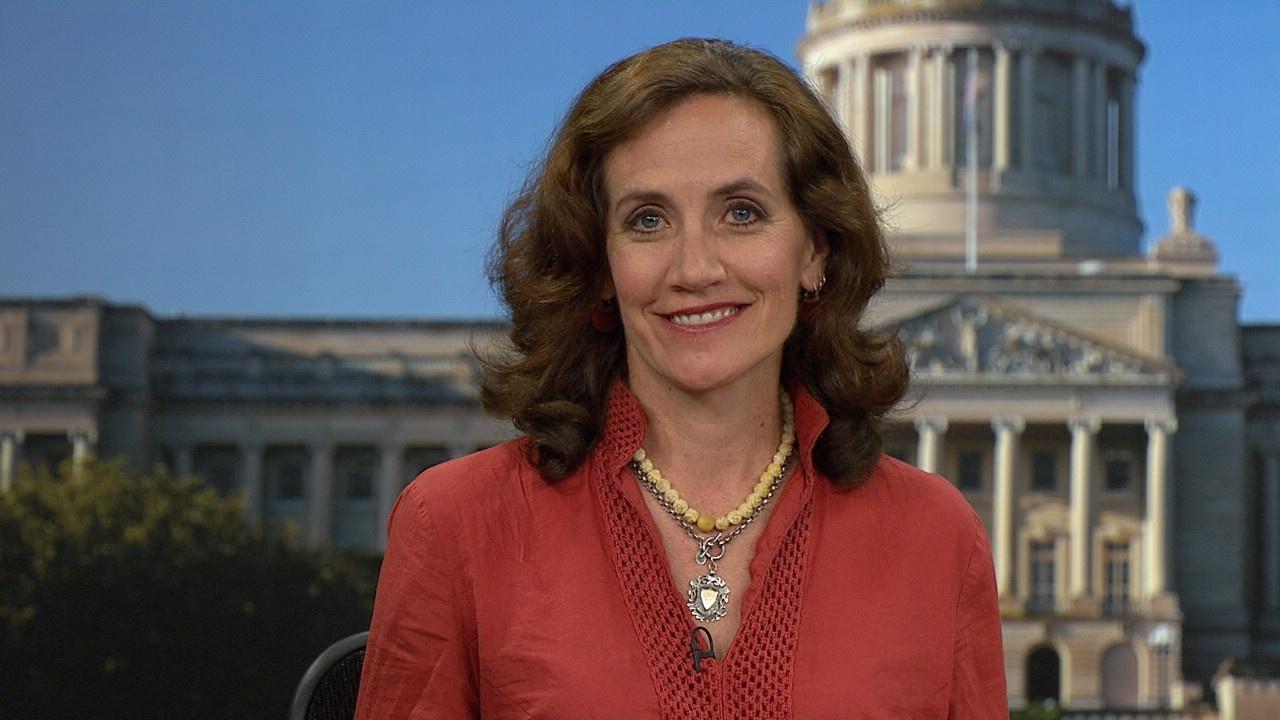