Bill Bryant and a panel of journalists discuss the week's news from the commonwealth, including legislation moving its way through the General Assembly. Guests: John Cheves from the Lexington Herald-Leader; Ronnie Ellis from CNHI News Service; and Lawrence Smith from WDRB-TV.
S43 E15 Length 26:31 Premiere: 3.3.17

Kentucky gets attention in the national health care debate, while state lawmakers move to change how medical malpractice lawsuits are handled in the commonwealth.

The journalists on Comment on Kentucky discussed these stories and reviewed key bills moving through the General Assembly in the waning days of the 2017 session.

Kentucky Politicians Debate Health Care
Two Kentucky governors got a bit of the national spotlight around President Donald Trump’s address to Congress last week. During his speech, Trump quoted Gov. Matt Bevin as saying the implementation of the Affordable Care Act in Kentucky is “unsustainable and collapsing.” Trump also noted that a third of the state’s counties have only one insurer.

Former Gov. Steve Beshear gave the Democratic response to the president’s address. Lawrence Smith of WDRB-TV in Louisville says Beshear defended his record in Kentucky and touted how the ACA has provided coverage to 500,000 people in the commonwealth. Beshear said no current Republican alternative to Obamacare would cover as many individuals as the ACA does.

The choice of Beshear was a point of controversy, says Smith. He says some Democrats questioned why a younger party star wasn’t selected to offer the rebuttal. Smith says party officials wanted someone from middle America who would defend the ACA.

As word circulated last week that Republicans had a new health care proposal hidden somewhere in the Capitol, Republican Sen. Rand Paul led the media on a hunt to find the secret document. Smith says the stunt may have helped the state’s junior senator draw attention to his ACA replacement bill. Smith says highlights of Paul’s market-driven approach include a $5,000 tax credit for health savings accounts and provisions to enable groups of individuals or small businesses to form associations to negotiate for health insurance. Paul’s plan would also eliminate the Obamacare coverage mandate.

A key goal of the ACA was to provide insurance for individuals who couldn’t otherwise afford it. Ronnie Ellis of CNHI News Service says tax credits like the one Paul proposes only work for individuals with sufficient income. He says it would also be difficult to cover people with preexisting conditions and to remove lifetime coverage caps without some kind of mandate to get healthier people into insurance pools.

Bills Would Affect Medical Malpractice Lawsuits
A measure to create special panels to review medical malpractice cases before they go to trial awaits the governor’s signature. John Cheves of the Lexington Herald-Leader says Senate Bill 4 applies to malpractice claims against doctors, hospitals, nursing homes, or other health care providers. The panels would determine if the claims of injury or negligence have merit.

Opponents of medical review panels contend they hurt malpractice victims by forcing them to wait longer and incur additional legal expenses before getting a judgment on their cases. To help address that concern, Cheves says the House added a provision that puts a nine-month time limit on the review process. If a review takes longer, the claim can proceed to court while the review process continues.

A related bill would keep a hospital’s internal peer review of an injury or negligence case out of malpractice lawsuits. Cheves says Senate Bill 18 protects the privacy of doctors who critique each other when reviewing hospital incidents. He says plaintiffs want access to those reviews because of the details they provide about what went wrong and who was responsible. The measure has passed the Senate and is awaiting a House vote.

Both bills could face court challenges. Among the issues, says Cheves, is a provision in the Kentucky Constitution that gives citizens a right to sue for medical malpractice. He says anything that could be construed as interfering with that right could be considered unconstitutional.

Other Bills Moving in the General Assembly
House Bill 520 to create public charter schools cleared the House on Friday and now goes to the Senate. Ellis says the bill enables local school boards anywhere in the state to authorize charter schools in their districts. If the local board denies the application request, school organizers can appeal the decision to the state board of education, which has members appointed by Gov. Bevin, according to Ellis.

He says the bill was envisioned for Jefferson and Fayette counties, but could apply to any district in the state. Ellis says it would be difficult to find enough students to justify a charter school in smaller, poorer districts. In fact, concerns about the measure voiced by rural Republican lawmakers nearly derailed it. A newly rewritten version of the bill was released late Thursday night, approved by the House Education Committee Friday morning (following testimony for the bill by Bevin), and passed by the full House that afternoon, says Cheves.

One late addition to HB 520 allows the mayors of Louisville and Lexington to also authorize charter schools in their counties. Rep. Jody Richards (D-Bowling Green) raised another concern with wording of the legislation. Ellis says Richards fears the current language could enable charter schools to skirt state requirements that classroom teachers be certified. Ellis says the bill’s sponsor, Rep. John Carney (R-Campbellsville) pledged to correct that language if necessary.

Heavier trucks will be able travel state roads thanks to a bill signed into law by the governor. Cheves says House Bill 174 allows trucks hauling feed for poultry and other livestock to be as much as 10 percent above the normal 80,000-pound weight limit. A number of industries have secured similar exemptions from the General Assembly, says Cheves. Supporters contend it’s more cost effective to run heavier trucks, but critics say the extra weight is harder on road surfaces and bridges and creates a safety hazard by increasing stopping times.

After failing to get personal identification legislation signed into law last year, lawmakers have revamped the bill to make obtaining the new form of ID voluntary. Under new federal regulations, individuals will soon need so-called Real IDs to board airplanes or visit military bases. Ellis says some Kentuckians opposed last year’s bill because of privacy concerns, which led Gov. Bevin to veto legislation he initially supported. The updated House Bill 410 allows Kentuckians to keep their regular drivers’ licenses if they choose.

A bill to address judicial workloads cleared the Senate last week. Ellis says some state judges are swamped with work, while others have very few cases. A new plan promoted by Kentucky Supreme Court Chief Justice John Minton would keep the same total number of judges in the commonwealth but reallocate them to new courts or circuits to better meet demands.

And House Bill 281 would limit contingency fees that outside counsel could earn handling cases for the state. Cheves says that when attorneys general need help with large cases, they may hire outside counsel and pay $1 for their services but give them a percentage of the settlement moneys. The legislation would place a $20 million cap on contingency payments. Cheves says current Attorney General Andy Beshear opposes the measure because he says it would hinder the state’s ability to sue large corporations that are hurting Kentuckians. 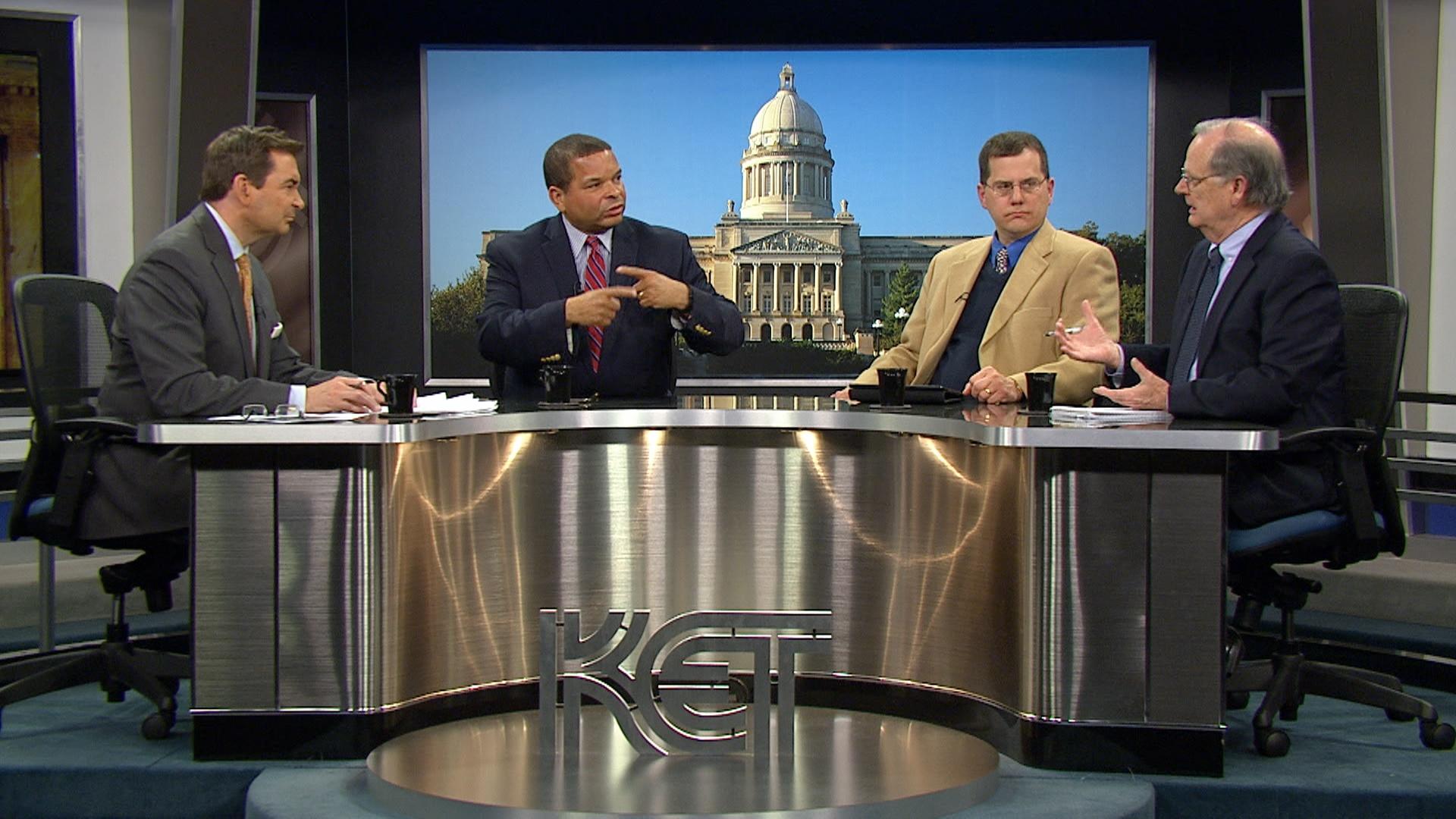