Bill Bryant and a panel of journalists look back on an active 2017 regular session of the General Assembly and discuss other news of the week. Guests: Adam Beam from the Associated Press; John Cheves from the Lexington Herald-Leader; and Antoinette Konz from WDRB in Louisville.
S43 E19 Length 26:32 Premiere: 3.31.17

The journalists on KET’s Comment on Kentucky recapped the final hours of the 2017 General Assembly and reviewed several of the notable bills that lawmakers passed.

Last-minute Maneuvering
With the GOP holding both chambers of the legislature and the governor’s office, there was much less rancor in the closing hours of this session, says John Cheves of the Lexington Herald-Leader. In previous years when Democrats and Republicans split control, he says the final days would be filled with drama, threats, and last-minute horse-trading. In contrast, he says, the final 48 hours this year were almost anticlimactic.

That’s not to say there weren’t some surprises. Adam Beam of the Associated Press says there were several instances where lawmakers took an existing bill, replaced its original provisions with completely new language, and then approved it in hours. He says it normally takes five days to pass legislation.

One such bill started out as a law enforcement training measure and ended up allocating $15 million for an unnamed economic development project the Bevin Administration hopes to lure to eastern Kentucky. Cheves says the money, either in the form of bonding or in cash from a state reserve account, would go to an industrial prospect on the condition that it invests $1 billion in the project starting no later than June of 2018.

Senate President Robert Stivers (R-Manchester) would not identify the company but said Kentucky was one of two finalists for the project. Cheves says the project would create 1,000 construction jobs at the beginning, and then 500 permanent jobs paying an average of $75,000 a year. House Bill 482 passed both chambers without opposition.

House Bill 72 is another development measure that squeaked by at the last minute. It would require individuals or organizations that seek to appeal a zoning decision to post a bond. Beam reports that supporters of the measure said it would limit frivolous lawsuits while opponents feared it would dissuade people from challenging development projects. After some arm-twisting on the House floor, Beam says a subsequent vote resulted in a 51-39 passage of the measure.

Sweeping Changes to Education
Lawmakers made Kentucky the 44th state to allow charter schools. Antoinette Konz of WDRB-TV in Louisville says public charters could open as early as the 2018 school year.

Under House Bill 520 local school boards would authorize charters in their districts. The legislation also gives the mayors of Louisville and Lexington the option of authorizing charters for Jefferson and Fayette Counties respectively. Konz says another facet of the bill allows teachers from traditional public schools to take a two-year leave of absence to work for a charter. She says if the teacher doesn’t like the charter experience and decides to return to a traditional school job, the same pay and seniority level will be retained.

The state board of education will be required to establish guidelines for Bible literacy classes in public schools. Beam says many districts already offer courses that explore the Bible in history, literature, and culture. House Bill 128 seeks to create uniformity in what schools teach about the Bible in elective social studies classes for high school students.

Relatives of school board members will have more opportunities to get jobs with local districts under House Bill 277. Cheves says it rolls back some nepotism rules so that aunts and uncles as well as sons- and daughters-in-law of board members can work for those districts. He says the bill will prevent these relatives from being automatically shut out of education jobs, especially in small counties where the local school board is a significant employer. But Cheves says there is concern about easing nepotism restrictions.

Criminal Justice and the Law
On Wednesday the Senate gave final approval to omnibus criminal justice legislation. Senate Bill 120 seeks to smooth a prisoner’s reentry to society through greater job and job training opportunities. Beam says the measure also makes it easier for former felons to get occupational or professional licenses. He says licensing boards can no longer automatically deny someone a license based on their criminal background. The bill also creates an appeals process if a board does deny a licensing application.

House Bill 333 toughens penalties for those who traffic in synthetic opioids including Fentanyl and Carfentanil. Beam says the measure also calls for a three-day limit on narcotic pain relievers prescribed by doctors. He says the limit does not apply to cancer patients, those in hospice care, or those for whom a doctor believes a longer-term prescription is medically necessary. The bill is designed to help stem the tide of opioid-related drug addiction in the commonwealth.

Parents and school officials will now be able to more thoroughly check the backgrounds of people hired to care for children. Cheves says Senate Bill 236 requires public schools and youth camps that receive public funding to ask job applicants for a letter certifying that they have not received a substantiated finding of abuse or neglect from the Kentucky Cabinet for Health and Family Services. Parents hiring babysitters may also request such documentation, but it is not mandatory for them to do so. Cheves says some 92,000 Kentuckians have substantiated findings against them, and schools or camps cannot hire those who do.

One bill that failed to gain final passage would have limited the power of the state attorney general. Cheves says the original version of House Bill 281 sought to cap contingency fee payments to outside counsel hired by attorneys general to assist with major legal actions against corporations. Then he says Senate President Stivers added provisions to shift some attorney general powers to the governor. Then that got scaled back to limiting how an attorney general could file friend of the court briefs. In the end the Republican sponsor of the measure pulled the bill from further consideration.

Beam says the debate stemmed from tensions between Republican leaders and current Attorney General Andy Beshear, a Democrat. Gov. Matt Bevin, Stivers, and others in the GOP ranks have criticized Beshear for not defending all of the laws of the commonwealth. Beam says they also disliked how Beshear would file amicus briefs with which they disagreed.

Gubernatorial Vetoes
Legislators overwhelmingly voted to reverse four vetoes issued by Gov. Bevin. Cheves says he was surprised the governor vetoed a measure that would allow judges to order those with a mental illness to get outpatient treatment. He says the so-called Tim’s Law was designed to prevent people from repeatedly cycling through jail and psychiatric hospitals.

Mental health advocates have pushed for the legislation for five years. Cheves says Bevin vetoed the bill because the governor said it would infringe on personal liberties.

This is the first time since 2013 that lawmakers have voted to override a gubernatorial veto, according to Beam. 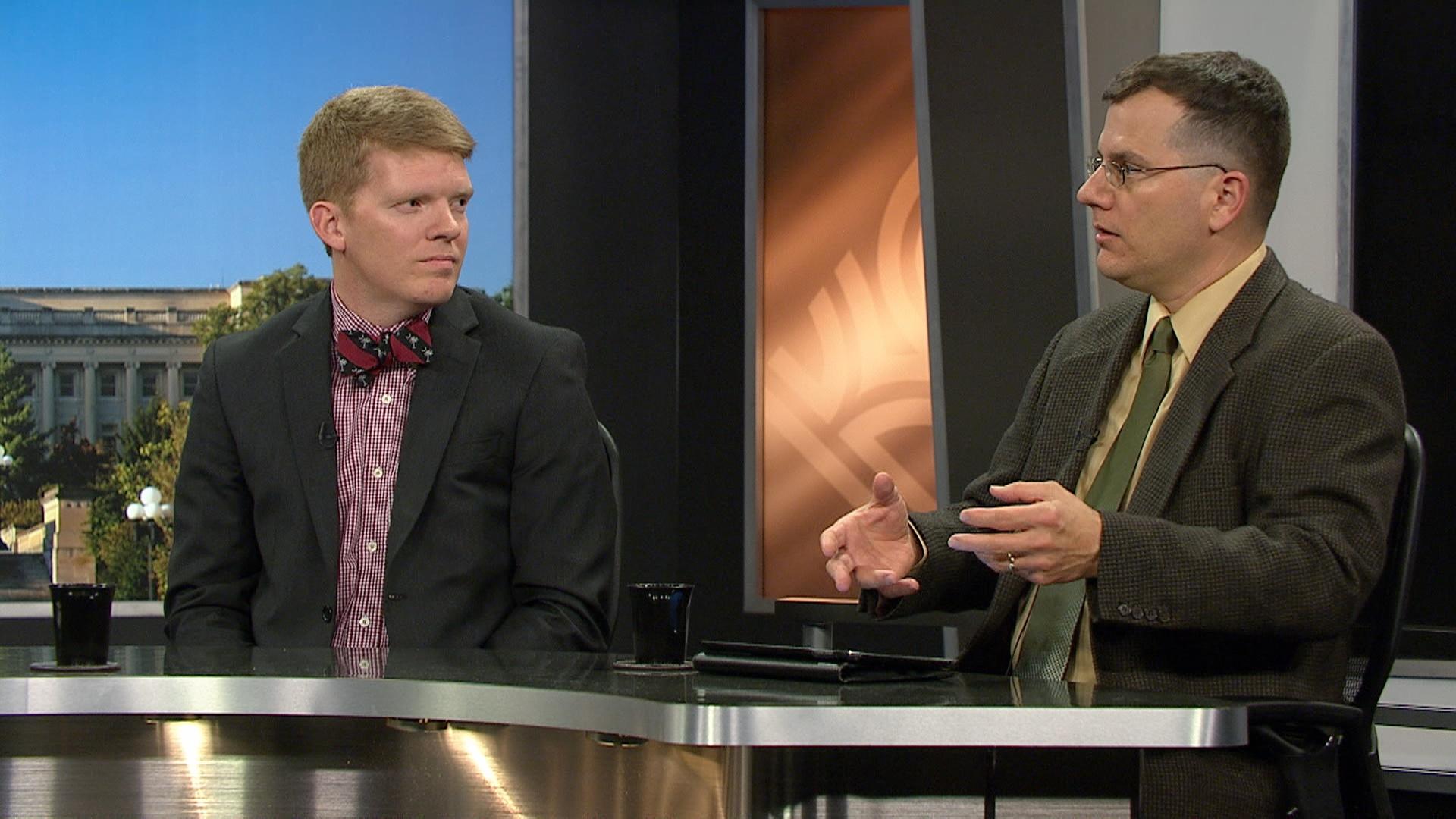