Journalists from around the state discuss news of the week with host Bill Bryant. Guests: Adam Beam from the Associated Press; Miranda Combs from WKYT-TV in Lexington; and Tom Loftus from the Louisville Courier-Journal.
S42 E30 Length 26:32 Premiere: 5.27.16

As Kentucky politicians prepare for the fall elections and the battle to control the state House of Representatives, one side starts with a significant fundraising advantage.

The journalists on Comment on Kentucky discussed money in state and federal politics, a series of recent actions by the Bevin administration, and how drug addiction is affecting health care in the commonwealth.

Money in Politics
Tom Loftus of The Courier-Journal says the Republican Party of Kentucky has $1.4 million in the bank while the Kentucky Democratic Party has about $100,000. That gives Republicans an edge in their effort to take control of the state House for the first time in nearly a century. Loftus attributes the GOP’s advantage to the fact that the party now occupies the governor’s office and seven of the eight seats in the state’s congressional delegation. Loftus says the party in power tends to draw the biggest donations from special interests.

The power position has also helped U.S. Senate Majority Leader Mitch McConnell accrue big money for a super PAC he formed last year. Loftus says the Senate Leadership Fund has raised $18 million over the past 16 months to help the GOP keep and increase its majority in the chamber. Since federal laws don’t restrict the size or source of super PAC contributions, Loftus says donations to them can be enormous. For example, he says NextEra Energy, which is the parent company of Florida Power & Light, gave $500,000 to the Senate Leadership Fund.

Loftus also says a recent investigation by USA Today revealed how members of Congress use money they’ve raised to secure prime committee assignments. The report indicates U.S. representatives are expected to give at least $200,000 to their party’s congressional committees to help other House candidates win election or re-election. Loftus says these so-called “dues” also help determine which representatives sit on which committees. The more money a representative gives likely results in them being assigned to a higher-ranking committee.

Kentucky’s congressmen of both parties are part of this process, except for Rep. Thomas Massie, R-4th District, according to Loftus. Massie is refusing to pay the $240,000 the National Republican Congressional Committee says he owes. Massie told USA Today the dues system amounts to “extortion.”

Bevin Joins Bathroom Lawsuit, Makes Board Appointments
Kentucky will enter a lawsuit against the Obama administration’s guidelines to allow transgender students to use school restrooms that match their gender identities. Adam Beam of the Associated Press says Gov. Matt Bevin decided to join with 11 other states in the suit because he opposes the federal government telling local school districts how they should operate.

In announcing his decision last week, Bevin criticized Kentucky Attorney General Andy Beshear for not filing the suit himself. Beam says that Beshear, a Democrat who has had several clashes with the Republican governor this year, contends his office has been researching the suit and was waiting for a call from Bevin to discuss the matter. Beam also notes that Bevin told the Kentucky Chamber of Commerce in December that he didn’t care about the transgender bathroom issue because the state has much bigger challenges to address.

The governor also abolished the Kentucky Horse Park Commission last week just before he re-created it with members of his choosing. Beam says Republicans have questioned the park’s financial management and criticized former Gov. Steve Beshear for appointing his wife to an unpaid seat on the commission. Democrats argue that Bevin’s move is strictly political and is a vendetta against the Beshears, according to Beam.

Last week also saw the governor appoint five new members to the Kentucky Board of Education to replace individuals whose terms had expired. Beam says the appointees have backgrounds in business and manufacturing, which he says fits Bevin’s goal to focus public education on helping train students to fill jobs needed by Kentucky employers.

Health Care Issues
Health insurance companies that operate in the commonwealth have requested an average increase of 17 percent to their base rates. Beam says the base rate is only one factor that carriers use to determine what individual premiums will be. But he adds that when base rates increase, premiums usually do as well.

Miranda Combs of WKYT-TV in Lexington reports that air ambulance flights to Kentucky hospitals are on the increase. She says EMTs are requesting helicopter transports to bigger hospitals because there are fewer emergency treatment options in rural communities and because it could take too long to drive a patient to the closest hospital. She says the flights can cost an average of $34,000 a trip, of which insurance typically pays half.

Combs says some air ambulance companies are offering memberships that would cover the patient’s portion of a helicopter flight. She says Junction City in Boyle County pays $12,000 a year to an air ambulance company to cover any resident of that community who needs to use the service.

Kentucky counties continue to struggle with the effects of prescription opioid and heroin addiction in the commonwealth. Combs says first responders in Lexington have had to request more money from the city to buy the overdose reversal drug Narcan (also called Naloxone). She says a single dose of the medicine cost $4 in 2010. Now the price is $38 per dosage.

Another challenge is how to care for babies born to drug-addicted mothers. She says some small-town hospitals send newborns out to larger facilities that are better equipped to handle the detox procedure for infants, while other providers are trying to treat the mother’s addiction before the child is born. Combs says that process is controversial among some pediatricians because once the babies are born, they still have to be weaned off the addiction treatment drug the mother had taken. 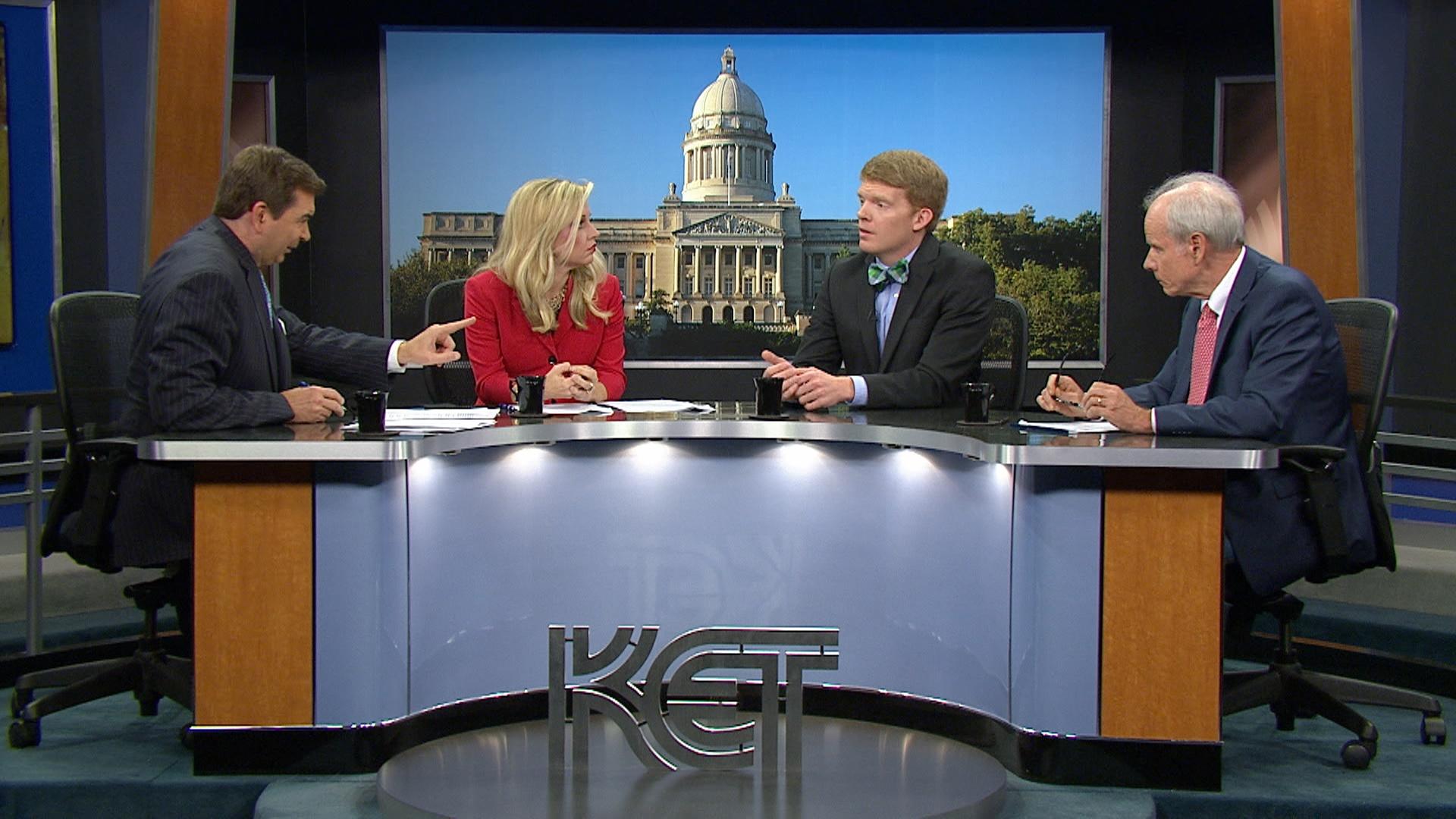