Another week has passed and there’s still no sign of a special legislative session to tackle pension reform. That’s left some wondering whether there’s enough time to convene lawmakers before the Christmas holiday and the start of the regular General Assembly session on Jan. 2.

The journalists on KET’s Comment on Kentucky discussed the latest on state pensions and the sexual harassment investigation that’s underway in the House of Representatives. They also reviewed several options for tax reform and other news from around the commonwealth.

Pension Update
Gov. Matt Bevin admits the allegations of sexual misconduct by former House Speaker Jeff Hoover and three other House Republicans have delayed his plans for a special legislative session on pension reform. But the governor still plans to call lawmakers to Frankfort this year, according to Lawrence Smith of WDRB-TV in Louisville.

Bevin has requested a new analysis of how the proposed reforms would impact the Kentucky Teachers’ Retirement System. Smith says the initial review by consultants showed that reforms to KTRS would cost the state $4.4 billion more over 20 years than if lawmakers made no changes. The governor wants the analysis to be extended beyond the 20-year mark, where he says the savings will begin to accrue.

Some lawmakers including Senate President Robert Stivers (R-Manchester) weren’t surprised by the results of the review because they expected the biggest expenditures to come in the near term. But Smith says the multi-billion overrun predicted in the financial analysis has caused other lawmakers to reconsider their support for the reform bill.

A similar review of how the reforms might impact the Kentucky Retirement Systems was due to be made public last Monday. Kevin Wheatley of Spectrum News says state Budget Director John Chilton opted to keep that analysis private for now as the Bevin Administration works behind closed doors to rework the draft legislation.

Sexual Harassment Investigation Continues
State Rep. Jim Wayne (D-Louisville) filed a complaint last week with the Legislative Ethics Commission seeking an investigation into the secret sexual harassment settlement made by four lawmakers. A law firm hired by House leadership is already investigating the scandal that caused Rep. Hoover (R-Jamestown) to resign as Speaker of the House.

The results of that investigation are expected sometime this week. Wheatley reports that Speaker Pro Tem David Osborne (R-Prospect) says he will likely forward that information to the ethics commission for potential further action.

Smith says Wayne wants to know what happened between the accused lawmakers and the legislative staffer who made the claims of misconduct. Wayne also wants to know who paid the settlement. Legislative Research Commission Director David Byerman said no public funds were used, according to Smith. He says such a pay out would have been processed through Byerman’s office.

If the ethics commission does launch an investigation, Wheatley says it has the power to call witnesses for public testimony. If the commission finds evidence of wrong-doing, it can reprimand or fine the offending lawmakers but it can’t remove them from office. Smith says only the chamber in which the lawmaker sits has the power to remove one of its members. But he says the commission can forward its findings to law enforcement for a criminal investigation.

Meanwhile the former speaker has been released from the hospital. Following his resignation as speaker on Nov. 5, Hoover experienced tightness in his chest. Wheatley says Hoover was hospitalized for several days for tests and observation of a heart-related issue.

Revenue Woes
Whether pension reform happens or not, the state still faces a brutal budget outlook for the new biennium. Smith says state Rep. Joni Jenkins (D-Shively) is among Democratic lawmakers calling for new revenues from expanded gaming, legalized marijuana, or other sources. Many of those Democrats still argue that tax reform should be completed before pension reform, says Smith.

Raising taxes won’t be easy, according to Bill Estep of the Lexington Herald-Leader. He says the new Republican majorities in Frankfort don’t want their legacies to include a tax increase during their first terms.

Gov. Bevin has pledged a thorough review of all tax exemptions offered by the state. Estep says the commonwealth collects about $10 billion in revenues each year, but loses $12 billion annually to various tax breaks. For example, the state does not levy property taxes on luxury houseboats. Estep says that break was written into law after a marine operator in western Kentucky contacted his state legislator to complain that the high tax on houseboats caused people to move their vessels to Tennessee.

Other exemptions include no sales tax on legal services, which costs the state more than $120 million a year, says Estep. The state also loses $8 million by not taxing sales of tombstones, even though it does apply a sales tax to coffins. Estep says the big problem with Kentucky’s tax code is that it’s still rooted in an old-time agrarian economy rather than the modern service economy.

The state Road Fund, which is separate from the General Fund, is facing its own revenue problems. Wheatley says lawmakers are considering an increase to vehicle registration and drivers’ licensing fees that have remained largely unchanged for years. He says legislators could also change how the gasoline tax is calculated, and they could enact an annual fee on hybrid cars that use Kentucky’s roads but consume little gas.

Other State News
The state Justice and Public Safety Cabinet will partner with Operation UNITE on a hotline for those seeking help with a substance use disorder. Wheatley says people who call 1-833-8KY-HELP will be connected to local resources for addiction treatment and recovery. The hotline is part of the Bevin Administration’s “Don’t Let Them Die” campaign to combat the opioid crisis.

Attorney General Andy Beshear has joined more than 40 other state attorneys general in requesting Congress to repeal the Ensuring Patient Access and Effective Drug Enforcement Act of 2016. Estep says that measure makes it harder for law enforcement to crack down pharmaceutical manufactures and distributors who oversupply opioids to the marketplace.

Secretary of State Alison Lundergan Grimes has formed a task force to explore the use of medical marijuana in the commonwealth. Smith says Grimes has heard from chronic disease patients and veterans with PTSD who say medicinal marijuana can alleviate their suffering. Smith reports that Republican lawmakers criticized the move, saying drug policy isn’t the purview of a secretary of state. But Grimes, a Democrat, argues it’s everyone’s responsibility to protect the health of Kentuckians.

The Department of Corrections will reopen a private prison in Lee County to house 800 inmates being moved from the state reformatory in LaGrange. Estep says the facility in Beattyville was one of three prisons operated by Corrections Corporation of America, which is now known as CoreCivic. He says the state had closed those prisons after inmates rioted and guards sexually abused female prisoners.

The move to reopen the Lee County Adjustment Center comes amid overcrowding issues and high operations costs at LaGrange, says Estep. Justice and Public Safety Cabinet Secretary John Tilley says the new contract with CoreCivic is written to hold the publicly traded company more accountable than the previous agreements did. 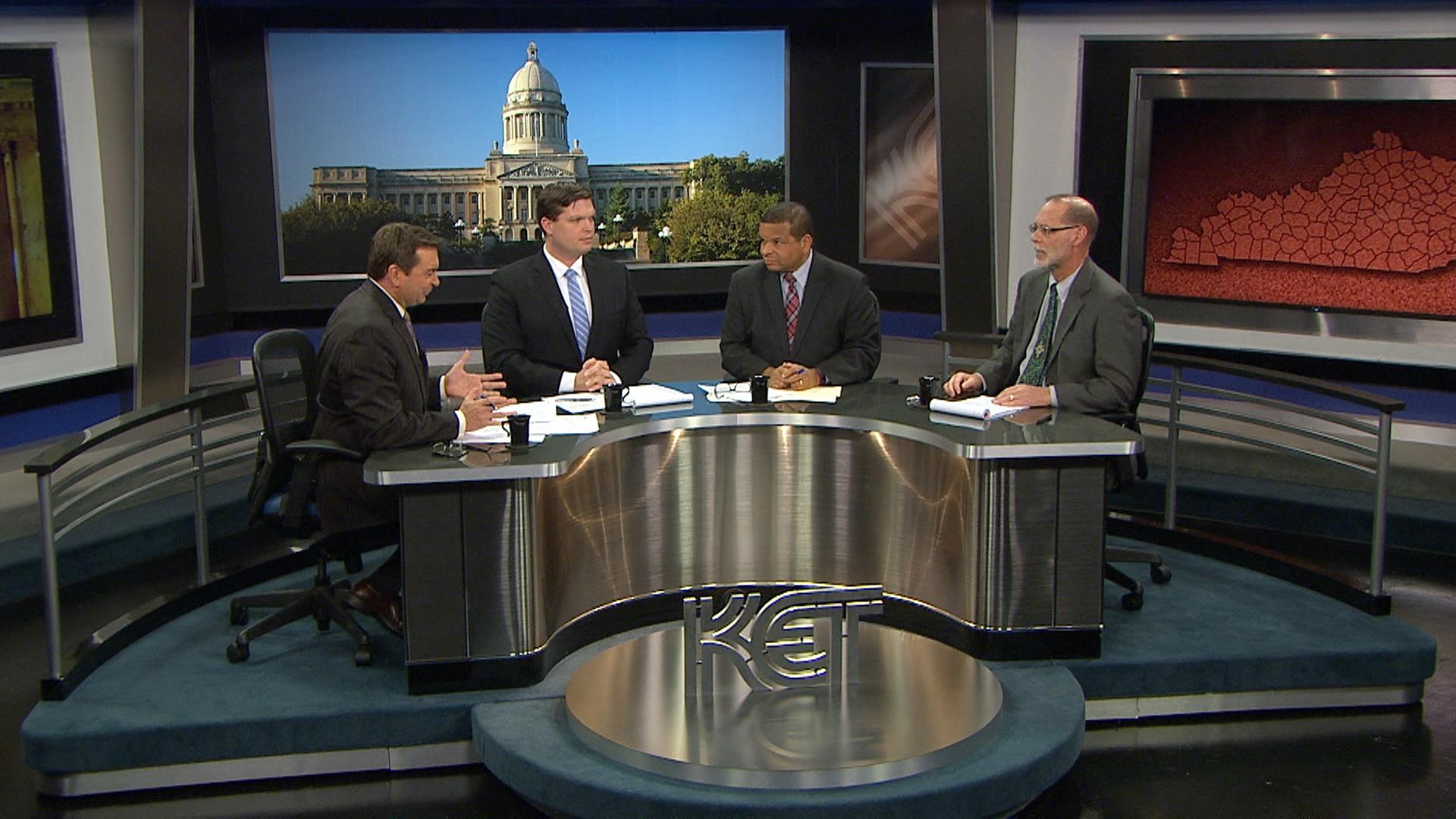