Bill Bryant and a panel of journalists discuss the week's news, including the latest on the fall political campaigns. Guests: Jack Brammer of the Lexington Herald-Leader; Joseph Gerth of the Louisville Courier-Journal; and Kevin Wheatley of cn|2.
S42 E50 Length 26:31 Premiere: 10.14.16

Despite the videotape of Donald Trump’s lewd conversation and ten women alleging that he inappropriately touched them, the GOP presidential nominee is still expected to do well with Republican voters in the commonwealth.

That’s the assessment of the journalists appearing on this weekend’s edition of Comment on Kentucky on KET. The panel discussed the scandal that’s dominating coverage of the presidential race as well as other election news from around the state.

Kentucky Reacts to Trump Imbroglio
Joe Gerth of The Courier-Journal says the presidential race hasn’t changed much for Kentuckians since the release of the Trump tape ten days ago. He says state and federal GOP lawmakers from the commonwealth have denounced Trump’s comments about women, but they’re still supporting him over Democratic nominee Hillary Clinton. Gerth says the matter may cost Trump some votes among Republicans in the state’s urban areas, but he says even that damage will be fairly limited.

Kevin Wheatley of cn|2 says he’s curious to see how voters in western Kentucky might react. He says many counties there favored the more evangelical Texas Sen. Ted Cruz in the Republican presidential caucus in March.

Not all conservative Christians are staying with Trump, though. Jack Brammer of the Lexington Herald-Leader says Southern Baptist Theological Seminary President Al Mohler wrote a Washington Post opinion piece encouraging evangelicals to keep their distance from Trump. Mohler won’t support Clinton but will instead write in a name for his presidential selection, according to Brammer.

After calling on Trump to “to apologize directly to women and girls everywhere,” U.S. Sen. Mitch McConnell has gone silent on the issue. Wheatley says McConnell has told reporters as well as constituents at meetings last week in Danville and Elizabethtown that he won’t discuss the New York real estate mogul. Wheatley says McConnell approves of Republican Senate candidates who choose to distance themselves from Trump to preserve their own election chances.

The issue even reached into the sports world as former University of Kentucky football star Jacob Tamme took to Twitter to criticize Trump for saying his videotaped comments were standard locker room fare. Gerth reports that Tamme said such language is not used in any locker rooms he’s been in, and that such statements are not appropriate anywhere. Tamme now plays for the Atlanta Falcons and has been active in the Fellowship of Christian Athletes, says Gerth.

The Senate Race
Kentucky’s U.S. Senate candidates aren’t exactly embracing their respective parties’ presidential nominees, says Brammer. Democrat Jim Gray doesn’t reference Clinton, who has been criticized for comments she made about the coal industry earlier this year. The Lexington mayor is battling to be the first Democrat to win a U.S. Senate seat from Kentucky since 1992. Brammer says Gray still faces name recognition problems among some voters.

Meanwhile Kentucky’s junior senator, Rand Paul, doesn’t want to get too close to or too distant from Trump, according to Gerth. He says Paul called Trump’s remarks “appalling,” but has said little else about the incident. Gerth says Paul doesn’t want to risk alienating voters in eastern Kentucky who believe Trump will be able to revive the coal industry there.

Gray has launched ads attacking Paul, says Gerth, but he says the Democrat isn’t spending the kind of money it will take to unseat an incumbent senator. Wheatley adds that Gray’s commercials so far have targeted the Louisville and Lexington media markets. He says Gray has only recently gone statewide with some of his advertisements.

State Politics
Kentucky isn’t the political bellwether it used to be in presidential elections. From 1924 to 2008, Kentucky chose the presidential candidate that eventually won the White House in all but two elections, according to Gerth. And the state used to be a more popular stop for presidential candidates. For example he says Bill Clinton and President George Bush both made election eve stops in the commonwealth during the 1992 campaign.

But as the state grows redder, especially in federal elections, Gerth says Kentucky likely won’t be a player in the foreseeable future. He says other states like Texas and Georgia are in play because they have more demographic diversity, whereas Kentucky has a stable population of predominately white voters that are increasingly Republican.

That shift is playing out in heated races for the state House of Representatives, where Democrats have held a majority since the 1920s. Wheatley says two super PACs have emerged as key players in those contests. He says Kentucky Family Values, which focuses on education issues and gets significant funding from teacher unions, is backing Democratic candidates. On the GOP side, he points to Kentuckians for Strong Leadership, which backed Sen. McConnell in his 2014 reelection bid, and the Republican State Leadership Committee.

Kentuckians for Strong Leadership is investing heavily in incumbent Rep. Denny Butler, the Republican candidate in the 38th House district race in southwestern Jefferson County. Wheatley says more than $100,000 is going to that contest against challenger and Louisville attorney McKenzie Cantrell. Butler is a former Democrat who changed his party affiliation late last year, and the district twice voted for Barack Obama for president. Gerth says it’s a tough race for Republicans to win, but he says “all bets are off” given how much money GOP allies are pumping into the contest.

The state Republican Party has accused Cantrell of improper campaign finance activities. Wheatley says the issue stems from whether Cantrell, who is a registered lobbyist, solicited donations at a Democratic fundraiser. He says state law precludes lobbyists from donating to or raising money for legislative candidates. Wheatley says Cantrell denies the charges. She said the complaint shows how desperate Republicans are to hold the seat. 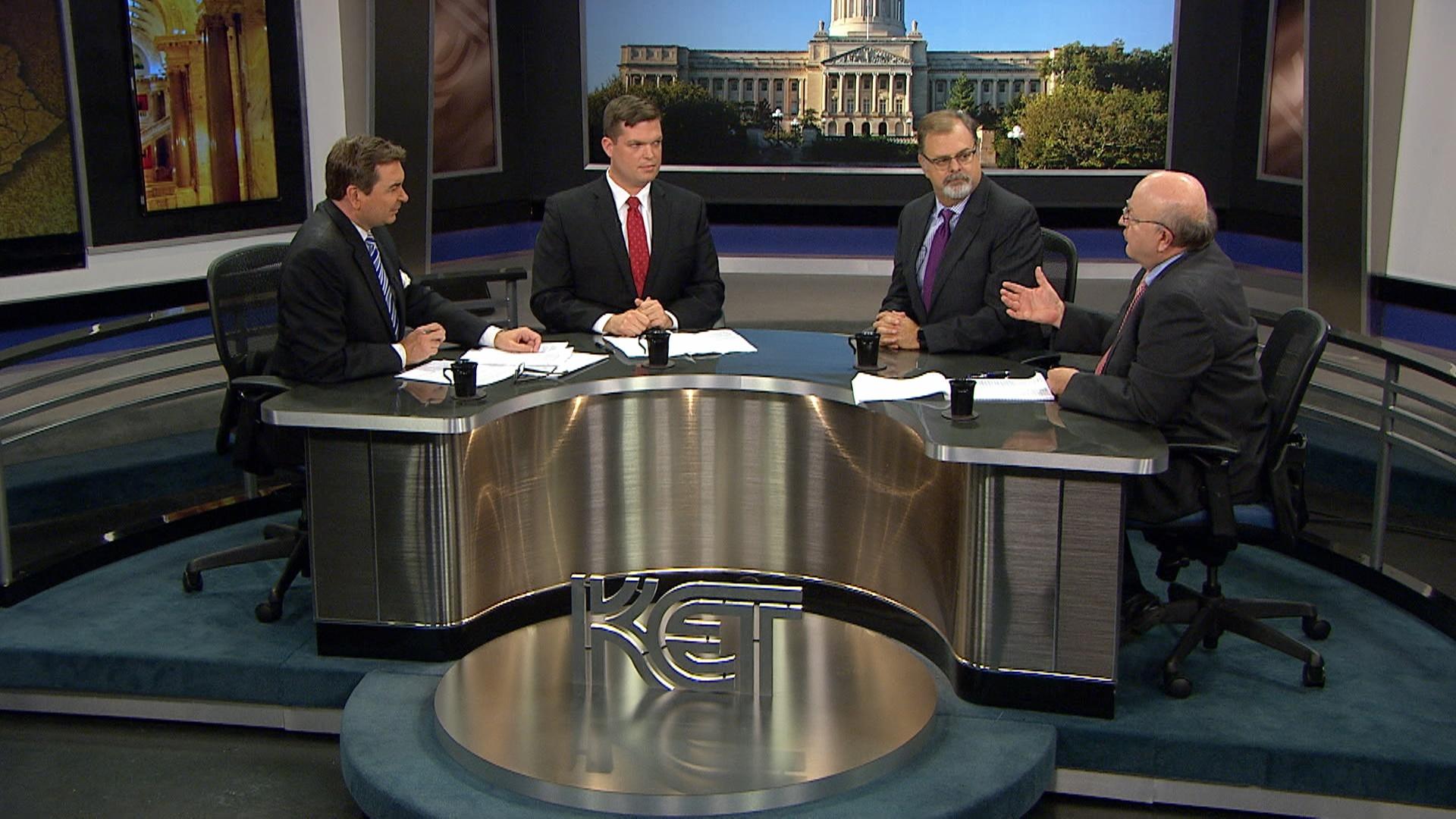