Host Bill Bryant and journalists from around the state discuss the week's news. Guests: Janet Patton of the Lexington Herald-Leader, Tom Loftus of the Courier-Journal, and Nick Storm of cn|2.
S41 E46 Length 26:33 Premiere: 9.18.15

The first televised debate of the three candidates for governor featured a few jabs, some sharp elbows, even a few bolo punches (yes, we had to look that one up too) but no knock-out blows.

The panel on Comment on Kentucky reviewed last week’s meeting of Matt Bevin, Jack Conway, and Drew Curtis, and discussed how that debate may shape the campaigns in the weeks ahead.

Recapping the Debate
Tom Loftus of the Louisville Courier-Journal says despite the bolo punches there were no game-changing gaffes at last Tuesday’s forum at Bellarmine College in Louisville. The big surprise of the evening, according to Loftus, may have been the performance of independent candidate Drew Curtis. Loftus says the Lexington Web entrepreneur was funny and articulate, and benefited from not having to fend off attacks from his opponents.

That’s because Democrat Conway and Republican Bevin were too busy assailing each other. Nick Storm of cn|2 says Bevin maintained his image as the confident-sounding salesman, and Conway as someone still not entirely comfortable under the television lights. Storm says he sees Bevin as shifting his campaign from specific issues to broader themes like religious freedom, which could help energize conservative Christian voters.

On Conway’s part, Janet Patton of the Lexington Herald-Leader says the Democrat may want to rethink his answer about making the capitol a safer workplace for women. Conway responded that he has good relationships with strong women, including his female dog. Patton says the remark came off as flippant and will likely come up in this week’s debate between the lieutenant governor candidates, Republican Jenean Hampton and Democrat Sannie Overly.

With only seven weeks left in the campaign, Matt Bevin has finally hired a communications director. Nick Storm says the Republican has suffered from poor relations with the media, and the appointment of GOP operative Jessica Ditto is an effort to address that problem.

The next scheduled televised meeting of the gubernatorial contenders is Oct. 6 at Centre College in Danville.

The Presidential Race
Kentucky will have a presidential caucus next year. The event was contingent upon Sen. Rand Paul’s presidential campaign delivering a $250,000 down payment to the Republican Party of Kentucky, which it did by Friday’s deadline. The money will help defray the expenses of the statewide caucuses.

Since Kentucky law prevents candidates from running for multiple offices on the same ballot, Paul needs the caucus to facilitate his presidential bid and his reelection campaign for the U.S. Senate in 2016. Nick Storm says Republican voters attending the caucus will vote by secret ballot instead of publicly aligning with a specific candidate.

Since the Kentucky caucus is slated for early March, Tom Loftus says other Republican presidential contenders will likely enter the contest. He says Jeb Bush is coming to Louisville for a Republican Party fundraiser this week. Loftus adds that the former Florida governor is expected to pay the $15,000 candidate-filing fee to enter Kentucky’s caucus.

On the Democratic side, state Rep. Steve Riggs (D-Louisville) will lead the Kentucky effort to draft Vice President Joe Biden into the 2016 race. Given Kentucky’s late primary, Nick Storm says the state is rarely a player in presidential contests. But he says Riggs wants to coordinate support and funding for Biden should he decide to enter the Democratic primary.

Races with Actual Horses
If Kentucky-bred Triple Crown winner American Pharoah does run at the Breeders’ Cup, local race officials expect a huge boost in attendance for the event. Janet Patton says the Thoroughbred’s appearance could draw an extra 20,000 people to Cup races being held at Keeneland at the end of October.

The horse is already impacting the state’s Thoroughbred industry, according to Patton. She says American Pharoah is drawing new people to the sport, which has resulted in strong interest in the September yearling sales at Keeneland. Patton also says the state expects to have its largest crop of Thoroughbred foals since 2010.

And officials opened a new instant gaming parlor at Lexington’s Red Mile last week. Patton explains the games look like traditional slot machines but allow patrons to bet on the outcomes of actual horse races from the past. Red Mile and Keeneland partnered to install more than 900 of the instant race machines.

But the future of historical racing is uncertain. Patton says a lawsuit in Franklin Circuit Court challenging the legality of the games is expected to be decided next year. But if the state starts to see significant revenues from the new games, Patton says lawmakers will likely move to ensure the lawfulness of the machines. 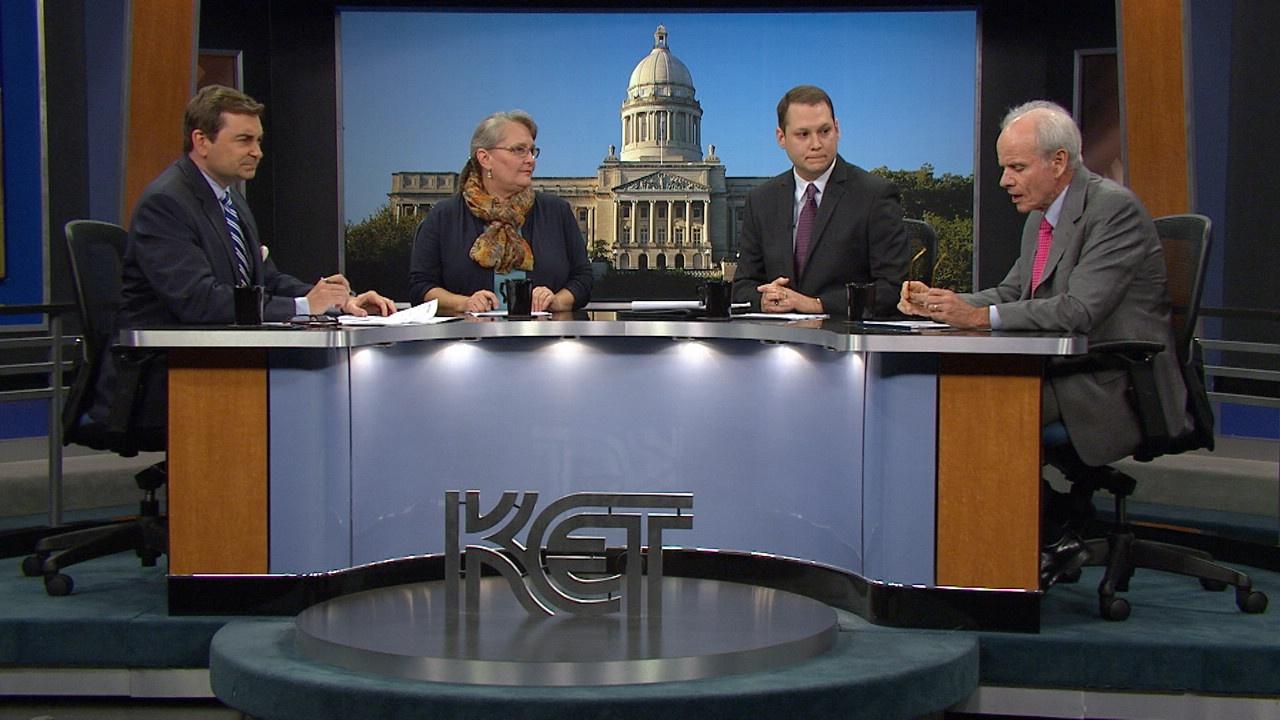